Beyond The Regret Hangover – Thoughts On Letting Go 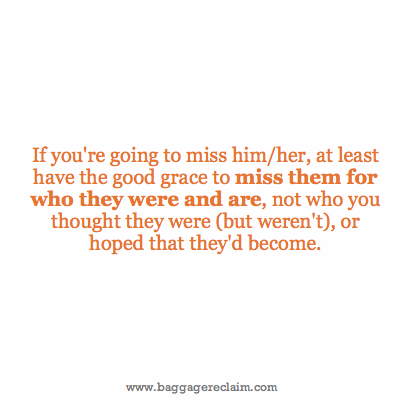 Following on from my last post on regret hangovers, I wanted to share some thoughts on letting go because many people convince themselves that ‘letting go’ is something that happens passively, when actually, it’s a choice, one incidentally that you have to actively keep choosing to do. If you decide to let go on a Monday but then you have an off day on the Thursday, you have to make that choice otherwise you turn in the other direction and opt to hang on.

Letting go is deciding to be done.

Are you done? If you’re not done, why aren’t you? Don’t let your ego keep you holding on because not only can it end up feeling like you’re clinging on to barbed wire (especially if the person is toxic or your self-esteem is depleting) but you’ll end up regretting letting your ego be in the driving seat.

Letting go involves a willingness to move on as well as an acceptance that moving on is going to happen.

I’ve seen people devastated by bereavement. They know that they’re not going to move on immediately but that in time, they have to go back to work, laugh again, see friends, be frozen on the spot by suddenly being filled with memories while going about their business and they basically live as best as they can. Some days they win, and some days they’re not so successful at but they keep going. Sometimes we can feel guilty for ‘getting back to normal’ because we realise that we’ve been going through a good patch – this is when you have to be careful of reinvigorating your holding on efforts.

It’s tough, especially when you feel like there are some answers that you could do with, but when you make the decision to move on and let go, it means that you’re not looking to add anything. After a while, holding on becomes “Let me see what new pain I can find for myself”.

Now I know you may be tempted to drag last year into this year or maybe you already have… but it’s time to make a commitment to letting go. If you’re not moving on or willing to keep making the decision to let go, you’re saying “I’m not done yet” and “I’m not willing to forgive me”.

While you will experience painful feelings as you grieve the loss of your hopes for this person or situation, you’re not inviting any new pain into your life.

If you keep chasing them for attention and validation or suppressing your feelings with drink, drugs, overworking, eating etc, you’ll feel far worse than you will from the healthy releasing of emotions and thoughts.

I used to be afraid of feeling, afraid of crying, afraid of letting the thoughts in. All that energy I put into avoiding these things brought me a world of pain, much more I should point out, than if I’d had the courage and willingness to be vulnerable.

Be more willing to draw a [positive] lesson from the experience than you are to reignite conflict or pain. It’s like reopening a wound and throwing salt on it, or… revisiting your vomit.

The moment you choose to start focusing on reintegrating yourself into your life and finding a different purpose is the moment that you take back control of you instead of trying to control the uncontrollable.

Letting go is pretty difficult to do when you’re neglecting you in the present.

Nurturing you buffers you against the pain of raking over what’s already passed which yields to blame, shame, guilt and obsessing or ruminating about the future where you try to anticipate what’s next including anticipating doom or where you’re unwilling to face the future and make decisions for fear of it taking you away from your past.

Holding onto the past can be a way of avoiding responsibility for your own life. When you spend your life being angry for where others have failed you in the past and make them responsible and accountable in your mind for why you’re not being and doing X,Y,Z now, you’re absolving you of taking action and making choices. It’s like “They’ve effed up so I can’t do any better”. Actually, you can give it a damn good shot at. It’s not that these people aren’t wrong but at some point you have to question why you’re devoting your whole life to ‘making them pay’ or trying to make them change.

Letting go is a decision to stop living in the past. Come back to earth. Fast.

Don’t devote too much energy to feeling angry that they’re not thinking, feeling and acting like you are. Does it matter if he/she is “happier” or doing “better”? You’re two different people who handle things differently and may even be faced with different circumstances. If you compare how you’re each living your lives including your own values and characters, that will give you a clue into why they’re ‘bouncing back’ (they may have an emotional airbag too). It’s hard, but they don’t have to go at your pace. Some people don’t want to feel a damn thing and will throw themselves into the nearest relationship. Or bed. Or dating site. Or fantasy.

If you’re going to miss him/her, at least have the good grace to miss them for who they were and are, not who you thought they were (but weren’t), or hoped that they’d become. 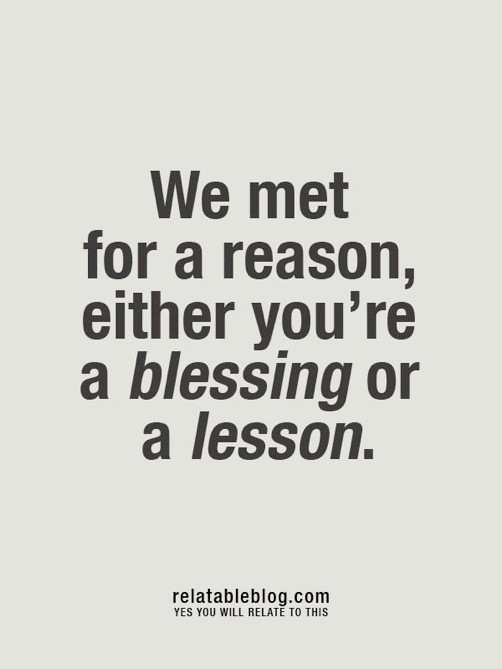 Not all good things last. I learned this as a child when my mother would get upset with me because I didn’t want a great day out to end. I wanted it to last ‘forever’ and the potential disappointment would seemingly affect me and this would wind up my mother who would think I was ungrateful. Not all good things last. It would be great if they did but we have to appreciate them for what they are or were.

Disappointment is understandable but also inevitable – you don’t learn how to handle disappointment by never handling it and coming out the other side.

It’s difficult to move on when you’re at extremes – you’re either consumed by near hatred or convinced that this person is the key to your life. Don’t hold onto either of these sets of thoughts and feelings.

If you can’t forget or move past what someone has done, this is OK but you can’t hang around them and attempt to make him/her not forget and move on either. Yeah some people don’t even want to spend so much as a hot minute contemplating what they’ve done and experiencing and expressing genuine remorse, but we can’t hold people hostage until we feel ready to move on.

And don’t hold on to a bullshitter or a bullshit situation because bullshit begets more bullshit, something that you don’t need in your life. If they’re lying, deceiving, manipulating, chopping, mind effing, tap-dancing all over your boundaries and taking advantage of and abusing you, let go and flush as many times as needed.

Have a great weekend, x

Why Doesn't He Envision a Committed Relationship With Me?
Miss You, Miss You, Oops, But I’m Not Getting Back With You: When Your Ex Says They Miss You But You...
Advice Wednesday: How Do I Stop Shaming Me Over My Past Relationships?