Can You Forgive You? 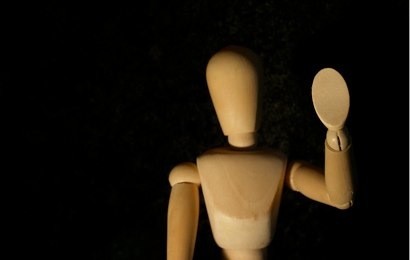 Most people who have been on the crappy end of the stick of an unhealthy relationship, really struggle with forgiveness, which is unsurprising when you consider that forgiveness is often mistaken for reconciliation, or a misguided conclusion that the person who ‘wronged’ you will change, or that you’re going to get struck by some sort of emotional lightening where birds sing and unicorns come skipping through.

For a start, I can tell you without a shadow of a doubt, that forgiveness that’s basically done under duress where you’ve been badgered and guilted into ‘letting go’ is never sincere. There’s a lack of respect for how you feel and there’s this expectation that you have to let go on the other person’s beat, when their beat may actually be “Please hurry the eff up and erase this incident so I can forget about it.”

I don’t need to forgive any of my exes, just like I don’t need to do some sort of roll call and round up everyone in my life that has pissed me off or hurt me. This doesn’t mean that I’m bearing any grudges or wishing them any ill – I’m just not that powerful. It’s not like someone does something to you and then a court order goes out that tells the other person that their life cannot proceed until you’ve granted them forgiveness. Often, as many of you have discovered, they get on with their lives regardless, and then you’re left there with this fiery ball of resentment, frustration, and anger.

Forgiveness has its most powerful effect on you, simply because whether you actively think about the fact that you haven’t forgiven them or find it difficult to forgive yourself, the greatest impact will be felt by you.

What many of us don’t realise is that when we have a pretty fragile relationship with ourselves and struggle with admitting what we consider are ‘mistakes’ or ‘failures’, plus struggle with disappointment and what we perceive as rejection, we make judgements about ourselves. This is why all it takes is for you to have one experience where you internalise negative conclusions about yourself, to change how you feel about you, your subsequent relationships, and life in general. Then imagine that you have several experiences or have long ago judged yourself as a child – each incident is then thrown into the big rejection and hurt pot and seen as further confirmation of the judgement you’ve made.

Experience has taught me, that the first step in letting go of anger, resentment, and frustration is really making an initial decision to begin to let it go and then committing to it so that your efforts are geared towards resolution and moving forward instead of throwing fat and coal on the fire. This is because much as we may like to think that saying it means it’s gone, we all know that the feeling is still there.

You have to make a choice about where you continue to put your energy – in finding more reasons to be angry and to punish you, or repairing your relationship with you. Opting for the former, is like when you take someone back after they’ve cheated on you claiming that you’ve forgiven them, and then keep reminding them at every opportunity.

A couple of days ago, I had to lay it down to my wedding dress designer. Six weeks of being passive aggressively managed by text, calls being dodged, and me already having paid, I drew my line. Firmly. The dress was either to be collected at 5pm yesterday or I’d walk away and have a refund. The dress was collected. The moment the best man said that he had my dress, drama was over.

Of course, the whole saga did mean that earlier that day, I’d wondered if I should tell her to stick my dress where the sun doesn’t shine. I don’t appreciate being mugged off and due to growing up in a high drama environment, I try to keep the drama to a minimum in my life. Would the dress mean all sorts of negative things? Would it be symbolic of me letting myself down?

Er, no. It’s just a dress. My problem was with the designer, not the dress.

Could I have done a few things differently? Due to the way that she operated, the key things would have been, 1) raised my concern about the lack of communication in that first two week period where the spidey senses were going and 2) turned off my accommodating switch around the same time.

Does me dropping the ball and her own behaviour represent me having low self-esteem or an opportunity to judge myself? No – there are things I can learn but I sure as hell am not going to internalise this experience and give a silk dress that much power over me.

And maybe this is what we need to remember about forgiveness – the judgements we’ve made about ourselves that are preventing us from moving forward, don’t have to remain in place. Your experiences don’t have to have the retain the meanings that you’ve given them.

When I stopped judging myself so harshly (which was ridiculous really because like a lot of people, I judged myself waaaaay harder than I ever judged any person I was involved with), and was actually more compassionate with me and listened, I changed the perception of myself in the context of these experiences.

You can too. You being in a relationship with someone who treated you without love, care, trust, and respect, doesn’t have to mean that you’re doomed, or that the last chance saloon has gone, or that you’re not good enough, or that you’re unlovable. It doesn’t.

I’ve spoken/corresponded with so many readers who have had similar childhood experiences, such as an absent father – so much of the resentment, frustration, anger, and grief in me faded away when the meaning of his absence stopped being “My father wasn’t around because I wasn’t good enough.” Instead, his absence is a reflection of him and his relationship with my mother. I’m just not that powerful.

If you’ve done things that leave you feeling embarrassed or even humiliated, bathing in blame and shame is not going to help you. Being compassionate and supporting yourself to overcome what brought you to this juncture in the first place is putting you on a path to forgiving you. You’ve got to start somewhere – you can keep raking over something and doing stuff that basically punishes you, but the fact that you’d do this means that you’d never really be in enough of an objective position to know where to say ‘enough’ and focus on recovery.

Should you be punishing yourself anyway? Isn’t that just repeating behaviour that keeps you stuck in a cycle from your childhood? It’s like taking on the role of being an aggressor and warden in your life. You need your love.

You also have to recognise that if and when you do forgive someone, they’re not going to change a perception that you have of you or your experiences. Just ask someone who doesn’t feel good enough that tends to blame themselves for everything – when someone tells them it’s not their fault, they just find something else to flog themselves with.

Sometimes you’ll say it out loud that you forgive you, and sometimes you’ll look up from a life that you’ve been gradually moving on from a painful experience and recognise that you’re feeling good and treating you well. What I do know is that as long as you participate in a painful situation or keep reliving it or decide that you can’t proceed until you’ve completed your self-imposed purgatory, you will continue to feel anger and resentment that’s not going anywhere, so you don’t get to give way to the lesson in your experiences and the opportunity for growth.

Oh and my assistant Kate and I finally made a trailer for Mr Unavailable and the Fallback Girl that went live a little while ago.

Check out my book and ebook Mr Unavailable and the Fallback Girl to change your perception of you and your relationship experiences.

45 Tips For Surviving Christmas/The Holidays Whether You’re Single, In a Relationship, No Contact or...
Awareness of our patterns gives us the space to be better than before
Podcast Ep. 248: Keeping It Real About Self-Esteem