Can you elevator pitch your relationship issues or breakup? The importance of summarising and identifying issues 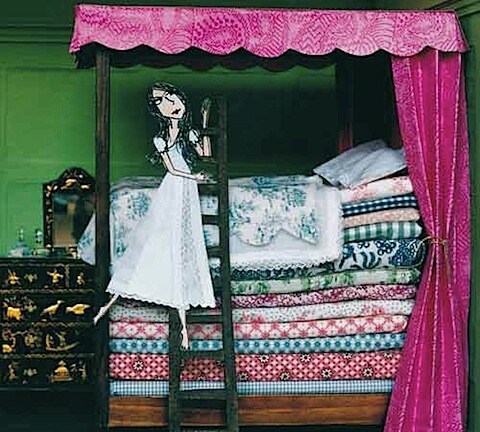 I remember several years ago after a breakup that people would ask why we’d ended and I’d launch into the full tale. After a few weeks of matinee and evening performances, I noticed that the explanation time was shrinking from A Very Long Time, to several minutes, and eventually to less than a minute. Not only was I bored of the sound of my own voice, but it worried me somewhat that it would take so long to get to the point – we broke up because we were incompatible and were both in the relationship and originally attracted to each other for the wrong reasons.

In business, people like business owners and product developers use an elevator pitch to summarise their products, service, or business in anything from thirty seconds to a couple of minutes. It’s invaluable because it helps to cut through the fluff and get to the nuts and bolts of the offering and sell the business/concept effectively.

I get a lot of people telling me about their relationships and some say the same rehearsed tale time and time again but are no closer to identifying why their relationship ended. I get it – feelings are hurt, emotions are involved and it may feel like there’s a lot of ground to cover and that everything or the person is very complicated. It’s not.

How we choose to view the relationship or their actions & how much we read into them is complicated but the situation or what they’re doing is actually much simpler…it’s just that we often don’t like what the simple meaning is. That and we often add layers of excuses, denial and all sorts onto it.

While being able to describe your relationship chapter and verse certainly has its uses, it’s also important to be able to summarise why your relationship isn’t working or didn’t work out so that you identify the problem(s). Often we go into an extensive explanation to make ourselves feel better about the fundamental reasons, reasons that you may actually be trying to avoid.

Remember the fairy tale The Princess and the Pea where the queen hid a pea under the mattress to prove if the girl the prince loved was actually a real princess? Well imagine all the illusions and excuses that you add on to the story of why things are not working as the mattresses and the true issue as the pea.

No matter how many layers of excuses and denial ‘mattresses’ that you put on there, you will always feel the ‘pea’ – the problem.

I did a post a few weeks back on code amber and code red behaviour – if your relationship has one or more of these, your relationship is struggling because it’s fundamentally unhealthy, you’re incompatible, and it may even be a dangerous relationship. Code red, take a parachute and jump. Code amber, stop, look, listen, assess and only proceed with caution if the issue has been addressed. If you’ve stayed, it’s because you think it’s ‘complicated’ because you may have bought into lies or come up with complicated mitigating factors that govern your involvement.

Whatever it is that you’re pushing down or trying to escape, that is the ‘pea’ – the true reason as to why you broke up/the relationship isn’t working.

Interestingly, because we have a tendency to focus on what the other person is doing, those ‘mattresses’ end up being all the things we think that they did to create problems and/or putting them on a pedestal and coming up with all sorts of weird things to blame ourselves for. That’s why I also get emails from people saying that their relationship didn’t work out because they didn’t sex them right/they weren’t the right colour/rich enough/big breasted enough/from the right family/didn’t answer the phone after three rings/looked at them crossed eye and other such shite.

The trouble is that whether you add layers of self-blame or you list a litany of problems on their side, it means you are not seeing the issues in the relationship anything even close to accurately.

The less you’re able to summarise the real reasons, is the more layers of excuses and denial, is the more potential there is for you to obsess about the relationship (read: analysing the crap out of it and looking for reasons to blame yourself and become more invested), is the more numb you get, and is ultimately the further you get from acknowledging and addressing the real issues, and applying any lessons.

Relationships don’t work out because you’re either two potentially right for each people that are behaving counterproductively who may end up being incompatible, or you’re actually incompatible because you’re two great people with different agendas or it’s unhealthy.

I’m not suggesting that you forget the details, but it would serve you well to be able to summarise why your relationship isn’t working/didn’t work out in 30 seconds to a minute. You may even find it beneficial to also shrink it to a one liner – like a business tagline. Cut through the fluff and get to the truth.

When you can identify the key issues in your relationship, it’s either an opportunity to address them or for you to validate the true reasons why it cannot or didn’t work so that you can heal and move on.

If I had continued to roll out my tales and avoid the real issues in my relationships and sit on top of a pile of mattresses, I would never have experienced the personal growth and happiness that I have, or be writing Baggage Reclaim.

My name is Natalie and I used to have a Mr Unavailable habit. Pretty much all of my relationships didn’t work out because I specialised in trying to have relationships and get commitment from reluctant or pain in the arse sources. I broke up with a cheating, control freak, another controlling drunk, another with an allergy to the truth, another with mummy issues and a penchant for hitting on my friends, another controller with a girlfriend that he wouldn’t break up with, and I could go on. Really, they were unavailable. I was the common denominator to all of my relationships so I had to address my own availability.

That takes about 30 seconds for me to say.  I could tell you stories for days about all the stuff that happened and I have used my stories to educate and empower myself and many others, but identifying the fundamental issue left me free to actually do something about it.

Relationships serve to teach us about ourselves. If you take off the ‘mattresses’ and truly feel and fully acknowledge ‘the pea’, and do something, you discover an authentic, responsible you that’s striving to be honest, which helps you be emotionally available, which helps you be a co-pilot instead of a passenger or bolshy driver.

Are you clutching your security blanket? Why it's time to strip off the extra layers of anger and hu...
Podcast Ep. 119: Happy Christmas, Ex! And By The Way...
We ignore red flags and our intuition because we want the fantasy