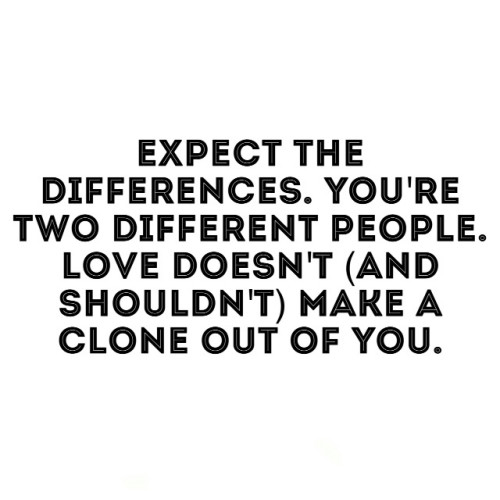 It can be difficult to fathom another person’s thinking and behaviour when it seems alien to the way that you think and act. You may feel that if you had certain conditions such as an environment where you had the security of the love and trust of another person, that you would be loving, loyal and trustworthy in return. Of course what’s critical to remember here is that the world isn’t full of replicas of you. Knowing what you would be and do, tells you about your values. A person is separate to you and an individual entity with their own experiences, thoughts, opinions, feelings, motivations, fears, habits, needs, expectations, and wants. This is the case whether you’re in a healthy relationship or not.

When you’re shocked that they’re not you (or similar), you’re operating with the underlying belief that people you love (and who claim to love you) are the same or that they should be making the changes in order to be. When we have over-empathetic inclinations, we try to think, feel, and act as they do even if it isn’t our true position. If you’re bewildered by what amounts to differences between you and another person, this merging of the two of you means that on some level, there’s the expectation that they should be trying to think, feel, and act as you do…. even if it’s not their true position.

It’s difficult when you’re loyal (even if it’s to a fault) and you do your best to be trustworthy, trusting and of course loving to another person and they in turn say that they are these things too but yet their actions say otherwise and leave you feeling betrayed. When push comes to shove, something else always comes along to push their trustworthiness and loyalty values lower down the pecking order.

It’s not necessarily that they don’t value loyalty and trustworthiness – they just don’t value it to the same degree as you do or as much as they say that they do. When they’re faced with an opportunity or a threat (real or imagined), other personal values take priority. They’re temporarily blinded. Short-term thinkers aren’t rooted in their values or the medium to long-term hence they can do something with a view to temporarily (even if they don’t realise it) extending the enjoyment of a feeling or avoiding a feeling. This causes them to do things in the moment that don’t reflect their wider concerns, values, their character, or even commitments that they’ve made to others.

If a person is used to telling people what they want to hear and playing down their feelings out of fear of ‘negative consequences’ such as reactions and conflict, they may talk about wanting and needing the same things that you do and feeling similarly to you but they either haven’t learned the value of loyalty and trustworthiness or they inadvertently have bigger priorities. Some people get so used to avoiding certain things and not really knowing what they feel or think that they may be entirely unaware of the conflicts between their actions, words, and professed values as well as the impact of their behaviour on others… and yet still feel entitled to your love, loyalty and trust.

In the end, there’s no point in either of you saying that you’re the same when you’re not because your respective differences are self-evident when one or both of you are willing to have a very honest conversation with yourselves and with each other.

It’s pretty difficult to form a common ground with somebody when one or both of you won’t recognise those differences or is unwilling to be responsible for doing their own individual work on their personal growth , and is instead just expecting the other to change, or to be worn down enough to continue tolerating what may be very painful behaviour and experiences.

When a person keeps on insisting that they’re certain things or just expects that you’ll put the expectation of their better behaviour on layaway for the future, they have the underlying and aggressive belief that people who love them should always accept their behaviour even if it’s less than acceptable but also less than reflective of what they’ve said they’ll be and do. It’s as if they think there’s no ‘statute of limitations’ and reject experiencing natural consequences. Of course, they’re unlikely to experience the latter if you try to get a Ph.D in figuring him/her out and why they’re not being ‘like you’. They won’t be honest about why they breach your trust and yet you’re supposed to take the feelings and opinions they won’t voice into account and even deprioritise your own.

The important thing for you is to not continue to be bewildered by differences. Affirming to yourself that ‘We are different people‘, is a starting point for greater understanding of each of you because ultimately, telling yourself that you ‘should’ be the same or that they ‘should’ change, is only going to keep you stuck and compromising yourself or even crossing their boundaries in your efforts to change their values.

If you have core values issues, you have compatibility issues
You're not needy, impatient or pushy for wanting more than an unfulfilling relationship
What Hooks You in Your Relationships? Understanding the combination of hooks, picturing & potential
Share this...