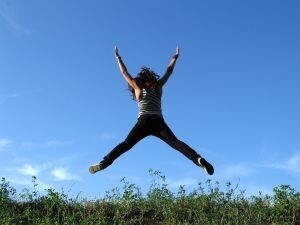 A couple of days back in part one, I explained how we can end up seeking validation from the guy after the relationship has ended and spend an awful lot of time expending energy on getting him to understand your perspective, or where they have gone wrong.

Validation and the concept of the other party understanding you are intrinsically tied to each other and if you spend enough time doing this, they’re just two more codewords for analysing, obsessing, and two more actions that mask fear and denial.

You’re seeking validation from someone who by their very nature invalidates you through their actions and the type of the relationship you engage in with them. They’re very good at validating the negatives and that’s because in being with them, you’ve chosen someone that reflects these very things.

You’re seeking understanding from someone who either has no interest in understanding you, or understands you, but not in the way that you would like.

You want him to understand you because of what you say but actually, the conflict of your actions ensures that he understands something different.

You want him to understand you on your terms thus validating you but if you couldn’t take the horse to water and make him drink all this time, he’s not about to start drinking now.

Seeking validation and understanding from these guys is about gaining control. It can feel ‘unfinished’ when we believe they didn’t get it and so we can end up becoming obsessed with ‘closure’ in the form of the retribution of him realising he was an assclown/wanting you/changing his ways.

You want to have the last word.

As I said in part one, you’re going to be in for a long wait if you’re expecting him to ‘get it’ in the way that you want him to and the worst thing is, the amount of satisfaction that you think you’re going to derive from this is far removed from the reality.

Don’t we all…but we have to learn to back away from the ‘bad investment’ and take solace in our own knowledge.

How much crap do you want to put yourself through just so that you can ‘prove’ that you were ‘right’?

Women have long lambasted men for being obsessed with being right but actually, in this situation we are very much guilty of the same thing.

Many women misguidedly believe that they need to raise a man from the ground up and teach him how to be a man and tell him what relationship he should be in. This is why many are obsessed with change (changing him that is…) and why we don’t know when to wash our hands of a ‘bad investment’ and minimise the trauma and the impact. We like to ride the beat up donkey of a relationship till it collapses because we are obsessed with getting the end result (read: happy ending) where they validate us which in turn means we are understood. You’re seeking a return on investment when you’re already in some serious negative equity.

The thing is, if you’re the type of woman that is habitually engaging in poor relationships and trying to extract commitment from men that don’t want to commit, you’re in no position to be ‘teaching’ him.

People don’t learn how to treat you because you talk the ears off them until they suddenly have a lightbulb moment and it’s no different for understanding ‘you’ and ‘getting it’. This is why we keep falling into the trap of suffering with Women Who Talk and Think Too Much syndrome as we look at talking and discussing, and explaining, and revisiting the same subjects again and again as the best way to get men to understand us.

He’ll learn through your actions and by those of who came before and after you.

The best thing that you can do is validate what you have learned about yourself, him, and the relationship by acting on it.

The validation of what you know about yourself, him, and the relationship comes from you. All of this energy that is yet again being expended in his direction is a waste because very little, if anything, comes from it and you are literally throwing your life away and bringing it to a standstill whilst he’s off leading his merry life in exactly the way that he wants to.

But…when you, for example, end the relationship, and he still continues to show that he’s a complete dipstick by disregarding your wishes to have no contact with him, by talking cheap but following through with no action, by taking up with his next victim whilst still pestering you, by never leaving his wife and instead starting a new affair, or whatever it is, he does actually validate your decision to opt out.

And this is where you have to make a choice:

Do you want to keep seeking validation from men because you place no value on your own opinion, judgement, feelings, or essentially yourself as a whole and instead hope that by extracting understanding and validation, you will in turn get the relationship you want from him and suddenly feel at one with yourself?

Or…do you truly want to live a life where you validate yourself through acceptance and rejection of other people’s behaviour?

Sod the quest for understanding, with the latter option, you set your boundaries, you know your values, you treat yourself with respect and you make a judgement call and act upon it and respect your decision rather than second guessing it and living your life in limbo trying to obsess and analyse everything out to nth degree so that you don’t actually end up doing anything.

People think there is something complex about validation like doing it for ourselves is a mystical feat; it’s not. This is just something else that is tied to building your self-esteem and having boundaries because by learning to accept and reject behaviour, you send signals to your self-esteem that teach you that you are a person of action who has her own trust system that she can always rely on.

When people have boundaries and make decisions that they act upon, they see the fruits of that decision – they’re happier, they see that the person wasn’t worth their energy anyway, they don’t analyse it because their made their judgement in light of their boundaries, core values, only engaging in thing that had a positive impact on their sense of self, rather than depleting it.

At some point you have to let go, accept that things are what they are, see him for what he is, opt out of the crap, and be good to yourself. That, ladies, is true validation and understanding…of yourself.

Overestimating Yourself: The Consequence of Change vs Inertia in Dating and Relationships
12 Empowering Thoughts for Valentines Day
What's The Benefit of Believing The Worst About Yourself?