Seeking Validation & Understanding in Your Poor Relationships Part One 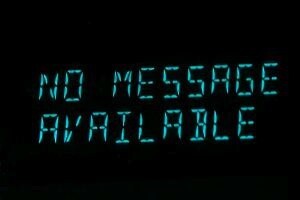 In this two part post, I want to talk about two themes that consistently run through comments on this blog where the person is finding it difficult to move on and stop obsessing and analysing:

Validation and the concept of the other other party understanding you and ‘getting it’ are intrinsically tied to each other…and unfortunately, you would do far better to get back in touch with yourself and validate your own self-esteem and thought process through self love and understanding, than you would to keep pursuing the holy grail of poor relationships.

The first thing I will say is this:

We tend to seek validation in the form of him:

realising that we were an amazing woman that they’ve lost,

realising that they were indeed an assclown,

recognising that what they did was ‘wrong’,

and having a thunderbolt of clarity that leads to them racing back into our lives and us living happily ever after.

For any of these things to happen, he needs to understand not only what the issues were that led to the failure of the relationship, but he also needs to actually give a monkey’s about you, and potentially want to be different…for himself.

For a start, many of the men that fail to validate or ‘get’ what it is that is the problem, have a lack of empathy that can sometimes associate them with being borderline narcissists.

Some of these men have the compassion of a stone, some live on me-me-me island, some just can’t see past their nose never mind their penises, and some have absolutely zero interest in understanding a damn thing that comes out of your mouth. In fact, whatever they say, they have very little real interest in you! It is about their needs, their wants, and their expectations – what you need, want, or expect is not part of the equation.

Often, and this will be hard to hear, you don’t want him to validate or understand you because you care about his welfare and want him to be a better person for him, regardless. You want him to do these things for you.

Herein lies the problem because not only do you still need and want him on some level, but you don’t realise the favour he’s doing by being his true self, and you don’t realise that you cannot impose change upon someone and if they have to do a 360 degree turn to fit into your idea of the relationship, in fact, if you need them to change full stop for it to work, this ship is not sailing! I know we have been raised to believe we have to raise a man from the ground up and that we should just change him when things don’t work because we know better, but actually, we don’t. You are throwing your emotional energy into the abyss…

They’re disconnected from themselves and don’t really do introspection so you’re expecting quite a lot of them.

You want him to see something that he just doesn’t see. I see one of these guys and I think ‘assclown’. They look at themselves in the mirror and think ‘I’m a great catch, I just haven’t found the right woman yet and she’s just crazy and needy.’ Do you really think that people who think like this are going to think ‘Ah..she just wants me to understand…’? No, they just think you’re even crazier and needier, and that they are justified in their behaviour.

You’re still expecting and even though you may feel that you are justified in this thought process because of everything you have been through, it’s a bit like taking out a bad investment and then investing even more emotional money in trying to make it a good investment.

Sometimes it is best to cut your losses, recognise how you ended up making a bad investment, and move the hell on. Yes it will be painful, yes it’s a loss, but you can minimise the effect of the loss by controlling how much more energy you invest. I’m not saying you can’t feel upset about a bad investment; I am however saying that there comes a time when the wallowing and the obsessing has taken its hold on you for too long and you’re using it to avoid dealing with the fallout of the bad investment and taking charge of your own happiness. Whilst some people do seem to be at their most comfortable when they’re miserable and blaming others (not a good thing), most people should be uncomfortable with being like this.

If your relationship has none or rocky foundations and doesn’t have strong boundaries and values at the cornerstone of it, you are unlikely to be on the same page. We choose men that reflect the things that we believe about ourselves, love, and relationships and at the end of the day, if you’re seeking validation from a man you’ve been engaged in a poor relationship with, you can’t possibly be someone carrying positive beliefs.

Why? Because you don’t need this guy to validate what you already know. Whilst acknowledgement and retribution in the form of him having an epiphany about himself is nice to have, it’s very unrealistic, and ultimately it won’t really change much if you don’t learn how to validate your own beliefs and perceptions. Plus you could be in for a long wait…

If you know what he did was wrong, you don’t need him to validate that judgement.

If you recognise that you are being disrespected, and he doesn’t, it doesn’t matter because you’re the one who has made the judgement call. Why do you need to teach him anything?

Love Lessons: When You Can’t or Won’t Ask Questions of the Man You're Dating/in a Relationship With ...
Quiz: Are You Ready To Start Dating Again?
You're seeking the feeling, not the thing