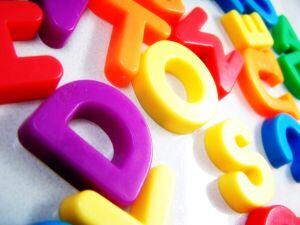 On Day Four of the 30 Days of Drama Reduction series, Cheekie shares a very funny, but highly useful perspective on not being a drama magnet….

Honestly, I could be sitting here, knitting or something equally as tame and BAM!

An email/comment on Facebook/text/phone call – and suddenly the drama machine is in overdrive.

How do I handle it? This constant stream of fodder for my neuroses?

Sometimes, not very well. But I realize when I am not dealing with it well, and conversely, when I am.

Case in point – Those damn email programs that show you when a message has been read. Some social networking sites offer this ‘feature’ as well.

So, you see that ‘dude’ has read your email. But no response – none, nada, zip, zilch. What do you do?

Some would send another email (neurotic), some would wait for a reply and then question him (passive aggressive) and yet others would just let it go (smarter).

Of course, I have done all three. And so have you, don’t lie to me!

Which works? Which method increases the chance of a reply?

NONE! (Other than perhaps a guilt reply – ewww)

So basically, all of this drama is yours. Yours alone.

So go ahead and get yourself all worked up,

‘there must be someone else’

Does any of this internal BS change the facts?

We all know there are a million reasons why someone might not reply.

– Busy (and yes, these days when people are stupid busy it is a valid excuse on OCCASION not as habit)

– Internet cut out (trust me, lately, mine has been shite, so this is plausible)

– You email him so much that he ignores half of them? (we all have friends like this, so if it doesn’t matter between friends, why should it matter here?)

– Maybe, well, he really isn’t that into you, seriously this does happen…lol

Will your obsessing and melodramatic thoughts change any of these things?

If it is a longstanding relationship, then just deal with it when it happens, not after you have boiled yourself to the point that your inner harpie comes out.

We women are so bad for that.

If it is a relatively new or perhaps long distance relationship, then just leave it be. He might not be in the same ‘place’ you are, and no amount of whining or obsessing is going to change that. So just take care of you. Do your thing. But be genuine about it all.

Don’t cause drama where it isn’t warranted. It’s an email for crikey’s sake.

Think of it as feeding a wild animal; sometimes your just have to sit still with your outstretched-food filled hand until they get brave enough to come up to you – maybe they won’t eat out of it, but you could pet them a bit.

Chances are, like in my case, he will respond eventually, you know it.

And if you know this, then just chill the heck out.

You choose how to handle these situations. YOU are in control of YOU, not him.

If you don’t like it, then just don’t play into it. You are not a victim, sitting forcibly tied to your computer clicking ‘get mail’ repeatedly. Ridiculous, right? So just stop that thought process before it gets out of hand.

Myself, I go back to my knitting/crocheting/sewing/pub pints/staying out way too late dancing like an idiot/perfecting my homemade pizza and when those little naggy thoughts come back into my head, I just tell them to shut up. Sometimesâ€¦.mostly…

Cheekie is back as a regular contributor to Baggage Reclaim. She’s a 30-ish single cheekie chick, just wandering her way through the dating forest and trying to leave as many bread crumbs as possible….Look out for her posts each week!

Do you have a post or tip to submit for the series? Get in touch!

If you’re a habitual dater of emotionally unavailable men, don’t forget that Mr Unavailable and the Fallback Girl is now available to buy and download.

It's OK To Call Time On The Casual Relationship You Didn't Agree To
Relationship Advice: I didn't know that I was the Other Woman. Help!
Did I chase or scare him away?