Ready, aim, fire! How willing are you to stretch yourself in dating, relationships, and life? 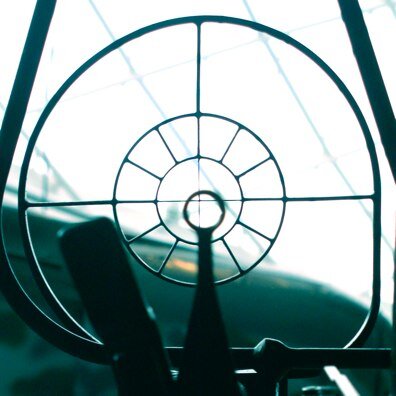 Nearly ten years ago I gave up smoking. A habit that had started in my teens to no doubt impress my peers, it had become something that I wasn’t enjoying, but kept doing anyway. Initially after giving up, my hands felt empty. It was weird when I’d have a glass of wine and my day was no longer punctuated by cigarette breaks. After a week or so, I had a wobble on a night out where it seemed almost ‘easier’ to have a fag than it was to ride it out. I nearly caved, but then I suddenly felt silly.

It was my first proper night out so of course it felt odd not to be hoofing down a fag, but it occurred to me that there would be many more nights like it. It would feel odd and uncomfortable now, but in time, not smoking would be normal. I’d smoked for far longer than I hadn’t, so it was bound to be difficult. I focused on the bigger picture which is that I wanted to give up. Period. I recognised that if I didn’t give up now, I’d only end up giving up again and feeling the same initial withdrawals, so I might as well suck it up. So I swallowed my discomfort and rode it out, and once I realised I could get through that evening, other social occasions stopped seeming so monumental.

I clearly remember that after three weeks, it stopped feeling like a major effort and started to feel normal. I wasn’t Natalie Who Has Given Up Smoking and is Trying To Resist the Urge – I was just Natalie.

It’s like that, for instance, with No Contact, which is a beginning, not an ‘end’. Initially it’s about making a concerted effort not to make or accept contact but the more the habits become a part of your routine and you make them natural, one day you realise that yeah, you still hurt but you’re actually getting on with your life.

Like the cigarette, it feels odd not to have your day punctuated with a relationship, even if it wasn’t a great one.

You’re still standing, the sky hasn’t fallen down, they’ve still got problems, and more importantly, you’re gradually moving on and it’s not impossible or as horrendous as you thought it would be.

What makes a huge difference to the success of our endeavours is willingness. I don’t mean just thinking or talking about being willing, but having a mentality that translates into actions.

That’s because willingness and readiness are intrinsically linked. Without the latter, you’re someone who has thoughts and ideas about the inclination to be or do something, but not the readiness that means you will follow through and do the necessaries to make it happen.Many people who want happiness and a relationship have a willingness to a point, but they are not ready, or don’t realise that it takes more than good intentions to make things happen. It takes action. Consistent action builds confidence but also helps to shift the mentality.

What holds most of us back from readiness is fear. That and many of us are into some quiet bargaining, so it’s a bit like if whoever you pray to sends you a sign in the form of The Most Perfect Partner, you will then be ready. Or you’ll be ready if it’s not too hard. Or you’ll be ready if everything is easier.

We can also make excuses for what stops the willingness from translating into actions.

There’s no good men/women to date.

People are so fickle.

It’s too late for me.

I’m not seeing instant results which makes me feel my comfort zone is easier.

I don’t have that kind of time – my biological clock is ticking.

I don’t think I can handle putting myself out there and getting hurt.

The reality is that many of us want ‘shortcuts’ – we want it all to be made easier. It’s like we can see our way to doing it if there’s a quick solution or we don’t have to get vulnerable in our efforts and risk ourselves. We want it all to be lined up and to be able to almost continue as is and not really have to stretch ourselves and get too uncomfortable. We’ll make some minor adjustments (and tell ourselves they’re big) but won’t make some major adjustments. Ideally, if we could keep doing the same things, hanging in the same places, and essentially going about our business, that would be ideal. We want some clad iron guarantees.

We’ll go some of the way, but not all the way. The likelihood is that we’re not going enough of the way to improve our confidence to keep going the rest of the way.

Yesterday I wrote about what it takes to be emotionally available and again willingness is absolutely key.

As a longtime reader remarked to me last year, we ready, aim, but we don’t ‘fire’. I agree. When you take aim and get ready to press the trigger on your new habits, a fear gets in the way and you remind yourself how comfy you felt when you were aiming and thinking about firing but not actually firing. It’s also a lot easier to come up with umpteen reasons that are ideally beyond your control, such as someone else’s inability to be emotionally available, than it is to accept the power that you own anyway.

This is why many of us talk the talk but don’t filter it down to walking the walk. Or we start walking and then suddenly start running on the spot or going into reverse. That’s why you have ‘bolters’ and people who get weirded out when confronted with decent, honest dates that don’t have a dodgy agenda.

For a few years I claimed to be ‘willing’ to be in a healthy relationship and find love, but actually, it was only the uncomfortableness of my epiphany relationship, my illness and various catalysts that triggered my readiness. Prior to that, I hadn’t been so ‘willing’ that I’d actually do anything constructive about it and I hid behind the problems of the guys I dated instead of being honest with myself. Hitting rock bottom helped my readiness but remembering where I’d been and what I’d experienced helped me to maintain a consistency in my actions.

You don’t just change overnight. It takes time and consistency and quite a bit of repetition to break habits. It means that when you experience bumps on the new route, you navigate them and find a way to keep going instead of saying ‘F*ck it! I might as well go back to my old ways!’ Until you’ve been  repeating new habits for as long as your old habits, I wouldn’t be too hasty to give up.

If it still feels weird to you to adopt healthier relationship habits and treat yourself with love, care, trust, and respect, and you’re wondering whether you should slip back to your old habits that are still lingering, your new love habits are not actual habits yet. After all, you’ve had dodgy relationship habits for years and not questioned the nth out of those!

How ready and willing are you? Are you prepared to not just ‘aim’ but to ‘fire’ or are you going to bolt and wait to see if something else happens to take the job away from you and make it easier? No-one else is going to ‘fire’ for you and much like relying on others for your happiness, you shouldn’t rely on others to determine your readiness – ‘Oh when he’s ready to sort himself out, I’ll sort myself out’.

It’s not about the other person whether they’re current, an ex, or the person you hope to meet. Deal with you first and when you’re putting your whole self in as opposed to safeguarding yourself in limited relationships with limited people, you can then look at the other person.

I’d use previous history and your relationship insanity to remind yourself of what results from doing the same thing and continuing to expect a different result – your pattern that you want to shake. Use that willingness and translate it into actions with readiness. Stretch yourself and push through the uncomfortableness. If you feel like you’re not ready and are waiting for a sign of readiness, make yourself ready by taking a leap of faith and ‘firing’ and remain committed to putting yourself out there even when it’s scary. Keep going.

Is He Going to Leave His Wife/Girlfriend For Me? Part Two
Understanding Code Red and Amber behaviour in Relationships
More on deal breakers: Knowing what will break your relationship deal...even when you're crazy about...