I’m not seeing anybody else.Yes but he’s not actually with you either! 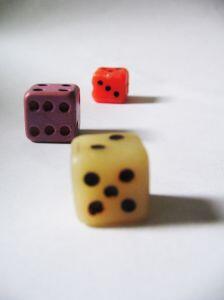 One of the things I learned about dating is that in order to survive, you need to be able to smell the BS coming from a mile away otherwise assclowns a plenty will suck up your time, reduce your self-esteem, and end up making you believe that dating is for suckers. One of the classic BS lines is when a guy tells you by way of reassurance that he’s not seeing/dating/sleeping with anybody else.

Now this should be good news…or is it?

The only time when this is good news is when he really isn’t with someone else but he is actually in a bonafide committed relationship with you, or is making a concerted effort to date you and move things forward. If either of these things are absent, it is likely that you will take the information, swallow it whole, and live under the misguided assumption that if he’s not with anyone else, then he must be with you.

This is the trouble when we oversimplify things – we are so eager to hear something, anything positive, that it doesn’t occur to us to examine this piece of information further.

The reality is that these words don’t mean anything if you are already living in inaction with him. He is telling you this to pacify you, reassure you, shut you up, and most importantly get you off his back so that you don’t question his lack of input into the relationship.

I’m here aren’t I? [Yes but I actually don’t know when I’ll see you next]
I’m with you aren’t I? [Are you? It sure as hell doesn’t feel like it with these crumbs you’re throwing me!]
I stayed over with you last night, didn’t I?[Yes because I made you/because you had nothing better to do]
Didn’t we spend last week together?[Yes but I’d hardly seen you for the previous month!]

This all equates to him Buying Time. Say it with me ‘He’s Buying Time!’

If you know that he’s not actually giving you the relationship that you want then these words don’t mean a thing! The fact that he’s saying this to you in the first place should get your spidey senses on high alert anyway!

What he is actually saying to you is that he’s not seeing anybody else, he is spending time with you, but that doesn’t actually mean that he’s committed to you. If you pushed the issue further and asked if this means that you’re in a committed relationship, he’d probably cack his pants or dodge the question!

When men say this they are playing to your ego and insecurity. They think that all we really want to know is that they’re not screwing someone else and that as long as we know this nugget of information, we’ll stay invested.

Don’t make the mistake of being literal or taking BS statements at face value. It’s not about turning interrogator or acting suspicious all the time (although some of us could benefit from this!) but it is about recognising when someone is telling you something that is in conflict with the reality of how you feel and the reality of what you know that you’re actually experiencing.

Ladies, we are too quick to let words pacify us or cloud our judgement. Be true to what you know and don’t act like you’re happier than you actually feel because after a while you’ll no longer be in tune with who you really are and what you feel and you’re likely to feel resentful.

It is very easy to take a basic BS statement like this and find yourself suckered into the emotional wasteland that is being involved with a Mr Unavailable. Don’t allow people to tell you that black is white and white is black. He may not be seeing anybody else, but is he actually with you?

Great Dysfunctional Sex
Advice Wednesday #3: Widowed & Hurt From First Relationship Breakup--Can I Trust Again After Mr Unav...
Why He's Not An Assclown Because He Broke Up With You/Doesn't Want a Relationship