The Justifying Zone: when a woman needs to justify her emotional or sexual investment 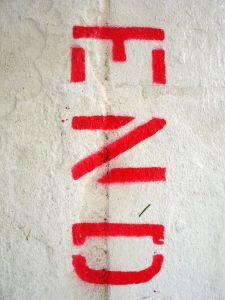 The Justifying Zone is that slippery slope that a lot of women find themselves in, especially after they have sexual contact with a guy. Many of us feel that we need to justify our emotional and sexual investment and this justification is effectively attempting to close the door after the horse has bolted.

The Justifying Zone will always appear when a man fails to live up to the initial promise that he first exhibited or does something inappropriate or that raises a major red flag that could potentially scupper the possibility of the relationship. If for instance, he’s a Mr Unavailable and the ambiguity increases along with all of his other core behaviours, the potential to stay in the zone and cling to it for dear life becomes even bigger.

As women, we tend to look for the smallest of things to make ourselves feel better about sleeping with our guys or just plain ‘ole liking/loving them, and this often causes us to spend more time on a relationship than is necessary. We see gold when in actual fact it’s brass, or even rusty ‘ole copper, and often we use the Justifying Zone as the launch pad for betting on potential and basically hoping that a cockroach will turn into a frog, and then eventually into a prince.

Why? Well to be fair, who wants to feel like they’ve had Yet Another Dubious Dating Experience? But women who habitually live in The Justifying Zone do so because they tend to already have unhealthy relationship habits and measure the value of themselves based on their interaction with their men. They don’t want to have another Here We Go Again Moment and they like to bet on the potential, even if he never shows an ounce of decency ever again.

Sex of course, is the biggest booby trap. You will definitely find yourself in this zone if you sleep with him too soon, or sleep with him and things don’t prosper and develop as expected. Many women still equate sex with someone as a signal of a bigger, deeper connection and if we’re left feeling empty, unfulfilled, confused, and a whole host of other negative feelings, we’ll remind ourselves that there must be a strong potential if we slept with him in the first place. We don’t want to feel devalued by the experience even though the subsequent lack of return on investment that we experience by being in The Justifying Zone, actually only serves to deplete our self-esteem anyway.

The reality is that The Justifying Zone is an excuse and if you find yourself there, it means that there is something wrong with the relationship. We spend a lot of time agonising over what is behind a man’s behaviour – He didn’t turn up/He spoke to you inappropriately/He doesn’t show affection can easily turn into He’s got a lot going on/He’s deep and complicated/I need to not be so needy so that he’ll be more comfortable.

If you feel the need to start rationalising and justifying his behaviour, you need to step back and examine your investment into the relationship because after a while, a justification for staying with the wrong type of guy eventually becomes you believing that you’re madly in love with him and you measuring your self-worth based on how successful (or unsuccessful) you are at getting a return on your investment.

You deserve to be in a relationship that doesn’t need a justification for you being there.

Your thoughts? Have you ever spent time in The Justifying Zone?

You're not going to crazy-make me! Why I won't be making sense out of nonsense and you shouldn't eit...
Compatibility, Your Type, and Common Interests Part 4
5 Questions To Ask Yourself Before You Have Sex with a Partner for the First Time
Share this...