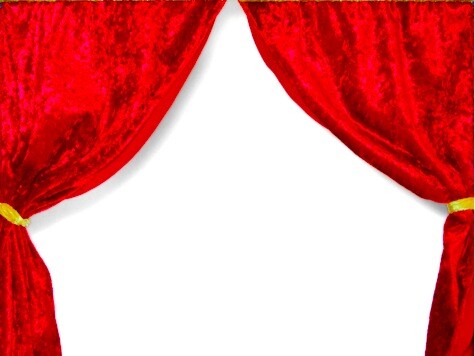 I’m hearing from a lot of people that are ‘stuck’ – they can’t get over their involvement with someone that was a Future Faker and may have also Fast Forwarded them, or actually any relationship where someone’s actions didn’t match their words. Why?

Aside from all of the usual obsessing and avoidance that many go through when a relationship ends, discovering your involvement with a Future Faker and/or Fast Forwarder, or in essence someone whose actions and words don’t match means you:

1) Believe that whatever they said was going to happen, it’s just that you did something to change their mind.

2) Can’t believe you made a mistake, misjudged the situation, and reel from, what are now in hindsight, obvious red flags.

Let’s roll back and recap for a moment.

When some is a Future Faker they via their words and initial actions give you the impression of a future so that they can get what they want in the present. They make thinly veiled or even direct references to stuff like marriage, babies, moving in together, going on holiday, being together the following year and other such things that imply or state that you’re a part of their life, and then they either disappear or replace the person you thought they were with someone altogether different.

When some Fast Forwards you, they speed you through, in particular, the early stages of dating by sweeping you up in a tide of intensity, so that you miss red flags and mistake the intensity as being reflective of their deep feelings for you. Fast Forwarding is not just the words of Future Faking, but pushing for emotional and sexual commitment, contacting you or wanting to be together all of the time, introducing you very quickly to people, taking you to look at places or giving you their key, and other such madness.

When someone says one thing and does another, there’s an obvious disconnect. For it to happen occasionally, is human. Shit happens. But to consistently overstate what you will do and underdeliver shows a lack of integrity and basic thought. When they’re more concerned with how they look as opposed to doing what’s needed to consistently be that person, they don’t act congruently with who they say they are or what they intend to do.

If you’re the type of person that allows yourself to be swept up, has little or no boundaries, creates illusion, denies stuff either by choosing not to see it or minimising the reality of it and are prone to chasing a feeling, you will be caught out by someone whose actions don’t stack up.

When you hardly know them and they refer to stuff that’s somewhat more appropriate to a relationship that’s been going on for longer than a hot minute or they’re super duper intense, it’s a red flag – you see it as flattering.

Of course it’s flattering when someone is all over you like a rash and promising the sun, moon, and stars, but particularly if you have been burned before or find it hard to deal with rejection or feeling that you’ve made a mistake, it is your responsibility to assess the risk, take visual and audio cues as to whether this person is who they are, and get to know them before you commit and hand over your trust lock, stock and barrel.

If you can’t get over them, it’s because you haven’t accepted that what was on offer wasn’t real.

Instead, particularly if you already have low self-esteem, you believe that it was all real and that you said or did something no matter how tiny it was to scare them off or to retract the future or actions that they promised.

People who are involved with unavailables wonder what they did to ‘make’ them this way, whether they’ve misunderstood, are going crazy, or what they can do to change themselves or them to make it work.

Believing that a fake off or whatever was said was real confirms every negative thing you believe and puts you at the centre of the eye of the storm. It’s me!Then you analyse every conversation, all of your actions, turning everything over in your mind, and blame yourself. If I were a loveable, better person, this wouldn’t have happened!

And you know what? You thinking it’s you is the biggest trick in the ‘con’ – you’re so busy blaming you, you forget how disingenuous and downright shady their actions are.

Next thing you know you’re pursuing them to hold up their end of the bargain. They back away from you and no doubt give you a hard time, or you end up staying in a relationship long past its sell by date with someone whose actions don’t match their words and you thinking that you have to put in double time to ‘retrieve’ the person they ‘sold’ to you and the relationship you were going to get, and ‘recoup’ your investment.

Be under no illusions, someone’s actions not matching their words is symptomatic of being involved with an unavailable and/or an assclown. To persist in blaming yourself for what did and din’t materialise is to absolve them of their responsibility.

People with integrity don’t promise futures to get what they want in the present and those that actually intend on being around and consistently delivering the same personality, don’t go from 0 to 90 in 60 seconds flat and then revert to another personality.

Actions not matching words, Future Faking and Fast Forwarding are not normal – they are red flags.

While it may be trickier to spot that a future is being faked until the future doesn’t materialise, Fast Forwarding which is always present with Future Faking isn’t.

If someone talked out their bum but nothing at all happened, you’d know immediately that something was very wrong although I know of more than enough people who would still chase them down.

When someone talks out of their bum for a few weeks or months, they have to do stuff to facilitate the con – this is the Fast Forwarding.

Let me repeat: normal, respectful people with empathy and care don’t behave this way. Whether they admit or deny their actions is actually beside the point – it’s the fact that they have. When someone’s actions don’t match their words, it’s not about you – it’s about them.

Get over this idea that when people don’t follow through or they act like jackasses, it’s not because of their character and it’s because of the person. It’s not – it’s them. This is not about you. You not registering red flags etc – that enables it but it doesn’t cause it.

And there’s another reason why it wasn’t real – It’s each individual’s prerogative to change their mind – feelings change and sometimes we think we feel more than we do. However people date for a few weeks or months with it not working out without the whole Fast Forwarding and pitching a pretend future at you.

Accepting what has happened, warts and all, instead of denying it will stop you from blaming yourself and seeing them as this great prince or princess that got away.

With that in mind, I will say this: If you’re the type of person that struggles to deal with the emotional consequences of making mistakes, you have an even greater responsibility to get your house in order.

That means addressing how you feel about you and tidying up your relationships habits, going slower, and eyes and ears 100% open and not disregarding red flag information. It means using dating as a discovery phase instead of committing at the discovery of another person and sanity checking your assumptions. If you’re the type that can’t cope with making a mistake with someone you have slept with, you definitely need to go slower.

But more importantly – stop making their actions about you. Make their actions about them. Yes there are things you can learn from this but if you accept that the con of Future Faking, Fast Forwarding and actions not matching words are red flags, you’ll learn to be thankful that you’re out and see healthier, slower interactions that let you actually get to know them as attractive.

There is an audio available for this post – my first attempt!

Podcast Ep. 2: Triggered? What's the Baggage Behind It?, "You complete me", What To Do When You Bump...
You're just not *that* intimate: No boundaries, no intimacy
Dear So & So: Sorry. My heart/libido/ego/imagination says yes, but my self-esteem says NO
Share this...