It’s not about blaming yourself with emotionally unavailable men 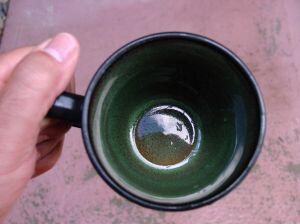 A reader commented on the The Mr Unavailable Guide that ‘I think it is too damaging to start labeling oneself as being attached to unavailable men – the problem is declining values. We all need to find a way to be honest to our would-be partners; we need to be able to say what our needs are, and we need to stand up for what we believe is right for ourselves. Blaming ourselves for continually finding bad partners is seductive, but the real issue is not that you find unavailable men, but that when you do, you don’t let them go. To blame ourselves when all we did was open our heart when someone insists on being dishonest about who they are seems like blaming the victim to me. Obviously, it is a learning curve. It takes some of us longer than others to realize that w e have a dog on our hands be it male or female. If you STAY with someone who treats you badly, that is when you need to take a look at yourself.

Of course there is some validity to her statement as no woman can take the blame the responsibility for his inability to access his emotions, but there is such a thing as accountability and recognising ones own contribution to the relationship. Mr Unavailable is not having a relationship with himself – Women are engaging with him, which is what allows him to continue on with his behaviour. What this comment brings to the forefront is:

1) We all have our own way of looking at our own reality. There’s how we see things, how others see the same thing, and the reality.
2) Women don’t read about emotional unavailability because they just stumbled across a random guy who they are wildly attracted to and they want to find out more. Most women are habitual engagers with Mr Unavailables. It is a way of life.
3) Is there any difference between not letting them go and being ‘attached’? Or is it just that one sounds better?
4) Are you actually opening your heart? Or is it more a case of that by being with emotionally unavailable men you don’t actually have to ever open your heart?
5) ‘Badly’ is a subjective word. One woman’s idea of badly is another’s idea of fireworks, drama, and the yo-yo tug of her heart.

The reality is that being with an emotionally unavailable man is pretty soul destroying. Even, and I say even if you started out totally emotionally available and had a healthy attitude to commitment, if you stick around a Mr Unavailable for more than a hot minute, you will end up having your head messed up and struggling to be emotionally available yourself! It comes with the territory.

When you find yourself with a Mr Unavailable it can creep up on you so subtly that if you don’t cotton on really quickly, you will find yourself knee deep in his sh*t and wondering how the hell you got there and who you are. But Mr Unavailables ALWAYS blow hot and cold and pull much of the same stunts in the first few months of going out with them, that if you didn’t tell him to take a run and jump then, you are likely to have normalised his poor relationship behaviour without realising it. Often when women unwittingly find themselves in a relationship with Mr Unavailable, they rationalise it by saying that they mustn’t want a relationship or to be emotionally involved because they’re with him. Next thing you know, fighting for this mans attention and trying to get him to be more than he is capable of being become your vocation.

I’m never going to say blame yourself for ANY mans behaviour but I do say that if you want your relationships to be different and you want to feel better about yourself as a result, you have to recognise that you can’t coast through life unconscious in your relationships and expect everything around you to change. You need to wake up, be conscious, be accountable, and be willing to make whatever changes necessary to wipe this bad relationship habit out of your life. You can’t fix or heal him, but you can do this for yourself, and when you do, these man don’t stand a chance because you won’t be interested in them anymore and they won’t be drawn to you. ‘Blame’ is an easy word to trot out but the ultimate goal is a happier you, with OR without someone.

Return On Investment in Relationships
We Need To Talk About Narcissists: 20 Mindset Shifts To Help You Stop Crazy-Making Yourself
Relationship Advice: How do I forgive my narcissist ex and my friend for flirting and the private da...