If you’re healing, why are you dating? 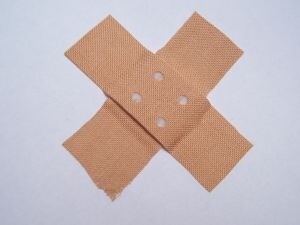 A couple of days back, I asked if you were ‘waiting, willing, hoping for ‘The One’ to enter your life?’. This was in response to various emails and comments from readers who are eager for ‘him’ to come along, or in some cases, downright impatient.

As I explained, whilst of course there is nothing wrong with wanting a relationship, it’s important not to lose perspective on things because the reality is there is that if you are recovering from being involved with an assclown or Mr Unavailable and losing sleep or brain time over when a guy who doesn’t yet exist yet is going to come along, you most definitely still have some work to do.

You may not be focused on a specific guy like you were before, but you’ve replaced a very real pain in the ass, with the illusion of what is to come in the future, which means you’re still not really focused on yourself, because men are still central to your wellbeing, and well…we all know where that gets you.

Let’s remind ourselves of a few things:

We’ve actively sought out men and ‘love’ before and found ourselves in all sorts of dubious situations – why do you think that doing a variation of the same thing, even with some new found knowledge and perspective will make a difference?

You have been choosing men and relationships that reflect what you believe about yourself, love, and relationships. When this has been negative, this has yielded negative results. Can you genuinely say that you have come so far forward that you’re ready for a relationship?

Which brings me neatly to…

Despite the fact that stepping back and being focused on you so that you can have a clear head and deal with whatever issues have been holding you back, the great majority of women in this situation just do not be able to reconcile themselves to giving up dating, even for a month, nevermind the ideal 3-6 months that I recommend.

It takes several knocks and mishaps before many of them recognise that they just aren’t ready yet.

What you don’t realise is that by continuing to date, you may be prolonging some issues, even if you deal with others. You may be reopening wounds that have just started healing.

The people who are capable of dating and pushing forward at the same time, are the people who have enough awareness to recognise that there will eff ups and that if they enforce boundaries, recognise red flags and act on their judgement, they actually stand to learn a lot.

For these people, riding the rough with the smooth ends up being a confidence builder and they turn even the negative experiences into positive reminders that at least they ‘escaped’ and apply the lesson.

Remember, at some point, you will date again and you have to apply your knowledge and learn to trust your gut and instincts. You don’t step out of the tunnel, into the light, and there’s a prince on a white horse waiting for you.

The people who are not capable of dating and healing at the same time, are the ones that get fairly easily knocked and lose perspective of the actual amount of time they have been healing.

For these people, riding the rough with the smooth makes them feel nostalgic for the ex assclown or makes them wonder if it’s worth it, and if you’re in this camp, you are not ready to date yet, nevermind be in a relationship.

In essence, some can learn as they go, others need a bit more time; the key is that you need to be able to recognise which one you are and apply your judgement for the best medium and long term effects.

Let’s be real, a 3-6 month break from dating is not exactly a killer. If you can do a crappy relationship for longer, why can’t you take some dedicated you time for a short period?

Unless you need validation in the form of attention.

Yep, attention and validation are back again.

You may not be able to get validation from the chumps in your past, but that may not stop you from seeking out validation in the form of male attention and feeling that there is a possibility of a relationship on the horizon.

The thing is, if you’re not far enough along the healing route, you’ll just end up feeling invalidated if he’s not all you thought he would be.

If you need attention on the regular from men, especially from ‘unknowns’, and you can’t cope with the idea of your own company and the social company of family and friends for a few months, you need to start asking yourself why you are dating.

Remember desperation and loneliness, even if it is subtle, are assclown drawers.

One of the things I’ve definitely noticed is that for a quick fix, readers are going down the dating site route. Now I don’t date that there is the needle in the haystack of some decent prospects, but the reality is that using dating sites when you have some pretty important issues to work on, is like throwing yourself into a pool full of assclown and Mr Unavailable sharks and wondering why they tore a chunk off your leg….

I’ve talked before about the negative impacts of men using email/text messaging/IM as primary forms of contact, and I’ve made no secret of my dislike of online dating

and (here, here, and here)and it’s mainly because if there are quality men on these dating sites, they’re certainly hiding their light under a bushel of liars and cheats…

Right now, you need to keep things simple. Right now, you need to invest in you and stop chasing penis tail, because if you don’t, you’ll be getting the next train to Assclownville because you’re still treating men like the focal point of your life and giving men that don’t deserve your time, nevermind your pain and attention, waaay too much power to impact on your success.

So, if you know you’re not far enough down the path of healing, and you know that you could be derailed easily, ask yourself again, “Why am I still dating?”

Bastard Syndrome
Lovenomics: Managing Your Desire to Be the Exception in Relationships Part One
Keeping It Real About Valentines Day