Are you waiting, willing, hoping for The One to enter your life? 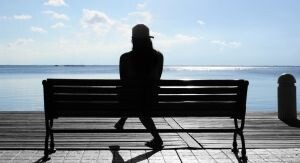 I’ve had a few emails recently that go along the lines of ‘I used to be into Mr Unavailables/assclowns, much wiser now, but can you tell me why I haven’t met a decent guy yet or when I’m going to meet him? I’m starting to lose hope’

I think 99% of these people had been assclown free for a few months and some for as little as a few weeks….

Now obviously I’m not Mystic Meg and I can’t tell you when you’re going to meet him but I can assure you that if it’s on your mind enough for you to be worried about it, you’ve still got some more of ‘the journey’ to make.

We are impatient. We start spending a few minutes, days, weeks, or months finally doing a bit decently by ourselves and we expect an instantaneous result of The Ideal Man to fall into our laps.

The thing is, you can’t be that focused on you if you’re worried about a man who doesn’t exist yet in your life.

If you don’t trust in you and believe that if you make you a top priority, build your self-esteem, and create a life driven by you full of positivity, that at some point, you’ll meet a guy, you’re not ‘there’ yet. You don’t believe in you.

In the UK, it’s different to the US. While we date, it’s not an occupation, a fixture in everyone’s calendar. It’s only in recent years that the impact of online dating and dating ‘events’ has made people more ‘active’ in ‘pursuit’.

One of the things I learned very quickly when I realised what a poor relationship history I had, is that I was always wondering if each guy might be ‘The One’, I was always looking for love in all the wrong places, and I treated each meeting of a guy like he was going to become my boyfriend – basically I was emotionally invested before there was anything to be invested in.

When I met ‘the boyf’, I’d recently ditched an assclown after dating for a few weeks and even though I’d met a few Mr Unavailables in the prior months as I was getting wise about myself, they were around for minuscule periods of time in comparison to before. More importantly, I treated every experience as something to learn more about myself and these ‘relationships’.

I was focused on enjoying my life, getting my health and strength back, and loving me. My attitude was, if I met a guy, lovely, but not losing my mind or my life over him, but in the meantime, there was no fire.

I had been emotionally unavailable for most of my 28 years, had spent my teenage and adult years with dubious choice after dubious choice – I’d only been loving me for a fraction of that time.

And this is what women who truly are committed to having a higher self-esteem that is not based solely on a man or a relationship, that validate themselves, and who truly embrace their lives need to get real about:

You don’t revolutionise the wheel overnight. You can’t be emotionally unavailable on a Tuesday and decide that because you now have an idea of what these relationships are about, that you’re ready for ‘The One’ on a Wednesday.

You may well meet an assclown or two, or ten along the road – that doesn’t mean anything. Just like millions of people around the world, we come across unsuitable people…and we show no interest and walk away.

Assclowns and Mr Unavailables, while they’re very good at homing in on likely targets, they’re also very good at chancing their arm – It’s the Time of Day Principle. You give room to their advances and their crap and they know that they pass go and collect some of your self-esteem en route. You don’t give them the time of day and go along your merry way without a second thought, whether that’s because your spidey senses instantly recognise a chump or because you very quickly spot a red flag that screams abort mission, and they move on to someone else.

There are many women who are willing to throw their energy into the abyss that is these men, you don’t have to be one of them.

The point is, it’s no big deal. I wouldn’t worry about why an assclown or Mr Unavailable approaches me – I would worry more about why he’s still there.

I’m not saying that you shouldn’t place yourself in situations to meet men but actually, if you leave the house, mix with people, go to parties, are social, are open to having a conversation with people without expectation, you will still meet guys. They don’t have to turn into a relationship, never mind dates, because realistically, not every man that you meet can have the potential to be The One.

Instead of thinking ‘OH NO! I was approached by an assclown – I am DOOMED to only be with these men!’ and then start mentally resigning yourself to a life in Assclownsville, you could think ‘Thank God I see through this assclown crap and they don’t stand a chance. Move on!’ and pat yourself on the back for great judgement. Why see the negative when there is a very clear positive?

By recognising how inappropriate one of these guys is for you, you’ve just spared yourself some pain, which is more than you used to do!

It’s unrealistic and downright crazy as not only does it show a lack of quality control but it kinda shows a bit of desperation. When I realised that about my dating history, it ‘sobered’ me up pronto.

And there’s no point doing the whole ‘But what if years go by?’ I am yet to come across one woman who can wholeheartedly say that she healed from her hurts, has a decent level of self-esteem, and couldn’t meet a man for years and years.

This is why I say it’s important to value you and the life you have because depending on what stage of your life you finally click with this, it may seem to put you under pressure, which in turn can create dodgy results. This is why you need to know when to let go of bad investments so that you don’t waste time and ensure that you’re doing things that benefit you and make you feel good.

If you’ve been spending a significant portion of your life engaging in relationships, behaviours and habits that have only served to make you unhappy, it’s time for you to make big changes.

Don’t place all of your happiness in the hands of an assclown, Mr Unavailable, or a man that is yet to materialise – get and be happy now.

Are you truly focused on you and building your self-esteem and your life? Or are you ‘secretly’ waiting, willing, hoping, that today might be the day that ‘he’ will show up?

Are you in a casual relationship with your values?
We don't need to give away power to be, do and have what we want
Stop Explaining. Stop Justifying. Stop Talking. Boundaries Are Upheld With Action