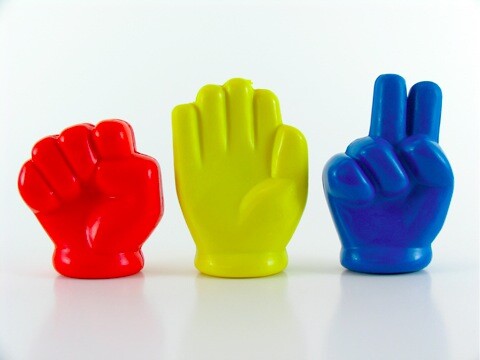 It’s Friday night here in the UK and I’m pretty sure, as happens every weekend, that some of you will be waiting for that ‘certain someone’ to call/text/email about the possibility of making arrangements. Some of you by the time you read this will have ended up making last minute plans and have been on tenterhooks all week watching your phone etc for ‘The Big Invite’ and some of you will end up sorely disappointed either because you don’t hear from them or because when you do, it’s at some obscene hour or they behave like a twit.

Here’s the thing: When you wait around for someone to ask you out and you put yourself on layaway so that you can be available should they see fit to ‘make contact’ and dignify you with their presence, you inadvertently communicate that not only do they not have to value your time or even you as a person, but that you’re an option. An option I might add, that could do with filling up their life with better pastimes than being lastminutedate.com. or Dial-a-Lay.

The weekend thing is just one example of many where you communicate that you’re OK with being an option. Here’s a few more:

No matter how many times they reject you or the relationship, you’re up for another sequel – A Nightmare on Relationship Street #135

You say you’ll ‘wait’ even when they tell you not to.

They say they don’t want to commit and want to keep things casual and you play the ‘long game’ so that if they spontaneously combust into being available, you’ll be ready to ‘step in’.

They’re dating/sleeping with others and even though it makes you feel like crap, you stick around.

You sit at the round table in their harem, fawning over them and competing for their attention.

They say “You know where I am if you change your mind” after you told them to take a run and jump because they’re attached/otherwise unavailable/a dipstick.

You play The Good Girl/Guy and suckerdart yourself to them as Friend of the Year post breakup so they can recognise your greatness, validate you, and hopefully see the error of their ways – they think “Hmmm, looks like they’re OK with being tapped up for a shag from time to time”.

They can call you up at any time of night and sextext with you or arrange to hook up.

No matter how much time has passed and no matter how flimsy or bad the history, they can come back. Don’t believe me? Just ask many of the people who get caught out by the Returning Childhood ‘Sweetheart’.

You’re hanging around waiting for them to break up with their new partner so you can pick up where you left off.

You let your ex call you up for an ego stroke or to bitch about their current relationship. They think “Hmmm…well at least I know that if things don’t work out, I’ve got X to fall back on”.

They show or tell you that they’re not over their ex or ready for a relationship and you keep pumping up your emotional airbag and buffering them.

You communicate “I know you think you can do better but when you discover that you can’t, I’ll be right here waiting for you”.

They tell you that they’re married/have a partner after they’ve been acting like they’re single and you don’t so much as flinch – they then know that you’re likely up for playing the third wheel.

You keep hanging around trying to convince them that they should be with you and demanding that they love you.

You’re still talking to them and making room for them in your life no matter how poorly they’ve treated you.

When you allow yourself to be an ‘option’, you hang around letting them use you up with a possibility of being ‘chosen’ while often committing yourself to the idea that they’re your only option.

You’re giving them freedom and the right to ‘choose’ you while curtailing your own freedom and diminishing your self-esteem and your boundaries in the process which removes your power and creates a greatly imbalanced ‘relationship’. Instead of being in an equitable, mutual partnering, you hand over all of your power and then lay down and let a doormat sprout from you.

Being an option gives other people the option of directing your life, even if they don’t want to.

In business, options exist to provide the right to buy or sell something within a specified timeframe at a set price. In relationships where people make ‘deals’ but often don’t have deal breakers , if you’re allowing yourself to be an ‘option’, it’s like putting a deal on the table even though the person has backed out, isn’t interested, or is not an appropriate relationship partner to make a mutually fulfilling relationship deal with.

You’re giving them the choice of keeping you in their back pocket for a rainy day emotional airbag to fallback on for an ego stroke, shag or a shoulder to lean on.

You’re also communicating that you’re OK with being a choice – there are other options – which allows them to keep their options open. But more worryingly, when you allow yourself to be an option, you communicate that they don’t have to choose, they don’t have to value you and they are free to reject you and pick up again when they feel like it.

It also means that you’re prevented from having the choice to be available for an available relationship because being someone’s option shuts you off to other opportunities. Don’t believe me? If you’ve ever tried to date while being an option for someone, you’ll have struggled to be emotionally present and correct because you’re unavailable and into the person you’ve optioned yourself to.

You’ll never be able to move on with your life, feel a sense of personal contentment and forge a happier, mutually fulfilling relationship with someone that values you, if you’re option for someone else that doesn’t or only values you for what they can get out of you on their terms.

You’re not someone they can call up last minute and squeeze into their oh so hectic life. You’re someone to be made plans with and to co-pilot a relationship and a future with. They’re either in, or they’re out – don’t give them the option to flit between or dip their pinky toe in.

Never allow someone to reject you (directly or indirectly) more than twice.

I’d say once, but I’m all too aware how people are obsessed with second chances. But three times and beyond – it’s time to get off the relationship crack.

On Being A Pleaser: You don't have to keep acting as if life is imposed on you
Revisited - Dear So & So: Sorry, my heart/libido/ego/imagination says yes, but my self-esteem says n...
My Guide to Being FWFs -Friends Who F*ck/Fumble aka F*ck Buddies