When They’re Not Over Their Ex: A Lesson In Empathy 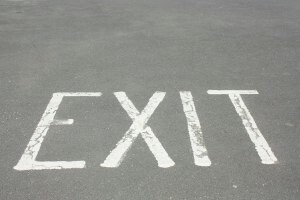 You meet someone, they ask you out. You enjoy yourself, you continue talking and spending time together. The attraction and desire for a relationship build as the dates continue. Unfortunately, in spite of chemistry, shared interests, direct and indirect references to the future, etc., it becomes apparent that they’re not over their ex. Maybe they tell you, or it becomes clear through their actions.

Despite the new evidence that scuppers your ‘case’ for a relationship, they tell you they like you a lot and that they want to be friends, even if you don’t sleep together. Or they try to get the fringe benefits without the relationship.

You’d put yourself in their shoes and immediately recognise that after a breakup, it’s a confusing and painful time where you go through a plethora of emotions.

Basically, it’s time to get out of the way.

You may even recognise that when you’re keen to avoid the hurt, it can feel oh so tempting to attach yourself to someone in the hope that they’ll distract, numb, or even excite.

What you also know, however, that they don’t do, is fix your breakup for you.

You’d recognise that not being over your ex, in whatever guise it takes, means still emotionally tied, whether it’s positively or negatively. It means that you might still be in touch with them. Perhaps a reunion is still under negotiation, or much effort is being expended on avoiding making contact or swatting off their efforts.

You know that a breakup involves thoughts popping into your head when you least expect them that you may feel like you have no control over. It means crying unexpectedly or feeling a sudden surge of anger or a deep wave of sadness.

Being empathetic means recognising that they’re hurting but may be finding it hard to deal with.

There may have been no ill intention and that they were and are interested in you, it’s just they overestimated how ‘ready’ they are for a relationship.

They thought they could handle this and didn’t want to miss out. Sure, you’ve met people when you’re not in the right place and been afraid of letting them go in case they get snapped up by someone else.

It’s recognising the futility of this three-in-an-emotional-bed-situation and wanting no part of it.

Even though you are sympathetic, empathetic and compassionate, confining wouldn’t be good for them, and it sure as hell wouldn’t be good for you. Of course, they’re going to want to spend time and hold on to you (Who wouldn’t?!), but you have to do what they’re unable to do for themselves or you. It’s the right and respectful thing, because you don’t do second best.

You’d put yourself in their shoes and immediately recognise your pain and your experiences…even if their pain comes from a different place and they’ve in fact had entirely different experiences. You’d recognise that it’s a confusing and painful time, but reason that they’re ‘confused’. The rationale is that if you give them enough time, they’ll forget their ex. You recognise that it’s an emotional rollercoaster, but you don’t trust your own feelings and judgement, so maybe they have it wrong too.

You may reason that you’ve often dated or even had relationships when you were still emotionally invested in an ex.

You believe that the love you had to give was still a lot, even if you were divvying it up on the quiet. To be clear, it wasn’t. You’re overvaluing what you bring to the table.

Perhaps you believe that it’s the job of the next person you date if they’re that fabulous, to make you forget about your ex. By the same token, if you snatch the hot seat, then you’re validated as being ‘good enough’. Then you’ll think “What? They’re telling me that they’re not over their ex! We were having such a great time, but I obviously wasn’t good enough to make them forget about them. I feel so rejected! I just need some more time to show them!”

While someone not being over their ex means press your eject button, you might recognise this, you might not.

You’d fear being ‘impatient’ and that after allowing yourself to be a Buffer, once they’d recovered in your Rebound Hospital, they’d skip on out of there and be an available, over-their-ex partner with a different person. This then becomes you seeing potential and believing that they want you to be ‘patient’.

Then you’d think to yourself that if someone was willing to love, care, and shag you even though you were hurting and not ready for a relationship, that you’d be so grateful when you were feeling better, that you’d give them a relationship. And it would be one full of the potential you envision as a reward.

It’s either that they said they’re not over their ex, so you decide that their actions say otherwise, or you see that they aren’t, but focus on their words. Either way, nothing matches.

You’d say stuff like “Well if I wasn’t over my ex, I’d leave” or “If I wasn’t over my ex, I wouldn’t get involved with someone else”. Then you’d reason that they haven’t left and that they did get involved with you, so they must be over their ex. Then you’d wonder if they were talking out of their bum as a gentle way of letting you know that you’re not ‘good enough’.

You’d put yourself in their shoes and remember the good times you’ve had, even if they’re brief. Perhaps you’d recall the potential you’ve seen… and then see it for the both of you. You’d imagine that they don’t want to make the ‘wrong’ decision, so decide to help them avoid making any decision.

If you put too much of yourself into another person’s situation in the guise of empathy, that’s not recognising and sharing the feelings of another. It’s latching and hogging aka overempathy.

You can relate to their situation without becoming them and making their situation about you. When you overempathise, you make too many assumptions about their motivations and the meaning of their actions. You might even tell yourself that you know what they’re thinking (you don’t).

Empathy allows you to consider another person’s perspective. If you make it about your feelings, it’s your perspective. When you deny, rationalise, and minimise the truth so that you can remain in a situation, it turns it into a fantasy.

Genuine empathy allows you to be real.

Genuine compassion for someone in a difficult situation does not always boil down to doing the easy thing. This is especially the case if doing so is more about keeping you in your own comfort zone. You will do more harm than good, including to yourself.

So, what do you do when someone shares information that’s critical to the status or perception of your relationship?

From there, you can form action points or the basis for asking important questions to clarify their position. This helps you to make healthy decisions in reality.

What you shouldn’t be asking after someone shares information about themselves is What’s wrong with me? Nothing’s wrong with you. They’re hurting/struggling/whatever. They’re emotionally dealing with something from their past, so they cannot recognise and truly participate in a good thing in front of them.

It Started Out So Great - Why Can't He Go Back To Being 'That' Guy?
Jump Off the Merry-Go-Round & Say NO to Relationship Crack
It's Not The X Factor: Stop Treating Dating Like You're Auditioning For An Expert Judge