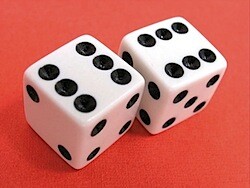 I see so many people practically getting a Ph.d in investigating what someone said but didn’t back up with words, or investing themselves in something that looks like a relationship but the other party has said things to the contrary, that I felt it was time to break it down.

If the person appears to behave like they’re in a relationship by exhibiting the hallmarks of one such as spending time with you, sleeping together, introducing you to people, acting like you’re in a relationship, but then says that they don’t want to commit, that you’re “just friends” or ‘Friends With Benefits’, or denies that you’re even together, or says they’re not ready, their cat’s stuck up a tree, they haven’t got clean drawers, their budgie died when they were five, or whatever, if you continue, you’re ignoring the fact that their words don’t stack up with what you believed to be the actions of a relationship.

This is basically not seeing the wood for the trees because you’ll be telling yourself that action speaks louder than words, as if having the hallmarks of a relationship without the landmarks of one, trumps someone essentially disrespecting you and your relationship. You don’t realise they are lessening their responsibility, managing down your expectations, and telling you that you have the wrong end of the stick. “This isn’t a relationship so whatever you’re reading into things, it doesn’t hold the same meaning for me. I don’t feel the same way.”

It’s time to ask yourself what the hell you’re doing with someone who will shag you, get an ego stroke, play house etc but then say things that completely contradict that? When they say stuff like “I don’t see myself settling down with you”, you must be thinking “What the what now? Pur-lease! They don’t know their own mind!” That’s like thinking they’re a bit thick and need some hand holding in the relationship department.

However, when someone says any of this “I don’t want a relationship” and other such BS that contradicts their so-called action, it’s a get out clause and forewarning. If you continue, they assume you know the deal and recognise that how they’re acting is with a backdrop to what they originally said. They haven’t changed their mind.

On the flipside, I come across an incredible number of people who are sold on the wing and a prayer of words. Some have been interacting with people who have never had their actions match the words that come out of their mouth for over five decades. That’s some heavyweight Future Faking with an even heavier does of denial, rationalising, and minimising.

When you allow someone to persistently and consistently talk a good game without delivering, it’s like allowing them to bend over in your life and fart an incredible amount of hot air.

You may be thinking “Oh but they said it so they surely must have intended it” or “People who don’t love you or don’t want a relationship don’t talk like they’re in a relationship” or “They must say this stuff because they intend to do it and then it must be something about me that’s making them not do it so if I love them enough and become a loveable person then they’ll finally come up with the goods”. These people are a violation of the Trade Descriptions Act while selling you goods under deception.

Really, being with someone who talks but fails to act, is like calling up one of those chat lines over and over again. “What’s your fantasy today?” they ask, barely disguising their boredom while cutting their toenails. “Tell me about the type of relationship we’re going to have, the things you would do, where you would take me and then tell me all the excuses for why you won’t do any of those things and then reel me in again with some more Future Faking…”

The person who acts one way and says something else is talking themselves out of any perceived commitment to you so they can lessen their vulnerability and responsibility.

The person who says one thing and then does another thing entirely or nothing at all, is passive aggressively acting themselves out of any perceived commitment. The longer you hang around, the more they realise that you buy the fantasy so they take their foot off the peddle and just keep farting that hot air, occasionally throwing out a little action in times of panic and then gradually undermining it all over again once they think it’s safe to.

When someone’s actions and words don’t match, you can never truly trust in them or where your relationship is headed, which by the way is nowhere. You’ll be left hungry for substance and very confused.

Actions do speak louder than words but don’t get it confused. When it’s not a match, the actions tell you everything you need to know.

If someone appears to act like they’re in a relationship but says different, it means that the actions are now those of someone who is not in a mutual relationship with you, which means you’re feeling and giving in what you perceived to be a relationship and now need to roll back.

If someone says they’re in a relationship, but doesn’t back it up with action, their actions contradict it or they even do nothing at all, it also means that not only is this clearly not mutual, but it doesn’t exist as stated, which is verging on a fantasy relationship.

If actions and words don’t positively match, which means you have hallmarks and landmarks, you’ve got problems. You will have even greater problems if you fail to recognise the disconnect and push your flush handle. The funny thing is that when they do match, you know where you’re at, and when it’s a good match, you’re not spending your life feeling mind screwed and ‘hungry’ for substance.

For a no holds barred guide to actions not matching words, check out my book and ebook Mr Unavailable and the Fallback Girl in my bookshop.

A breakup doesn't equal failure
Buffers: When You're The One That They Turn To When They're Unhappy With Their Current Relationship
Revisited: Are you worried about being 'good enough' for something you don't want or are not even do...