Why You Need To Drop Convincing Out of Your Relationships 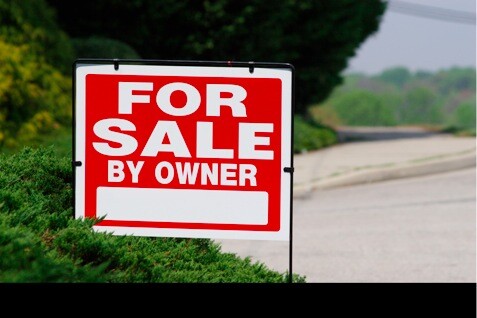 Every year I come across thousands of people who are trying to love, give, be, do, twist, turn, morph, adapt and transform themselves, so that they can ‘win’ the affections and attentions of others. They believe that they’re “not good enough” and that’s why they have to do all of these things, and that eventually when they reach the tipping point, they’ll be rewarded. Examples:

Convincing others that you’re good enough for them or even for their peers and family.

Convincing them that you’re beautiful enough.

Convincing them of your worth and that you’re worthy enough.

Convincing them that you’re slim enough.

Convincing them that you’re loyal, understanding, and supportive even of the shadiest of behaviour.

Relationships just don’t have the room for you to be engaging in actions that you think are going to cause someone to believe that you’re ‘good enough’, beautiful, worthy, slim, whatever enough. That is what convincing others is about – “Tell me that you believe that I am true or what I have to offer is real.”

Convincing tells someone that you’re not personally secure. At times it may even say that you’re desperate, which is unlikely to be what you were intending to convey.

Nobody thinks “Wow they’re really insecure or really desperate so they must love me dearly”, but they do think that it raises flags and question marks over you and the very value that you’re trying to convey. It inadvertently slips into the territory of Those Who Doth Protest Too Much.

We have to be and do what we are as a natural extension of being our authentic selves as opposed to being Mr or Miss Tries Too Hard.

I used to be responsible for pulling in seven figures of revenue for a magazine. There was always that tense time between when I’d pitched to an agency or a client and the deal being approved, but I didn’t run around haranguing them into a deal because it would have smelt like desperation and in turn it would have raised unnecessary questions or perceptions. I’m not saying I didn’t follow up about deals (trust me you would if you had to work for a real life David Brent / Michael Scott – The Office), but I was very relaxed about things and I made sure that I presented our brand and product in the best light to convey the value so that they’d have to think pretty damn hard before turning it down.

I wrote about relationship deal breakers recently – no relationship deal can be made if it’s not mutual. You both have to put both feet in and it’s a 100:100 effort. Neither of you is less or more special and if one you is thinking along these lines, a deal isn’t going to happen, unless you want to sign into a bad deal.

The trouble with ‘convincing’ is that you feel that you have to go the extra mile to convey certain things about you. You don’t believe you can let it be, or you’re not willing to accept what will happen if you stop pursuing them for what really amounts to validation – confirmation of your worth and of your ‘rightness’.

Often what we believe they need to hear or see in order to be ‘converted’ is waaaay off mark. I had someone try to ‘prove’ they were honest to me – I hadn’t actually thought they were dishonest in the first place. Even if someone tells us what they need to be converted, they may be talking out of their bum and other times they’re asking for things that convey that they’re not the right person for us.

Too many people spend their lives making it their vocation to find out “Am I the right one for you?” We’re not spending anywhere near enough time asking “Are you the right one for me?” It’s almost as if we assume that if someone will dignify us with a relationship that they must be ‘right’ for us – they’re not that special!

“Make me whoever you think I should be”.

“Approve me. Buy me. Sign the frigging deal please.”

It’s critical to be yourself, your whole self, and nothing but yourself.

Convincing others will have you being anything but you, because your actions reflect a mentality that says you’re not good enough and that you ‘must’ be and do whatever it is that you believe will convince aka people-pleasing. It says you’ve got to ‘convert’ them, which screams that the position that they’re in now is of non acceptance/agreement. That’s a major code amber to red alert right there.

You’re in one of two positions:

1) You automatically behave like someone that has to work extra hard to convince others because you assume you come from a ‘lower’ position. You’ll be an Over-giver because you don’t believe you’re worthy – they’ll do one thing, you’ll do several.

2) You’re being treated or told that you’re not good enough, so now you’re trying to jump through hoops and cartwheel over hot coals with your self-esteem trailing behind you, to meet someone’s standards and cater to their shifting goalposts.

One is saying step back, stand still, rein in your giving, and take this person off their pedestal so that you can meet them on a level. Let them meet you in the relationship. Or opt out of dating until you’re ready to be an equal from the outset.

The other situation says you’re not accepted which means they don’t respect or value you, which means they’re not good enough for you which means it’s time to hit your eject button. You’re a person of value. Convincing others of it automatically devalues you in the process. It’s acting like all they need to do is show up and breathe – that’s ridiculous! Who died and put them in charge of you and your value?

If you don’t feel ‘good enough’, you never will if you’re in an ongoing pitch and negotiation in your relationships.

You’ll never feel secure or happy in the relationship. You need to arrive to a relationship ‘deal’ as an equal and stay that way.

Occasionally I had clients who would try to get me to do what we call ‘dropping your pants’ in media. The deal is on the table and then they keep haggling to squeeze down their costs and up their value for money. I always buffered myself in preparation but knew my limits and walked away, because I refused to devalue the product.

It’s tough but sticking to my guns and knowing my limits (boundaries) was invaluable. Those who didn’t value the product were never going to buy anyway, others came back at a later date after respecting the value and recognising they’d have to stump up (some had snoozed and lost), and the rest went ahead and did the deal – they were chancing their arm.

It’s very similar for relationships. I also have a rule in business – While there can be room for a little compromise, I don’t tell others what I think they’re selling is worth. I either buy or I don’t and I don’t expect others to tell me what I’m worth either. This works well in interpersonal relationships also.

Relationships are a lot more simple than we give them credit for – the other party is either in or out. They either accept you or they don’t. If you have to convince them to be ‘in’ or to ‘accept’, it’s a deal breaker.

Being yourself, action, and interaction creates value. Convincing sucks the mutual out of the relationship, which you need for a healthy partnering plus it’s just not attractive.

Sing it to yourself – “I am what I am and what I am, needs no excuses..or convincing”.

Why There's No Point In Being With Somebody Who Blows Hot & Cold
Podcast Ep. 26: Just Not That Into You Or Unavailable?, Super Late, 'Overnight Success'
Podcast Ep. 76: Curtailing Happiness?, Over-Apologising, Should I Tell Him He's Avoidant?