Judging Isn’t The Same As Guessing: Why it’s time to stop giving you a hard time for being a bad guesser of character 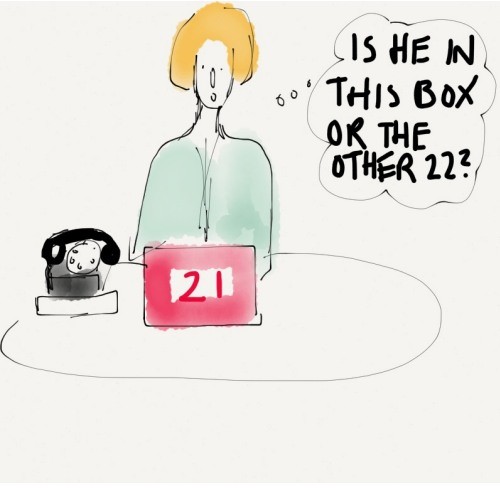 One of the issues that many people who have felt burned by a relationship experience, especially those where the other party unfolded into something dramatically different to what they’d envisaged or believed, is that sense that due to having misjudged this person, they don’t feel that they can trust themselves. They worry that they’re going to invest trust in someone else who turns out to be a heavyweight bullsh*tter or who just quite simply cannot live up to the picture that they’ve painted in their minds. They relive the experience over and over again and beat themselves up for not being a good judge of character, but if what happened was actually based on assumptions, then they’re actually beating themselves up for something that they didn’t do.

There’s a big difference between judging character and assuming or should I say, guessing character. They are not one and the same thing.

When we make a guess, we estimate or assume something without having enough information to be sure of being right.

This means that with a guess, we might be right, we might be wrong, we might be close. By understanding that we made that guess though, then we accept that we’re working with estimated/assumed information. My five-year old sometimes estimates how many items there are. If she wanted to be sure of being right, she’d count them. Em has this grating habit of saying, “Guess who I bumped into today?” It’s not as if we know three people between us and so I start suggesting names and he’s giving me a look that says, I can’t believe you haven’t guessed it yet. I’ve started asking for clues…

If you’ve ever met somebody and jumped in head first with very little information, that’s guesswork. If you noted one particular quality or attribute or even a few of them and then assumed the existence of others, that’s also guesswork.

Sure, there’s potentially an element of ‘judgement’ there in the sense of glancing at the information in front of you and then estimating or assuming what you’re dealing with, but it’s not the type of skillset you would use for judging a person’s character or situation, after all, if you were doing that, you would be working with the knowledge that people unfold, you don’t know them at a glance, and it takes time and experience for you to able to gather knowledge that would help you discern their character and/or the situation.

There’s a gameshow here in the UK called Deal Or No Deal. I know it has its fanatics but jaysus, it’s basically a guessing game. Drives me batty. Twenty-three people each have a box and one of them is playing for an amount between 1p and £250K. They don’t know the amount in their box but as they choose from the other twenty-two boxes, they gradually attempt to work out the amount that they have in theirs. What I find so funny is that the contestant will choose a numbered box because they have a good vibe about the person standing behind it or they’re wearing their favourite colour and I’m thinking, It’s.A.Bloody.Box! That person doesn’t know what’s in the box and has zero influence over the amount inside. It’s a guessing game!

Obviously people have won money and some have misjudged an opportunity to walk away with money from ‘The Banker’ (a voice on the end of the phone that offers them money to walk away at strategic points in the game) but it would be foolhardy of somebody who doesn’t win the amount they were hoping for, to beat themselves up for not having guessed right. Guessing isn’t the same as judgement.

When we beat ourselves up for what essentially boils down to not having guessed right, we miss the point. 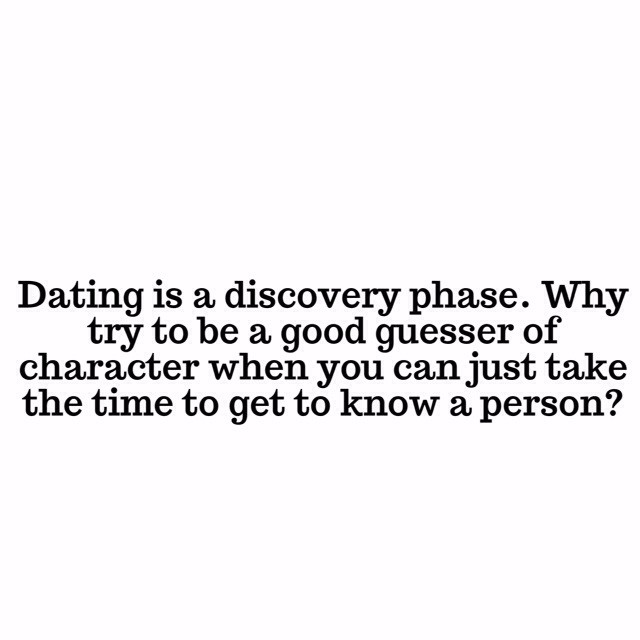 The lesson isn’t to learn how to guess better – the lesson is for us to recognise that human beings are not the same as boxes with numbers or other inanimate objects. Judgement is honed over time and experience. It also requires us to be conscious, aware, and present. We not only have to be willing to be listening, watching, and having an active response, but we also need to be willing to listen to ourselves.

We can look at an orange and think, Hmm, that’s an orange, but it’s ludicrous of us to expect to look at person and guess all of their qualities and characteristics based on a limited amount of information that we may be biased towards skewing anyway or even based purely on what they’re telling us or claiming they will be in the future. Hell, we buy things every day based on reputation, and even then, our experience of something can be totally different to what was tooted or expected. Considering how impacted our sense of self can be and how our responses to painful experiences can have longstanding consequences on our future perception of ourselves and our choices, gambling with guessing on who to let into our lives at such an intimate level is dangerous.

If you’re going to guess, at least acknowledge that you’re guessing instead of calling it judgement. It will keep you in reality.

Even when we use guesswork where really, we need to have observed that situation, our own responses, and also their who that person was unfolding into, once it becomes clear that what we guessed is inaccurate, we have an opportunity to put things right within ourselves by using our judgement now.

Even if there are elements that we’re still a little unsure of, with the knowledge we’ve gathered, we’re a damn sight closer to reality than we were in a guesswork bubble. The great thing is that when we’re willing to listen to ourselves and also willing to heed code amber and red information, these help us to judge ourselves out of situations that are not befitting of us. The knowledge that we are gathering helps us to make a judgement and of course, that’s a process of trial and error in itself, but the more we gather and process information in reality instead of guessing ourselves in and out of situations, is the more that we learn to trust ourselves. If we want to have confidence in trusting ourselves and be better judges of character, we have to cut down the guessing and be willing to do the due diligence that comes with the discovery phase. Less guess, less mess.

Wanting to know someone's intentions
Compatibility, Your Type, and Common Interests Part Two
How do you heal a broken heart?