You’ve Got To Call It As You See It: Why you mustn’t fear judging a situation or actions 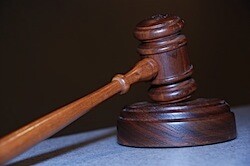 I have an ex who in retrospect, it was only once I’d gotten as far away as possible from him, did I truly acknowledge what an abusive situation it was brewing up to be. Long time readers may recall that he’s the one that drove like a maniac ranting in a jealous rage, got caught out, lied, called me a psycho, and turned out to actually be lying, and also slammed a door at me, hitting my wrist. Obviously I was still there, so I hadn’t judged the situation adequately. Yet.

No, I judged it when he was shouting at me and being very aggressive and I asked him to stop. He then cowered on the floor covering his head, and mimicking what he imagined was me as a child he said “Oh pretty please! It’s scaring me! I don’t like it when mummy and daddy fight!” and then sort of did that maniac laugh like at the end of the Thriller video. I literally went cold and it was like reality slapped me in the face. Within 48 hours, we were over and my flight was booked.

There were too many situations with him where I could and should have judged the situation and hit my eject button but denying, rationalising, minimising and even wondering what I had done to ‘provoke’ this in him, kept me hanging around for far too long – this man displayed anger issues the first time we met, yet went from “angry asshole” to boyfriend material…

Older and wiser, I’m not afraid to judge a situation because it helps me to make decisions and also keeps me safe, plus enables me to live authentically and happily. What worries me is that the more I read about what could be viewed as ‘objections’ to having boundaries, to distancing from inappropriate situations, and even calling a spade a spade, is the more I recognise that people who aren’t making judgements about situations or even a person’s behaviour have a problem with appearing judgemental and conversely with thinking that their judgement has more power than it does.

This is a fundamental part of life. Whether you recognise it or not, you make decisions (not always considered…) and come to conclusions (not always sensible) every single day. When I walk to the pedestrian crossing, I look left and right and judge that it’s safe to walk.

When I’ve opted out of relationships, often after I’ve flogged that donkey till it collapses, I’ve judged the situation which includes me, them, and the combined result, and decided that it no longer works for me.

To judge/pass judgement: To criticise or condemn someone from a position of assumed moral superiority.

Another meaning for judgement: A misfortune or calamity viewed as divine punishment.

If you avoid making decisions, it means you avoid making judgements. If you at the same time get your knickers in a knot about how you may be perceived as ‘judgemental’, you’re mixing up your meanings! You also have the inverted ego issues that can have you make other people’s actions about you. Just like how we often give to people what we hope to get back, how you feel about judgement says a lot about you.

You don’t make ‘judgements’ because you don’t want people to make judgements about you, which is also trying to control the uncontrollable. You likely see it as rejection. The ridiculous thing is that all this worrying is a waste – they’re going ahead with their own lives and making their own judgements even though they may not be specifically criticising or condemning you from a position of moral superiority or laying down divine punishment – not everything is about you.

You can still use your intelligence, gut, instincts, common sense, eyes, ears, nose, boundaries etc to make judgments that enable you to get on with your life in a healthy, happy manner by opting you into what works, and opting you out of what doesn’t.

If it helps you to feel better, forget the word ‘judgement’ and replace it with ‘decision’; you may not like it but you still have to do it. A life without decisions is stagnation.

Long time reader Grace with her straight to the point, often hilarious comments said on my last post:
“You kick a dog. The dog runs. In what way has that dog judged you?” Amen.

If you lure the dog back with a piece of meat, stroke it for a bit, and then kick it and it runs off again as it rightly should, and doesn’t come back no matter what you throw at it, still in what way has it judged you?

You kicked the dog twice and even went to the trouble of wooing it back – common sense would suggest it would be foolhardy to go anywhere near you again. The dog has instinctively backed off for its own self-preservation and senses the danger. Yeah maybe when it gets down the street, it has a think to itself and judges the situation and maybe even calls you a twat, but really, what has that dog done to you lately? It certainly hasn’t judged you, even though it probably should. By the way, if this situation sounds vaguely familiar to you even though you’re not a dog, just swap in being lured back to a relationship with some Future Faking and sex…

I hate to break it to you, but you’re not God, a higher power, a county court or whatever judge, or even Judge Judy, so basically whatever you think about or even deem someone to be when you tell them all about themselves (clicks fingers in front of face with attitude), really your judgement has limited impact.

It’s not like if you judge someone, that as soon as the thought occurs or you say it, that lightening strikes them, you put a curse on them, or that every media outlet within a 100 mile radius starts printing out newspapers, putting posters up in the streets, and pumping out articles on the net making your judgement public. They’re not going to be ostracised, struck down with the clap, or branded – it’s just your opinion that pertains to you.

It is incredibly egotistical to believe that you ‘can’t’ make judgements for fear of how it may affect the person because you automatically come from a place of being superior. Get off your pedestal because if you don’t, you’re a hop, skip, and a jump to being a Florence.

All you have to do is judge the situation and yes, at times, that may involve judging someones actions or their character, not because you think you’re superior to them, but because if you don’t, you may allow your vagina/penis/ego/lack of self-esteem/desire for status/desire to be the exception to the norm/betting on potential, or whatever, blind you or even put you in harm’s way.

Sometimes you’ve got to call a spade a spade. Yes their ego might be a bit dented but don’t inflate yourself and think that their life won’t be able to go on because you have judged yourself out of a situation with them. You can judge a situation without being judgemental – it doesn’t mean you’re ‘better’ than them but it does mean that you know what’s best for yourself.

Podcast Ep. 223: The Gaslighting of Future Faking
Boundaries and why we've got to stop 'counting to three'
Holding The Sex In the Early stages of Dating
Share this...