Lessons from the relationship with my parents: self-esteem, emotional unavailability, & boundaries 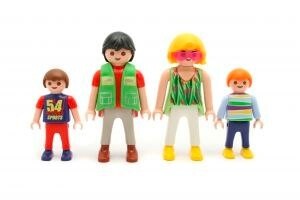 I have a confession – my mum and I have hardly spoken since early August. There – I said it. It’s not been a secret per se as close peeps around me are aware of it but it’s part of the reason why I haven’t updated my personal blog. It’s not because I’m worried she might read it; I just didn’t feel ready to write about it, but I also didn’t want to ignore it and pretend it wasn’t there.

So why am I telling you this? Well I find that things happen in life to teach us things about ourselves. If you don’t learn, life just keeps throwing different ways of learning that lesson until light dawns on marble head and you go ping! Aha! Bit like when we have epiphanies/epiphany moments with Mr Unavailables and assclowns.

I have found with many of the women (and men) that I’ve corresponded with, that their self-esteem issues,  more often than not, have a link to a parent or even both of them. Those who have been reading this blog for long enough, know that when I did an about turn with my life, I had to deal with the double pronged issue of both my mother and father. This summer was a repeat of having to redefine myself to them and re-establish boundaries.

I say ‘them’ because shortly after I had the bust-up with my mother, I found myself having to get blunt with my father…There is a reason why I emphasise the importance of boundaries in every area of your life.

It’s not because I want you to be a hard ass with your defences up and barking at everyone – it’s because we teach people how to teach us and with our parents, in a lot of respects they assume how they should teach us. It is up to us to tell or show them otherwise. Or…adapt your position so that the power for them to impact on you is greatly reduced.

I have found in corresponding with many readers that when they have issues with a parent, they still react to their parent in a childlike way, almost being transported back in time.

They go from put-together adult, to surly pissed off teenager, or petulant seven year old, as their parents push their buttons. Unfortunately the parent child dynamic doesn’t always shift to reflect the passage of time, the way you have developed, and sometimes, they just don’t acknowledge that while you respect the fact that they tried their best, their best sometimes fell short.

However, we also have to acknowledge that we don’t adjust or stop expecting of them, or adjust our expectations.

I realised that despite me putting at peace a lot of the issues that had niggled in the past and driven my lack of self-love and me seeking relationships with people that seemed to recreate that feeling, here I was almost five years down the road wanting to disown the pair of them!

Distracted with kids, the boyf, and my work (Baggage Reclaim and my other blogs), I thought I could cocoon myself in these great things happening around me and just let them each get on with their thing. The trouble was that in not always speaking up or letting things slide, or not fully vocalising my annoyance, things spiralled.

About a week after my 32nd birthday, early in August, my mother and I locked horns. I truly have no desire to hurt her, but I also realised that you have to say something when someone says that you are something or that they are something, but it’s untrue because actions say otherwise.

You can tell me anything you want about you, but actions speak louder than words, plus language also says a lot. So aside from actions contradicting words, you have the swaying of tone, but also using words that don’t match what you’re saying.

This is a bit like when you say you don’t care about something and then say something that clearly shows that you do care!
There were some difficult but honest things said that day. I don’t like taking a load off at the expense of someone else’s feelings, but I also realised that by feeling something but not saying it, I was not only burdening myself, but the other person doesn’t really have the opportunity to even attempt to deal with the issues at hand if they have no clue.
Let’s be real – in an ideal world, someone should know that they are doing something that is p*ssing you off…but we don’t live in an ideal world and the assumption that would follow is that i
Another thing I learned from both of the run-in’s is that connect-the-dot explanations work best.
My father said that he would do some work at our home but not only didn’t he do the DIY stuff, but he stayed with us, did stuff for someone else, and then disappeared for ages. It was horrible. I felt like when I went out with the Mr Unavailable that made me see the light – I’d think I’d hear from or see him in a few days, and a couple of weeks would go by! I’ll be honest, I was furious. He didn’t just do it once, it happened twice and the worst thing was that I actually told him how annoyed I was and why, and yet it still happened.
And then I explained it in a different way.
I told him that of course I recognise that he has to work but that I am the type of person that when you tell me you’ll do something and then you can’t, you should say so, not bury your head and disappear leaving me hanging. For six weeks straight after the birth of my second daughter! I said that when he disappointed me, in spite of what I had said to him (twice), that I felt unimportant and that I fell very much down the pecking order. While him not doing what he said was upsetting, what truly upset me is that by being so careless about my feelings, he conveyed that he did not care. He then insisted that he did care but admitted that presented in the way that I did, he understood where I was coming from.
He now knows that not only will I be annoyed by this type of behaviour in the future, but that I will call him on it.
In our relationships with Mr Unavailables, they don’t connect the dots of their behaviour.
They see things through their eyes, from their perspective, and you literally have to spell it out for them. Yes a lot of them do intentional stuff but many of them just don’t think. We assume that because we’re in pain that they understand why we’re in pain and that they should see things in the way that we do.
I’ve learned a lot in the past few months and tomorrow I will follow up with a whole list of truths about relationships with emotionally unavailable people and communication.
We are always learning and we have to be 100% committed to our peace and sense of well being. I don’t want to argue all the time, but I do realise that when I find myself truly upset by the actions of people that claim to care, rather than stay stuck, I have to adapt a new position. My new position has meant honesty. At the moment that means that I’ve only seen my mother once in the past three months and we’ve spoken very little. Of course I miss her, but I don’t miss the drama or being made to feel bad about myself and in time, I am sure that we will establish a newly evolved relationship...with boundaries. My father and I are OK at the moment and he’s apologised and started doing what he originally said he would. Slowly 😉
Your thoughts? Have you had to get frank with your parents (or someone else) in order to get some peace of mind?

When They're Not Over Their Ex: A Lesson In Empathy
Revisited: Are you worried about being 'good enough' for something you don't want or are not even do...
How To Cope With Being The Other Woman