Podcast Ep.15: Doubting Your Right To Not Be OK With Disrespect, Over-Gifting & Overspending, I Need Time To Process! 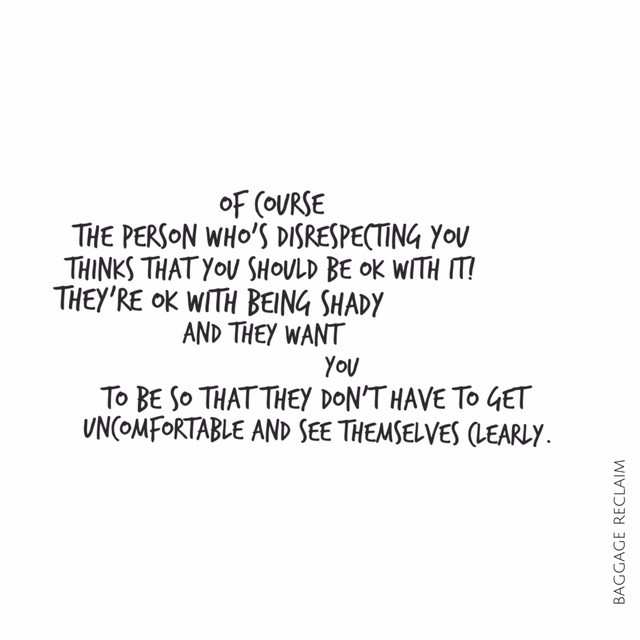 It’s time for a new episode of  The Baggage Reclaim Sessions podcast.

Here’s what I cover in episode 15:

It’s OK to not be OK with being disrespected: Indecision over boundary lines can cause us to accept the unacceptable. We consider doing something about it but then wonder if we’re being “rude” or whether another person would be OK with it. Next thing, we’re in deep pain and sitting around for hours at a time waiting on someone to show up or staying in a relationship long past its sell-by-date. | Embrace Healthy Boundaries is the 30-day project that I refer to at the end of the segment.

Are you over-gifting or overspending?: There’s a lot of people out there right now who are stressed out to the hilt over giving and receiving gifts. I talk about the importance of examining the origins of our over-gifting and overspending habits because we’re often trying to cover up feelings of low self-worth and/or trying to prove something and even make up for a bad past experience.

The connection between having a short-term mentality and commitment issues: If we struggle to delay gratification, committing whether it’s in the form of making a decision or taking our time to show up in a relationship, is going to be problematic.

Listener Question – What do you do when you’ve been on one or a few dates with somebody and you’re just not that interested? Several listeners wrote in for this one. It seems that letting go of someone that we’re not interested in, is ‘complicated’ (not really!).

What Nat Learned This Week: I’m totally OK with taking my time to wrap my head around what I feel about something that’s happened even though some people prefer that I (or others), hurry the hell up and ‘move on’.

Dropping the illusion of words to be action focused in your relationships
Podcast Ep. 119: Happy Christmas, Ex! And By The Way...
The tension relief of procrastination