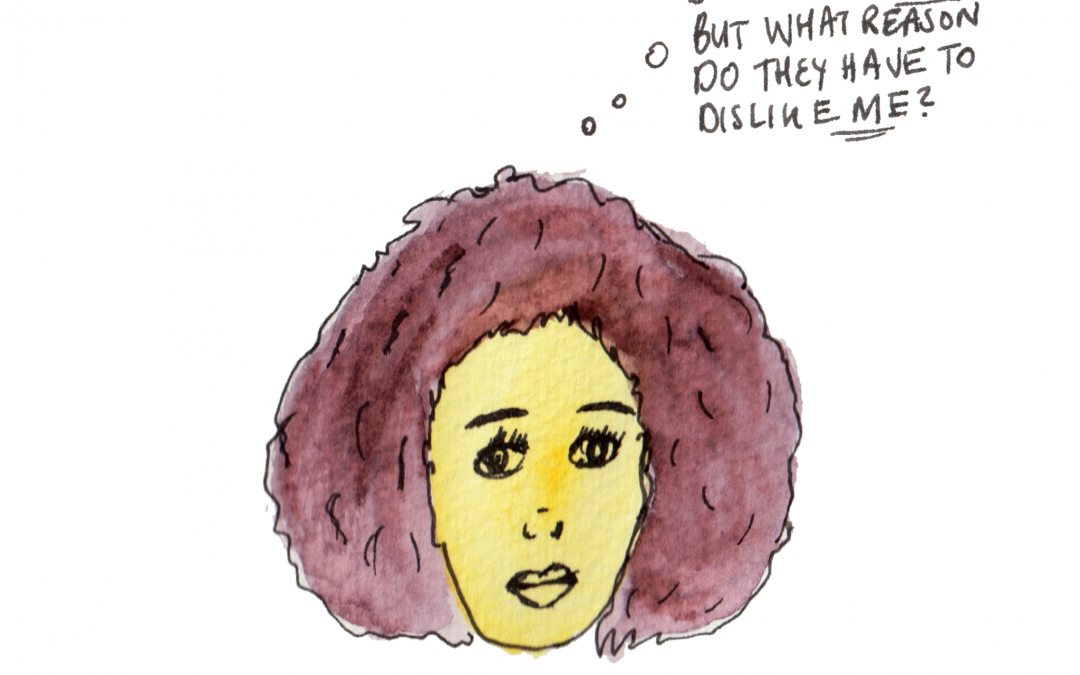 Most of us struggle at times with feeling, believing or knowing that we are disliked by someone. We feel as if it says something about us. It bothers our ego that someone isn’t on Team Us and might even keep us awake at night. In this episode of The Baggage Reclaim Sessions, Why don’t they like me?, I explore the reasons behind our feelings as well as some of the reasons why humans decide to dislike someone.

Some nuggets from the Why don’t they like me? episode:

As humans, we like and dislike people for irrational reasons.

Some of the reasons why people don’t like us…

Envy and jealousy sometimes highlight where we’re throwing our toys out of the proverbial pram. Sometimes we don’t really want what someone else has, it’s just that now that they have it, we feel that we should too, especially if when it all boils down to it, we don’t really like them!

Maybe some of the reasons we’ve told ourselves about why someone doesn’t like us aren’t true.

Why does it bother us so much when someone doesn’t like us?

I know why I don’t like you, and I’m justified in feeling that way, but I’m a good person. What bloody reason do you have to dislike me?

When we base our expectations of others on what we do, this is how we trip into entitlement.

It’s not the present situation isn’t hurtful, but what does not being liked by this person remind us of from the past?

Links mentioned in the Why don’t they like me? episode

Podcast Ep. 253: Was your intuition 'wrong' though?
Podcast Ep. 265: The Trouble With the Not-That-Innocent Good Girl/Guy
Power Struggles: Who's really 'winning' here?