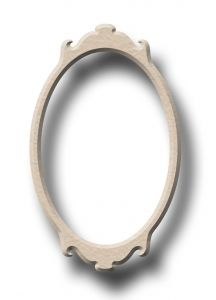 In a continuation from part 1, I explain what the characters of controllers, liars, manchildren, and assclowns can suggest about your own character and relationship habits:

What does a Controller say about you?

If you’ve found yourself with a guy who is a bully, manipulative, jealous, possessive, you aren’t sure of who you are as an entity making it very easy to shift around to accommodate those around you.

Controllers come in many guises. Some sneak up on you with little comments here and there that gradually build so that one day you suddenly realise that you’re not who you started out as. If you live in the UK and watch Eastenders, Peggy Mitchell looks ridiculous since she got together with the controlling assclown she’s engaged to, with a dodge hairdo and and hideous clothing, watching every word she says for fear of getting on the wrong side of him.

Some guys are more obvious with it. Some will tell you straight up that you don’t meet their exacting standards and in your mind, that sends a signal that if you work really hard to please him and do as he says, you’ll win him. He behaves like a shit and then has you convinced it’s your fault for being less than.

This happens to many women. If you’re with a controller, you mistake his pathetic need to control you, as his way of demonstrating that he cares.

You don’t believe that you’re all that special and when he starts controlling you, you take it as a confirmation and start believing him being in your life makes you a better person. He in fact, steals your character like a thief in the knight and ensures you’re dependent on him – for misery and for your ‘happiness’.

You’ve become co-dependent and even though he is the source of your misery, he can also feel like the basis of what you know about yourself making it very difficult to cut him off because you feel lost without him. If he is particularly abusive/nasty, you won’t have enough self-worth left to be able to recognise what a nasty, weak, chump he is.

He is at the worst end abusing you whether that is emotionally or physically and at the other end of the scale, which is still not great, he is engaging with you via control so you’re not free to be you.

If you tend to be involved with controllers on any level, there is a very self-destructive side to you and you’re likely to mistake the familiarity of fear and pain with love.

It’s likely that you will feel helpless and weak as this is a vicious cycle to extricate yourself out of.

What does a Liar say about you?

Ah, the wonderful world of living with the deceptive. From cheats, to Pinnochio’s that will swear black is white and white is black, to fraudsters leading double lives, these men are bloody nightmares! It doesn’t matter if he tells lots of little lies, or specialises in big ones, lies are lies. It’s very possible if you are with a liar, liar, pants on fire, that you’re likely to buy the line that he lied to you to protect your feelings.

If you knowingly involve yourself with men that have to be deceptive to ‘manage’ their relationships and you let them get away with it, it’s because you are in denial. You’re keen on fantasy, you’re keen on illusion, and you’re very keen on betting on potential because you buy into the lies as much as they do.

In short, being involved with a liar is about an avoidance of reality. You’re a master sweeper under the carpet and living the lie means you don’t have to face you either. If you absorb lies into your relationship, the world as you see it becomes very distorted because you have to twist everything else to fit the lie.

When things all go tits up as they tend to do with these men, you’ll say it’s because he let you down, didn’t come through on his promises, led you on a merry dance, and never did quite learn to tell the truth. This is true but in denying yourself and the life you live with a liar, the relationship fails because you’re not living a life that is real with the real you, and truth is ultimately stronger and greater than fiction.

What does a Manchild say about you?

Overgrown babies are the scourge of many a modern relationship. From emotionally unavailable men, to guys that are player playas, to those that deplete your financial reserves, or refuse to move out from their mummy’s and more, they bring a whole new meaning to the saying ‘Once a man, twice a child…’ If you find yourself with a manchild, it’s because you have instincts to overnurture plus you are likely to have issues with control.

You’re trying to raise men from the ground up because rather than deal with yourself and then go out and find a guy that reflects your desires, values etc, you take a shortcut, choose a ‘less than’ man and then try to turn him into what you want.

When he fails to meet your expectations, you feel cheated and unrewarded. Often you’re afraid of dating a decent guy for fear he may see the negative things you believe about yourself – dating down or as I put it ‘dating beneath you’ makes you feel better about your relationship experiences. Plus, when things turn out as the self-fulfilling prophecy indicated, it’s actually because you’re controlling your experiences and environment by knowing what negativity to expect.

Being with a manchild with the emotional age and capacity of soggy cardboard says a lot about you because whilst you are connected to many of your emotions, it’s in a negative way. If you dealt with your emotions in a healthy way and engaged in emotionally healthy relationships, quite frankly, you wouldn’t pee on these manchildren if they were on fire.

But manchildren are ten a penny out there and they cater to old beliefs that men don’t know they’re born and need the love of a good woman to realise their best. Raising a child is exhausting work but often rewarding. Raising a grown man that you shag and have needs from is soul and self-esteem destroying and often the people that get rewarded are him…and the next woman.

Many women who love manchildren are high achievers and very successful. Manchildren seem easier because you may believe that men on your level will feel threatened, or you secretly may not believe that you have what it takes to get a man like this. Being with a more evolved man seems quite scary and would put you out of control and because you have commitment issues and fear of losing control, manchildren in many respects seem easier.

With a manchild, his ridiculousness seems to trump whatever issues you have so these are great guys for cruising and hiding your own problems behind. Trust me, if you’re with a manchild, life is one big avoidance.

What does an Asshole say about you?

Assholes are grade A assclowns or ‘untouchables’. There are many assclowns out there that don’t recognise their behaviour for what it is, but Asshole Assclowns do. Any of the other assclown characters can just as easily slot into this category if they’re particularly nasty. Full on narcissists, beaters, habitual cheaters, criminal assclowns, full on fraudsters and in essence, men that a woman in her right mind would never touch.

These men may represent excitement and in other instances, they may represent the nastier side of what you have experienced in the past and what you believe about yourself. Your friends and family will despair of your involvement with a man like this. It’s just a shame that you don’t….

You are addicted to heavyweight drama. Him being a bastard is oddly exciting and you enjoy competing for his attention. You don’t think you bring very much to the table so he represents everything of what you believe is good in your life. In an odd way, you enjoy the uncertainty and you may sometimes enjoy the misery because you’re not comfortable being happy, or around men that don’t have mean tempers, a parole officer, or a penchant for running up huge debts and then running off.

You’re quite a big optimist. You’re very focused on what he’s like on his good days, which are actually few and far between. You too are in denial and you’re hiding behind the greatness of his assclownary.

I don’t think you believe that you can get out or that there is better out there for you. You’re a settler of the worst kind that believes she’s made a bed that she has to lie in.

As I said in part 1, this is about giving you food for thought and as always say, reminding yourself when you’re analysing him and playing back every moment from your relationship, that if you want real progression, you need to take the focus off him and bring it right back to you. When this is all a distant memory behind you and you’re standing in front of a good man or looking at yourself in the mirror and feeling happy and blessed about what you see and know about yourself, you’ll realise that in changing how you think about yourself and who you engage with, your life has become infinitely more positive.

Your thoughts? Do you recognise why your relationships are not working? Please share your thoughts!

Is it me? Is it us? Is it these emotionally unavailable guys?
The BS Diet: Natural Consequences & Why You Need To Stop The Big Cover-Up
50 Thoughts about Relationships, Communication, & Emotional Unavailability