Relationship Advice: Am I right not to go back to my flip-flapping divorcee? 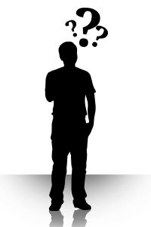 Penny asks: Hi, my recent relationship is over, however, sometimes I still question if I am doing the right thing. Basically after 5 years together, my boyfriend who had been in the process of a divorce during our relationship told me that he had only been divorced for 4 months and that I shouldn’t expect him to run out and marry me. I went home and the relationship died.

After telling me the relationship was over he now wants me back and explains that he does want to marry me but that he has his reasons not to, based on the previous relationship.

Am I doing the right thing by not going back? I figured that if he truly wanted to, his response would have been different.

To be honest, I wouldn’t hurry to go back because an obstacle to commitment is an obstacle nonetheless, no matter what its origin and if he is not over his ex and emotionally healed from the divorce, plus positive enough about the relationship to make a go of things with you, why pursue a relationship?

You’ve already spent five years with him, which by the way, is a long time for any person to take to get divorced–I think that this is a push comes to shove moment.

It is not like you have just met and it is pretty galling that he expects you to continue waiting. He is a living example of why I always recommend that women steer clear of separated men who are taking their time about getting divorced (or who are divorced men who are still going on about the divorce).

If he wanted you properly, he wouldn’t be coming back with yet another lame excuse to stall committing to you.

You need to get on with your own life because your guy is not able to commit to his relationship with you and is still dealing with a large amount of emotional baggage.

If five years with you has not given him enough time to get his feelings and commitment in order for you, staying with him when you know his perspective hasn’t changed, is a waste of your time and giving him carte blanche to maintain the status quo.

It is not easy to let go of long-term relationships, even when they are not working and may devalue you, but at some point you have to choose you.

Better to feel the pain (and it will hurt) and gain some perspective about why you have pursued a relationship with this man for so long, so that you can better understand yourself and work to become
attracted to healthier prospects.

It’s not instant, it’s not easy, but you must commit to you, because if you don’t take care of you, who will?
It’s not going to be him.

If you want to understand why you’re attracted to Mr Unavailables, check out my new ebook Mr Unavailable and the Fallback Girl. Find out more and download.

Guest post: How to demagnetize a Drama Magnet...
Carrying Men's Excess Emotional Baggage (Part 2) It's time to check in your baggage
Be Careful What You Wish For (Or Raise Your Standards By Wishing For More)