Advice Wednesday: Am I ‘The Bridge’ For The Christian Woman I Share So Much In Common With? 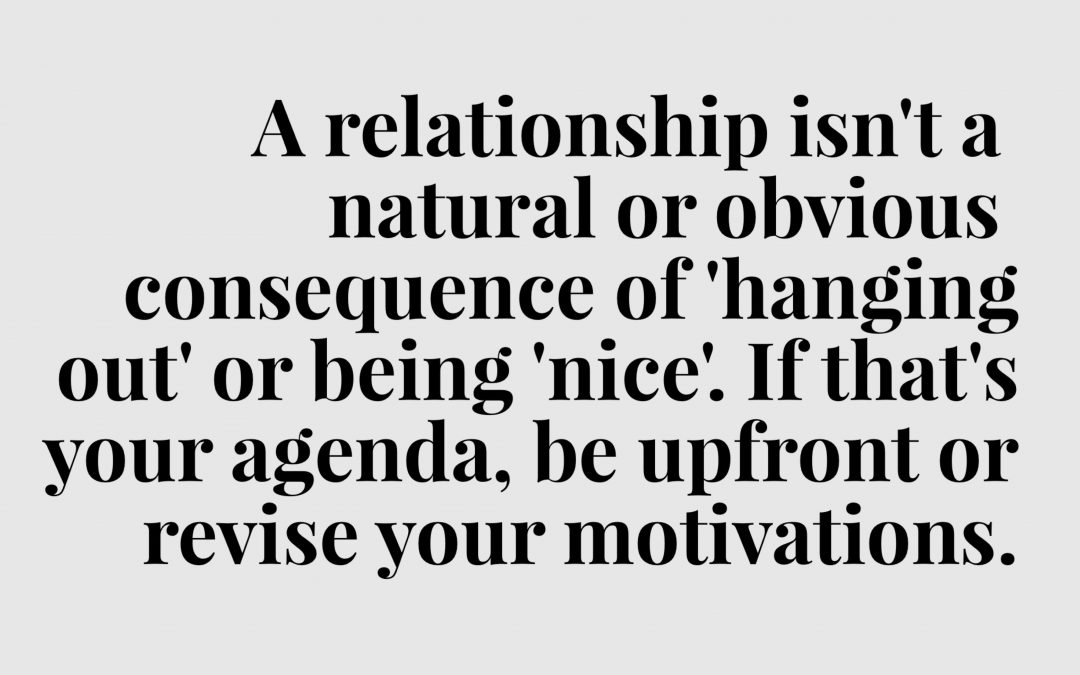 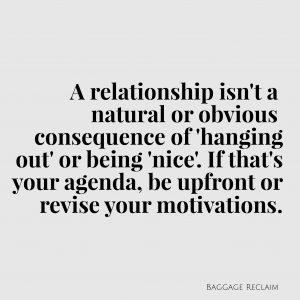 Kevin asks: Two weeks ago, a female employee, 21 (I’m 29), who I’d become good acquaintances with, handed in her notice. Prior to this, I’d never considered a relationship with her.

That day, there was a big concert for a Christian worship band that we’re both fans of. We purchased our tickets together and wound up front row. We started off as friends and connecting was like breathing. As the night went on, it came easy.

Afterwards we grabbed some drinks at a bar down the street. We hang out and she flirts with me. It is obvious that we have a connection. We have an amazing time and she invites me to lunch on Sunday after which we hang and talk for several hours. I thought to myself, This is good. I want a relationship and I’m going to make my intentions known because I’m not going to waste either of our time even if it’s odd. I am her boss for another week but there is connection and I’m comfortable enough, so I ask her if she wants to date and explore that route. Note, I’ve never asked out an employee before.

She explained that she’d cut contact with her ex three weeks before after going through a breakup for a couple of months and that she’s not ready but maybe in the future. She asked for friendship.

We continue to hang out and make plans. She’s passive in planning time to hang out together (she mentions something that’s going on and waits for me to initiate the plans about it). Each time we hang out, it seems we build more rapport, more similarities in lifestyles, goals, plans and have so much in common despite the short time.

I’ve made it clear that I want the commitment. It feels like I’m getting played as a bridge between relationships. I plan to back off and see if she initiates anything and see if she is jealous of the potential of me going out with other girls. I want to see how she responds to me insinuating that I don’t like being friend-zoned or being ‘the bridge’. It’s not my place nor am I that patient. I hardly ever find one that could fit the mold so I find myself unusually attracted and do want that commitment option but also don’t like the situation I have now.

Kevin, your heart is in the right place but you’re letting your predetermined outcome and your ego get in the way of coming from the most authentic place.

You’ve fallen into the trap that so many do: Having met someone who you feel ticks the boxes of a list that you on some level were convinced that it would be hard to fill, your excitement and assumptions have convinced you that she’s a woman of serious potential. You mention in the longer letter how hard it is to “find someone truly faithful to God yet understand that it isn’t about religious activity but heart behind much of it”, and I feel for you because your lack of faith about how many women share your perspective, is creating a scarcity mindset.

What you’re unaware of is that you’ve made a snap judgement. You’ve taken details you like about this young woman and blown it into her being a potentially ideal mate because you because you like you and have your faith views and so inferring that synchronicity and similarity with her has you pencilling her in as partner or even wifey material.

You on some level felt safe to explore the possibilities now that work boundaries were on their way out. In the space of 24 hours, you went from good acquaintances, to discovering common ground, to requesting a relationship. Whether that is down to your faith or the way you operate, that is too much, too fast.

All you could do was ask for a date not a commitment.

Sure, agreeing to a date is a micro-commitment but feeling aggrieved that a woman who has just cut off her ex didn’t give you “the commitment” is unfair and it’s not in the spirit of the values you espouse.

You’re bruised that she isn’t matching you and understandably object to being ‘friend zoned’ but then you’re passive in your involvement and not owning your right to step away from this if friendship isn’t something you want or that you can handle.

You could argue that you’ve only just gone from acquaintances to fast friends and that your romantic interest is very recent so in theory, as disappointed as you may feel, you can potentially rein in your interest and take the time to get to know her, not the image of her. Of course if you can’t and you are on some level feeling resentful because you’re being ‘friendly’ while having the agenda of hoping that the consequence of hanging out will be that she gives you “the commitment”, roll back, waaaay back. That’s a hidden agreement and your ill feeling is not so much about what she’s doing but how you’re not being boundaried with you and honouring your own feelings, even if that means that for the time being, you step back.

I feel that I should point out that she hasn’t led you on by getting on so well with you. You reference her having flirted with you but as you’re the one chomping at the bit for a commitment, it’s important to acknowledge that you did your part in creating this connection that’s “like breathing”.  Aren’t you flirting with her too? Aren’t you the one pursuing her?

I know it might feel as if you have “so much in common” and that you’ve gleaned a great deal of information about her but you are mistaking intensity for intimacy.

You also haven’t acknowledged that you are only talking about your feelings and your perspective, not hers.

This perception of your connection shows blurred boundaries and your wake-up call about that was when she stated her position. That was your cue to recognise where you end and she begins.

She is passive with you, maybe because that’s her general mode, something you might want to take note of as you wax lyrical about how much you have in common, but I also suspect that her passiveness about arrangements is so that you don’t get the wrong impression. She enjoys your company and yes, possibly enjoys the attention but she is not over her ex. She possibly thought that you were both enjoying friendly Christian time together. It’s also very possible that she’s a pleaser who worries about being “rude” and doesn’t want to hurt your feelings.

You talk about not wanting to be ‘the bridge’ between her previous relationship and her next one but I’ve got to be honest with you, Kevin—you have choices here! If you don’t want to be the bridge, don’t be. You’re not a hostage! Maybe she’s just mentioning interesting things as part of conversation or maybe she is being passive about arrangements but Kevin, you don’t have to suggest plans and you need to adjust your expectations about arrangements to one of a friendly capacity. You’re not her boyfriend or boyfriend-in-waiting. I’m not convinced that you’re her friend either.

Resentment will grow if you continue to suggest arrangements and hang out while on some level expecting to be rewarded for your efforts.

You’re both Christians and have things in common and yes, that might feel like a rarity, but she’s not obliged to become your girlfriend. Also, she might be the first employee you’ve ever asked out and that might feel ‘special’ but be careful of inferring a specialness in her or an obligation for her to justify you ‘putting yourself out’.

I’m going to hazard a guess that you have more dating experience than her so if you know that this situation is confusing, do the right thing for the both of you and step back. Take responsibility for your side of the street.

And don’t do sh-tty things like trying to mess with her head by backing off or trying to make her jealous. Not only is it manipulative but it’s disingenuous. It’s like, “Let me get control of this situation or punish you for not being interested in me”—if you ‘get’ her this way it will not feel the same as if you had gotten involved with her in a more authentic, mutual way. You might have been the boss at work but you’re not her boss outside of it. Bearing in mind that she’s just cut off her ex, compassion would dictate that you give her space and respect her feelings. Why try to hurt the woman who you’re supposed to be so interested in?

It seems that you’re afraid that there isn’t a woman that fits “the mold” and there may be a level of internal pressure about getting settled by a certain point. Maybe you feel as if you have everything but the woman to complete your life but, there is no such as the woman who fits the image in your head (“the mold”). Yes, know your values but don’t turn up with a cookie cutter. You might be blind to the things that are not on your list as well as blind about some of what’s on it. Take this experience as life’s way of letting you know that the woman who could “fit the mold” has factors and a past that you haven’t considered. Let go of the fixed mindset. You’ll find that meeting like-minded women is less of a rarity. Stop trying to be in control of ‘everything’ so that you can be open to meeting the woman you can love and build a life with.

Do you have any advice for Kevin? What do you think of this situation? Do you think he’s got mixed messages?

Getting Blinded By Your Principles
You Don't Have To Hate Someone Or Be Out of Love To Break Up
Wake Up & Communicate: The Marriage Issue