If They Don’t Want A Relationship and You Do, You’re Incompatible (Don’t let ’em hold you back!) 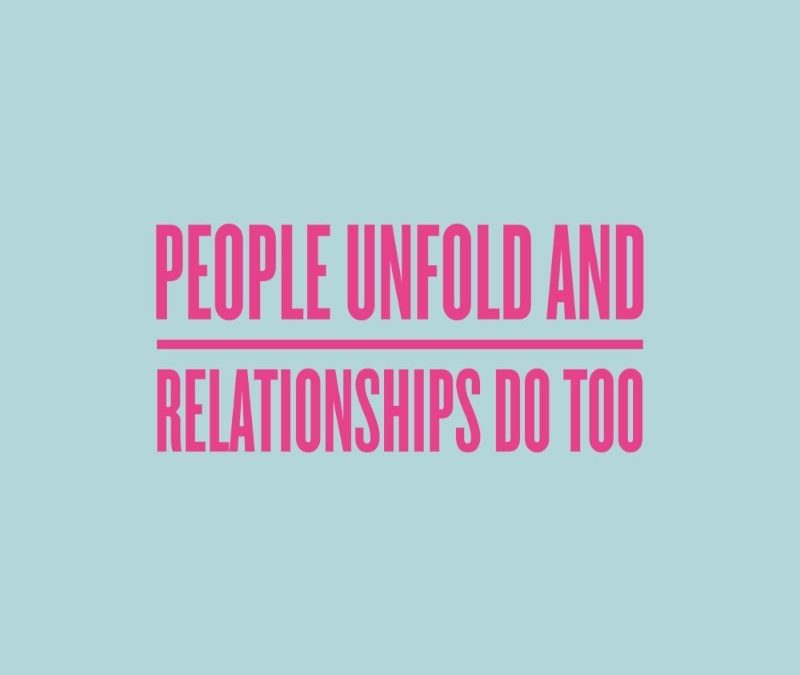 When you’re interested in someone or you’re already in what feels like the cozy glow of a burgeoning relationship, the words, “I don’t want a relationship” along with its variants such as “I’m not ready for a relationship”, “I’m not over my ex”, “I can’t give you what you want”, and “I don’t know what I want right now”, are the last thing you want to hear, so much so that you might choose not to hear them, or put it down to a wobble, or wonder where you screwed up. You have to hear these words, it’s not just a “wobble”, and it’s not something you’ve said or done or failed to be or do.

Dating is a discovery phase where we get to know each other and ascertain trustworthiness including shared values. The relationship that we progress into is further exploration of that.

People unfold, and relationships do too.

Everything’s all great when it’s hypothetical–and we all have ideas about what we want, need, feel and expect–but how this plays out in reality is something that can only be revealed over time. We also agree to things and commit in stages along the way–relationships are full of micro-agreements and micro-commitments long before any major commitments are made. This is something I talk about in my post on phased-in commitment. It’s also why it’s foolhardy to jump to expecting big commitments with someone we in truth hardly know, when we don’t have enough experience of the smaller stuff yet and are running on feelings.

At the point where someone turns around and says, “I don’t want a relationship” or similar, they’re saying, “I don’t or will not in the future, consent to being in the type of relationship you’re looking for (or that I think you’re looking for). I’m letting you know now so that you (and I) can manage your expectations”. It may not be pleasant, pretty or even convenient for us to hear this, but hear it and respect it we must.

We might be all lubed up as such for a relationship, but they’re having second thoughts. It’s time for us to snap out of whatever we thought we were in and get grounded in what’s going on.

Whatever it is, if we make it all about us, we deny their feelings and thinking. We decide that no meant something else.

Let’s imagine that we are interviewing for a partner for a joint venture:

After a first interview, we hit it off and meet up again so that we can find out more. Things are looking promising and based on what’s being said along the way and the way we feel when we’re in their company, we’re pretty sure that we want to go ahead and start formalising the venture and developing it.

All of these are code red alerts that this person is not on the same page. 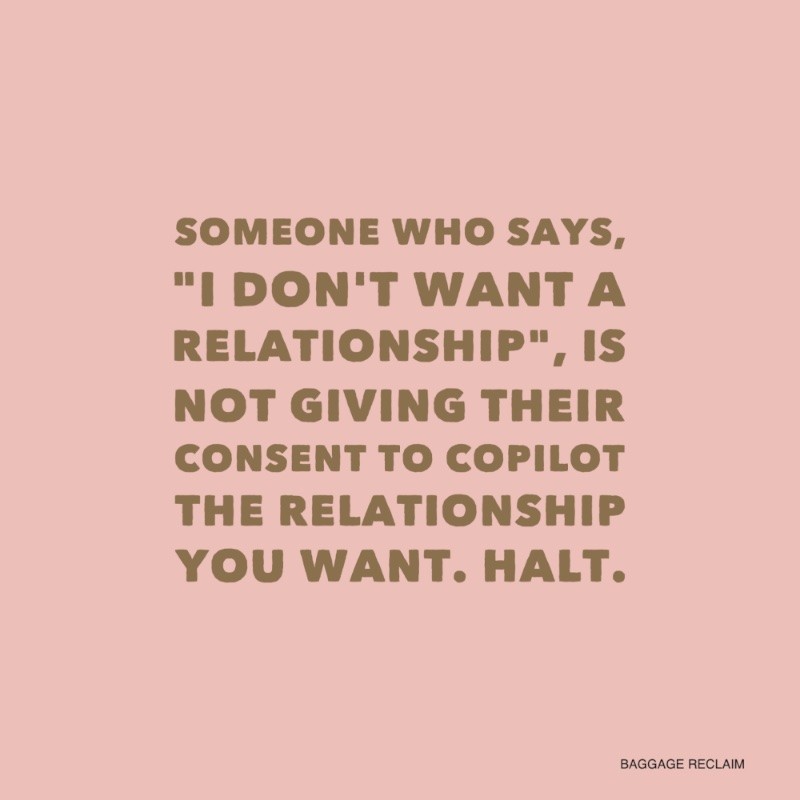 Based on any of the above, would we still want to pursue a joint venture with them? Let’s imagine that we kept trying to convince and convert them and kept making it about us–how good would this venture be? How safe would we feel? How good would we feel about us? No matter how good we felt at the start or the potential we envision, what kind of foundation and in fact venture are we building if one party isn’t really a partner and we are not really listening and truly considering ours and the venture’s needs?

One of the hardest experiences in life is walking away even though it hurts. Disappointment, that gap between our hopes and expectations and what happens in reality, can be so frustrating–it can be tempting to hang in there. But certainly the more painful experience is hanging around in a relationship where our needs, desires and expectations are incompatible and where we are undervalued–by us and by them.

If they don’t want a relationship, it’s a wake-up call–we need to wake up to the realisation that we’re not on the same page.

We need to value us more than the dream. We need to respect their wishes but also respect ourselves too. We need to walk because us staying will not communicate our value. It’s like, Thanks for letting me know and it’s a shame that we want different things but I respect your wishes. I need to be with someone who wants the same thing as me. I wish you well and take care. If they try to angle for something casual, That wouldn’t work for me. I’m not the kind of girl/guy who’s going to hang about in something where you’ve said that it can’t go anywhere. I’m serious about getting serious. If you’re not, that’s OK but I need to be open to meeting someone who is.

That’s how you convey inherent value.

If you’re serious about being in a serious relationship, show you that you’re serious and don’t allow anyone to come along and shift your priorities to something lesser. If they don’t want a relationship and you do, you’re incompatible. They are unavailable for an available relationship. Filter out the time wasters, flip-flappers and people who ‘interview’ well. The longer you stay with them is the further away you are from the type of relationship that you say that you want. Stand up for what you want and believe and you will fine tune yourself closer to what you truly want.

Are You Living By YOUR Values In Your Relationships? They May Be Great On Illusionary Paper, But Whe...
Relationship advice: She won't take a hint. Also, Am I an assclown?
Under pressure! When someone claims that they're being pressured by you & how to deal with being pre...