Intensity Isn’t The Same As Intimacy 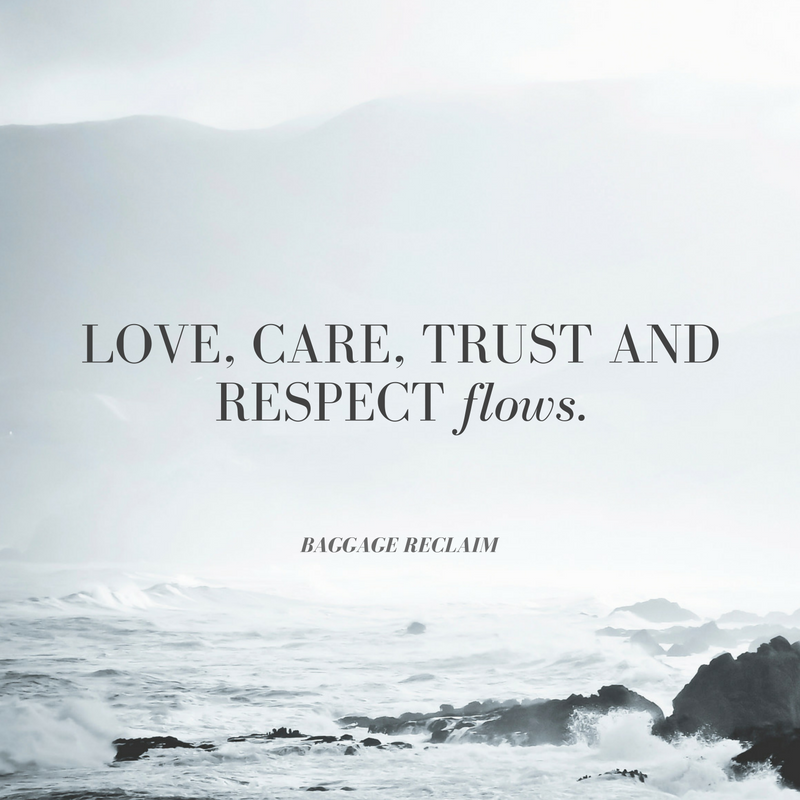 It’s safe to say that one of the biggest challenges with dating is truly knowing where we’re at. We get confused by what we’re feeling, thinking, hearing and experiencing and so even though we may not have known someone for very long, we might be experiencing the interaction at such an intensity that it feels like we’ve known them for much longer or that our relationship is further along than it is. Conversely, we may have known someone for a longer period of time and so have it in our head that we’ve been together X months or Y years so this should mean such-and-such, but in reality when we examine the content of the relationship or the emotional, mental, physical and spiritual depth to the relationship, we could be for all intents and purposes, in the early weeks or months.

We feel intensely but we don’t necessarily have the relationship to match our hopes and desires.

I’ve had a lot of intense involvements and funny enough these all coincided with that chunk of my life where I had little self-trust, self-awareness or self-knowledge. Due diligence, what due diligence? If it (the relationship) or I felt intense, that for me was all I needed to proceed, even if on some level my mind, body and even my soul were screaming, “Natalie, you’re in danger girl!” or “Run, Natalie, RUN!”.

Intensity can describe extreme force or strength, or it can be a catch-all for the acute, all-consuming feelings, thoughts and actions that we might bag and tag as “passion” or “chemistry” or “connection” even though the latter three might look and feel like something else altogether in a different context. Intensity makes everything seem heightened and it can also include putting on rose-tinted glasses and the fur coat of denial.

It’s safe to say that things are intense when we are moving too fast in some way and blurring boundaries.

It might be emotionally, mentally, physically or spiritually, or all of these, but whichever way we slice it, we’re moving too fast. We might see it as the other person doing it and in order to match their intensity and not ‘scare them off’ or offend, we are ‘forced’ to keep up, or it might be that we have certain habits that we’re unaware of how they equate to speeding us up so that we’re unable to discern what we truly feel, think, need, want and expect.

I break relationships into 5 stages:

Stage 1 is dating and what I call discovery phase part 1. This phase is about having fun getting to know each other and discerning whether we get on beyond superficially. We might pick up some initial indicators about core values.

Stage 2 is establishing and discovery phase part 2. This is where we have moved beyond dating into a mutually agreed upon relationship. Core values gradually become more obvious and the relationship moves out of the honeymoon phase into establishing a more natural but also deepening in terms of intimacy rhythm. This is a key stage because it’s where we get a real sense of giving and receiving no as well as how communication, conflict etc are handled. Power struggles can occur at this stage if one or both parties are trying to do things ‘their way’ and unwittingly or directly sabotaging intimacy.

Stage 3 is where the relationship is evolving emotionally, mentally and physically (the actions and content of the relationship), not just in terms of time. This phase is about evolving into something more long-term, increasing in commitments and living up to them, and still being on the same team as life’s inevitables like stress, conflict, criticism, loss etc are navigated.

Stage 4 is the long-haul, so this is making and seeing through commitments that indicate that we’re in it for the long-haul and being happy to have that permanency, which in turn deepens the intimacy and commitment to grow together. It’s possible that stage 3 and 4 might happen at the same time because stage 2 is so solid.

I share this with you because intensity isn’t the same as intimacy. The type of intensity that causes problems for you comes about because you’re mixing up the stages.

We can feel intensity with someone who is a complete or almost stranger if they push the right buttons and activate us. What we can’t experience with a complete or almost stranger, or in fact anyone who isn’t committed to being their true selves, to allowing us to get to know them further, and allowing themselves to feel, is intimacy, which takes time, experience and consistent vulnerability.

These are all micro-commitments.

If someone is withholding on the stuff that effectively gives of themselves because they’re afraid of being seen, of being hurt or that they won’t get enough payback, they’re cut off from intimacy because they will subconsciously or even very consciously be protecting themselves. They’ ll fear the consequences of intimacy. Being intense might seem like the ‘easier’, less risky option.

We might experience intimate moments but if there are other factors disrupting this connection, these moments will be more akin to simulating intimacy.

If someone is trying to Fast-Forward us, which is where they push for emotional, mental and physical intimacy in the early hours, days and weeks of dating, they are simulating intimacy and crossing theirs and our boundaries, plus we will be crossing ours if we don’t hold onto ourselves in the interaction and know our line and our limit.

Love, care, trust and respect flows. These don’t need to be forced or sped up because they’re organic, intentional and consistent actions.  They don’t need a bulldozer. They’re not the intensity that reflects blurred boundaries and the masking of anxiety, fear, triggers and patterns.

Knowing what stage you are at helps you to manage your boundaries. If you’re at Stage 0, mindset and attitude needn’t be in Stage 4. If it feels as if you’ve known each other forever and you’re thinking Stage 3/4 but actually, there is no defined relationship or you’ve only known them a week, roll back. Equally, if technically you’re in Stage 3-4 due to certain commitments plus you feel intensely about that person but they behave in ways that are more consistent with Stage 1 or 2, you can see where the intimacy gap is arising from.

Sometimes we rely on intensity, not just because we have no idea how to trust (see my posts on learning to trust) but also because intensity is seen as an escape, a big leap from numbness or from somewhere we don’t want to be. For a time we can squash down the worst of what we feel about ourselves but then we feel horrendous on the come-down and/or stuck and flailing in a relationship where we’re wondering how we could feel so intensely about someone and yet be so ‘hungry’ in the relationship.

If intensity has been a recurring theme, evaluate where you have substituted doing due diligence with relying on intensity and where you learned your associations from. Also get grounded in future involvements by asking the question: Why do things feel so intense? The overwhelming majority of people that I’ve spoken to and taught about this, either never considered the reasons or knew on some level but hoped it would work out so that they would be spared from taking action and seeing the truth.

Most of all, prioritise building trust within you because people who trust themselves can trust others from a healthy place without relying on intensity as a marker. If anything, learning to trust you will mean that you see intensity as cue to be more boundaried but it will also mean that you accept no imitations in your quest to enjoy deeper, mutually fulfilling relationships with love, care, trust and respect.

I’ll be talking about intimacy in episode 53 of The Baggage Reclaim Sessions podcast (out 14th October). If you would like to get deeper insight on the stages and break your relationship pattern, my online course, The Breakthrough, starts on October 12th.

Podcast Ep. 145: Stage 0-1 of Relationships & The Recruiter Mindset
When Your Ex Returns AGAIN, It's An Opportunity To Do Right By You
In our intimate relationships, "stable" doesn't *have* to equal "dull"
Share this...