Standing By Your (Broken) Man – Part One 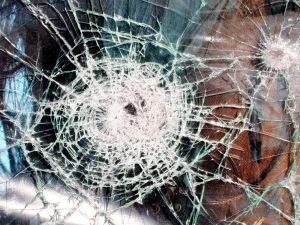 But there are also a hell of a lot of women standing by men that barely deserve the time of day never mind their undying gratitude, loyalty, and love.

These men are loved, albeit in a dysfuctional dynamic.

These men are trusted even though they abuse the trust.

These men are cared about even though they don’t act with due care.

These men are respected even though they not only are undeserving of it but are lacking in respect of the women they are involved with.

Men have to be taught to want a relationship and how to behave in one.

You won’t find anyone as good as him.

Men are like children that need a good woman to show them the light.

A woman’s place is at the side of her man.

A woman’s place is behind her man keeping her opinions to herself.

Brush things under the carpet. Turn a blind eye.

Better to have a man than no man.

If he’s not being the man you want him to be, it’s because you’re not doing enough for him.

This is what men do.

Without a man you’re nothing.

He’ll come round one day – Give it time.

He’s a good man, he’s just having a difficult time leaving the wife and kids but he will one day.

Men cheat on women who don’t give them what they need.

Men don’t want to be challenged.

You need a man for security.

If you stick with him, eventually, he’ll give you the relationship you want.

All men are afraid of commitment.

All of the rubbish that has been drilled into women about standing by their men, are pathetic reasons to excuse poor behaviour.

The world seems to work on the premise that when it comes to relationships, it’s to be assumed that the man has the emotional intellect of a child and a lack of control over his actions that need to be overlooked by a forgiving woman who is immovable from his side.

Many of us have been taught that if we stick to our men like Super Glue, at some point, they will suddenly feel remorse about their poor relationship contribution and possible poor behaviour towards us, and reward us with the keys to the castle and a ride on the back of their white horse into the sunset.

There is this assumption that it’s the woman that needs to take the emotional risk and fully invest herself in the hope that if she takes the long term (more like long suffering) view, her investment will yield an eventual return on investment.

As I said last week in my three part post about The Dripfeed Manoeuvre, I know of women who have stayed in poor relationships for anything from a few months to forty years and beyond. I know of long suffering women who have been there through repeatedly being cheated on, mystery kids turning up, mystery women beating down their door, getting hit, getting emotionally abused, being left, being threatened to be left, being returned to, being humiliated, being the Other Woman after being the main woman, and being the Other Woman to the Other Woman after originally being the main woman.

I know of women who have waited for men that they don’t actually have a relationship with. They act like they are the steady girlfriend when they are little more than a booty call. Some of these arrangements have lasted for years.

There are millions of women waiting for their guy to ‘come good’. Many of us assume it’s a woman’s work to take a man and build him from the ground up. We like pet projects, fixing, healing, and helping, and expecting more than they’re capable of delivering. We like standing by with a shovel or a bulldozer, and some plaster to cover up the cracks. One day, they skip off down the road with your repair works to someone else. Or you look at them a realise that despite your efforts, you’re still miserable and they’re not really what you want but you’re too afraid to leave, to make a change, to bet on yourself and deal with your own issues. So you settle.

They may ‘come good’ but there’s a distinct possibility that they won’t and there’s a lot to be said for making a sound investment with solid foundations so that you don’t have to run yourself into the ground to get a payoff because this type of labour yields a broken woman….

Does emotionally unavailable equal 'He's just not that into you'? Why do we care?
Why People Don't See Their Qualities & Contributions to Relationships Accurately Part One
Getting in the head of Mr Unavailables and Assclowns: If I was that bad, she wouldn't be with me
Share this...