Begin With The End In Mind 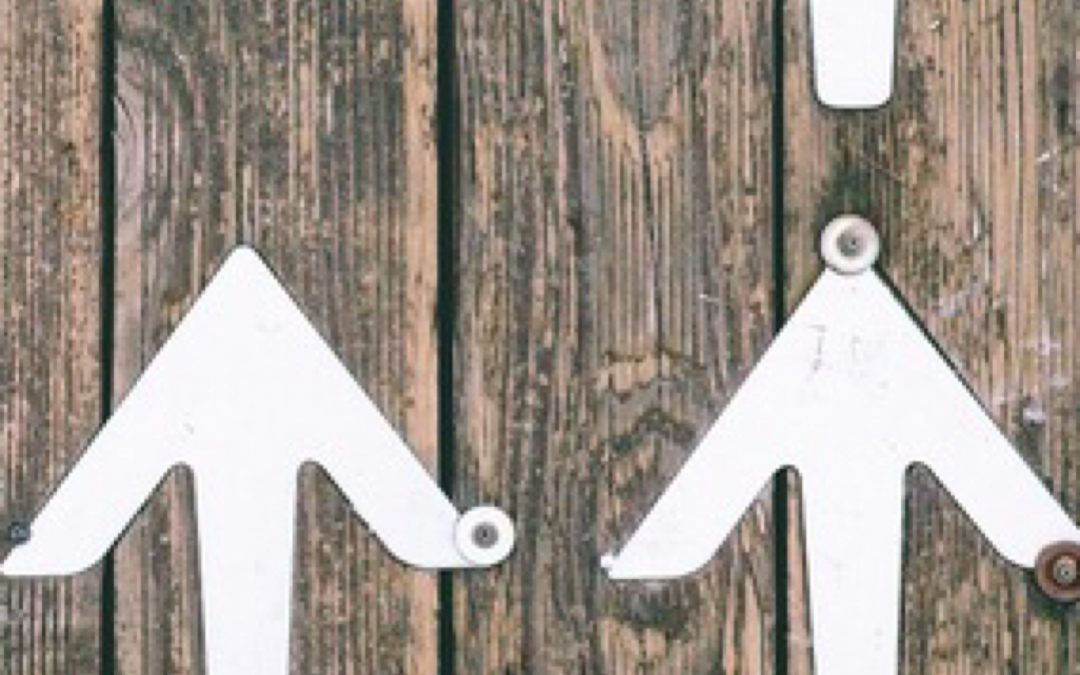 When we’re doing or tolerating something that isn’t a reflection of who we really are, we often mistakenly believe that it must be because it’s what we want. This is why, for example, so many people remain in unfulfilling relationships with commitment resistant, emotionally unavailable partners – they resign themselves to the situation because it’s seen as proof positive that they either don’t want it or that they’re not going to get it. What they didn’t do was begin with the end in mind.

Putting up with or doing something that’s at odds with our needs, expectations, desires, feelings and opinions, reflects a lack of clarity and commitment on our side that we’re very possibly unaware of.

It’s not unusual to focus on being a good person, to work hard, to try to be as loving, understanding, accommodating as possible. We assume that being and doing these things will influence and control receiving the desired outcome. This leads to us inadvertently blocking our own success.

We might think that we’ve begun with the end in mind but we don’t if we’re misappropriating our energies. We’re not going to feel the way that we truly want to feel. The way we’re living will block our own growth and intimacy.

If the woodcutter chops logs every day and wants to up their production levels, do they work more hours or do they get a better chopping implement?

We don’t have to try harder, suffer even more or even give up altogether if the way in which we’ve been going about getting what we want hasn’t yielding the desired results. It’s nothing to do with us being not ‘good enough’ and everything to do with us being mistaken in what we think it takes to create, forge and sustain mutually fulfilling loving relationships.

If we mistakenly believe that love conquers all and that we can in essence, hitch our wagon to anyone and that with enough effort, the rest will take care of itself, and we then keep repeating this mentality in our efforts, we’re essentially walking into the same relationship pothole again and again, and again.

We have to figure out what we want (where we want to go) and how we want to feel. We can then point us in the right direction and also steer ourselves away from anything or anyone that isn’t in alignment with that.

If you’re serious about being in a serious relationship, accept no substitutes.

The second habit in The Seven Habits of Highly Effective People is: begin with the end in mind.

No, that doesn’t mean that you should start a relationship with the breakup forecasted. What it does mean is that you need to get clear on what you want. You need to decide where you’re aiming.

If you want to be in a serious relationship that’s mutually fulfilling, you need to commit to your cause. If you don’t, what you do when you date and proceed to relationships won’t have a purpose.

So many people tell me that they want a committed relationship with love, care, trust and respect. They want to be themselves. So, what are many of these people doing?

These are just a few examples.

Why aren’t we committing to what we want?

Because it’s a commitment.

Dating and relationships are an experiment. They put all of our ideas, beliefs and assumptions about who we are, what we need and how we think relationships work to the test. Staying in our uncomfortable comfort zone hurts but we figure it can’t get much worse (until it does).

We don’t have to challenge the misunderstandings, judgements and yes, very painful and negative beliefs that we’re carrying around.

We’re also prone to distraction and often have a ‘some crumbs is better than no crumbs mentality’ so even though we’re in an incompatible relationship where our emotional needs aren’t being met, we’ll stay. We gratify the temporary and so we’ll lap up the attention, affection, acknowledgement, sex or whatever it is. It’s kidding ourselves that we’re getting the best of both worlds while sacrificing our emotional needs and true desires. In avoiding disappointment, we end up experiencing even more of it.

Very often though, we feel as if we have made a commitment to what we want. What we’re unaware of though is the unconscious intentions and fears that scupper our efforts.

If we want commitment in a loving relationship but secretly fear that we’re unworthy, that we’re going to be trapped [like a parent], that we’ll lose ourselves, our career or something else that spells too many sacrifices, or that we’re going to wind up with or like one or both of our parents, we’ll cater to the fear not what we want.

Acknowledge your desires. Begin with the end in mind.

Beginning with the end in mind isn’t a guarantee of what you want (especially if you’re controlling a ‘plan’). It’s guaranteed though that you won’t get what you want if you don’t define it. Without living a life that’s conducive to that end or consciously directing you there, you can’t even get close.

If you’re treating and regarding you with love, care, trust and respect, what you say yes and no to is very different to that of someone who doesn’t know, like and trust themselves.

How will you know if you’re fulfilled if you don’t know where you want to end up? If you’ve never put your line in the sand or have never really put some definition behind who you are and where you want to go (your core values):

Many of us struggle with feeling time-poor, overwhelmed and yes, super busy. Without clarity about our priorities and healthy boundaries, things that don’t matter a great deal overshadow them.

Acknowledging what you want also helps you to recognise what you’re afraid of.

This is good – now you know what to address. Now you know what to be mindful of. Acknowledging where you’ve paid attention to these fears wakes you up to the realisation that catering to them isn’t leading you to anywhere but pain.

It is often quite scary to commit to what you want but in truth, not anywhere near as scary as not even trying. You have to take a leap of faith. Commitment means that you have to decide without knowing exactly how you’ll get there or when things are going to happen. You commit without knowing exactly how things will turn out. It’s taking a step, any step, however imperfect it might be and keep trying to move in that direction.