Your Plan Isn’t The Plan 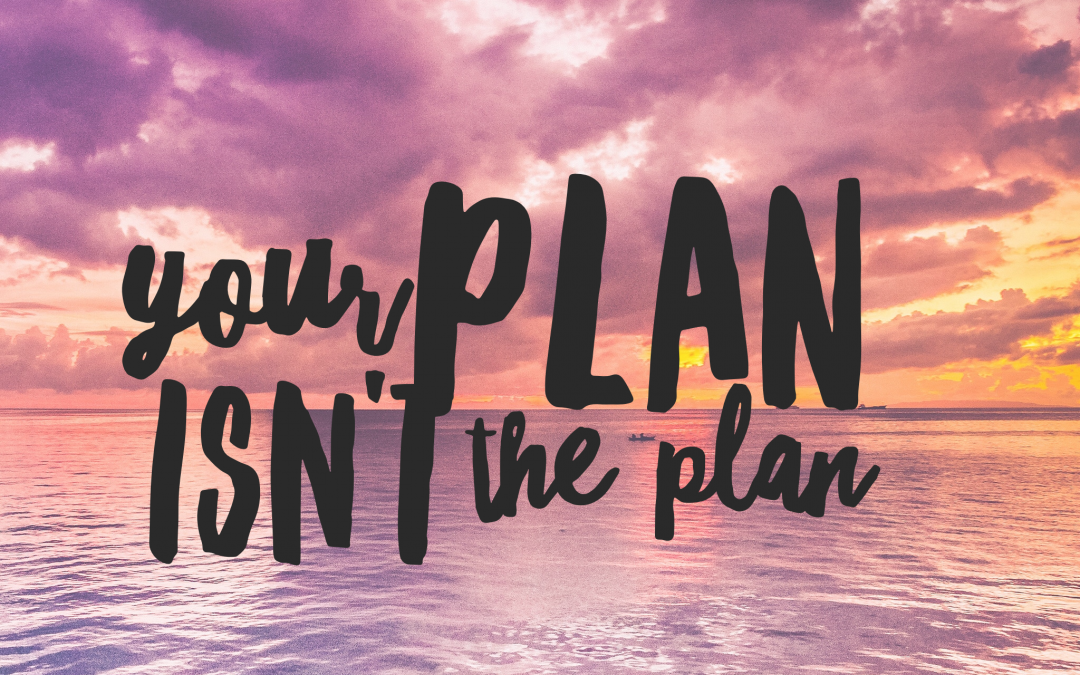 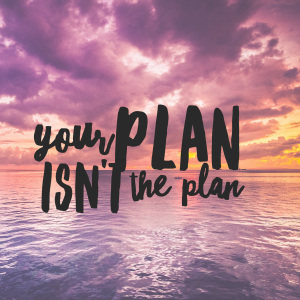 Many of us grapple with the fear that if something doesn’t happen in the time frame that we want it to, that something bad will happen or that we won’t get it at all. We fear missing out. We fear that we misread the timetable for the last chance saloon.

Not knowing how things are going to work out drives us crazy even though none us know the finer details of how our future is going to unfold. We want it yesterday and so we expend a lot of energy trying to control things and stressing about when and if things are going to happen. We find it hard to have faith in ourselves or in life in general.

The more fear that we put behind something is ironically the further out of reach that it becomes.

Starting Baggage Reclaim (BR), meeting Em, having kids, deciding to become self-employed, getting engaged–these are all examples of the unscheduled things in my life and they have all brought me a great deal of happiness.

For example, three days before I met Em, I finished it with the presumptuous doctor, and declared to myself that I’d rather be on my own than be with somebody who wasn’t right for me. I wasn’t my most ‘together’ when I met Em, my past was far from being resolved and when it came to boundaries, I was probably still like one of the many baby animals I’ve recently watched struggling to walk in the amazing Planet Earth II. I didn’t think I’d be able to have kids, I seized on a bad moment at work to become self-employed and pursue BR full time, and I didn’t have a set idea about when we ‘should’ get married.

All of these aspects of my life were unscheduled, causing me to have to have faith and trust, because I couldn’t be controlling. I’ll tell you what’s made me stressed, anxious and miserable: when I’ve tried to force things.

It’s where I’ve got it into my head that something should have happened already because on some level, I’ve scanned through all of my deeds, all of my past hurts, experiences, ideas, beliefs, motivations etc., and determined that based on all of these, whatever I want should happen. Yep, there’s that troublesome word that invariably spells trouble.

My inner pleaser’s effectively said, ‘I’ve been a good girl! It’s not fair that things aren’t going my way!’, even though how good I am and how life is going are unrelated.

‘Should’ is rigid. It’s ‘rules’ that aren’t actual rules, and yeah, it’s ego. We forget who we are and we forget where we’ve been, our values, needs, desires etc., and we say things about us that either feed a sense of inadequacy or falsely bolster us by making out that we’re being wronged and thwarted by others that we feel that we should be the same as or better than. This veering between inferiority and superiority effectively cuts us off from our true selves and causes us to self-sabotage.

In a world where so many of us are that much more visible to others, it’s easy to look at people’s lives from the outside and determine that they have done XYZ hence we should have it too because we think that we’ve done ‘enough’ or that we’ve done ‘everything right’. It’s all too easy to compare.

Our answer might reveal that it’s ‘everyone’ or our family or friends, or we might land on the answer that it’s no one but ourselves who is telling us this. Sometimes it’s a mix of the two but we’re the ones driving the internal narrative that’s applying the pressure.

Sometimes we’re so close to something that we lose objectivity.

We can’t see what’s going on around us. We cling, we poke, we analyse, we struggle, and it decimates our inner peace, causing disruption even to the things that we would typically enjoy. It discolours our world.

I once asked myself, ‘What’s so wrong with me that I would be singled out to never experience real love?’ The old me brought up how I’m ‘not good enough’, my absent father, the struggles I had with my mother, being assaulted, my relationship track record, my illness, maybe my race.

When I began to face my fears and experiences around these, my feelings of inadequacy shrank and I stopped judging me by virtue of my background, experiences and appearance. There are people who have been through what I have and more, who are loving and being loved.

Being more truthful and compassionate also meant that I stopped acting as if I could only use my own strength and efforts to ‘make’ everything happen around me.

As I stopped persecuting me and feeling as if I had to do all manner of painful activities to ‘get’ love, prove my worth and to get what I want in life, I was able to breathe out and trust in me first and foremost and then in life.

Feeling stressed, anxious and miserable has become a warning sign that I have stopped trusting, that I’m standing over something too much, and that I’m trying to force it.

Your schedule is not life’s schedule.

There isn’t a timetable and sometimes, we don’t get something as we pictured it but it doesn’t mean that it won’t happen at all or that it won’t show up in some way. Of course, if we’re beating ourselves up and living in the past, we do indeed ‘miss out’. I’ve spoken with so many people who held on to toxic and unfulfilling relationships in the hope of making things go their way, only to finally let go and discover that they could enjoy love, care, trust and respect with someone else who wasn’t in ‘the plan’.

Stepping back and choosing to stop resisting the truth about you, life and others, gives you back you. You have to choose and keep re-choosing because fear shows up, a lot.

It’s about accepting that you’re not the boss of everyone, that you’re not in control of other people’s feelings and behaviour, and that life doesn’t work on a brownie points system.

The desire to control is about what you think won’t happen if you’re not in control, but that’s fear talking. You don’t always know best, or at least certainly not in anything that’s fear-based. If you attempt to micromanage your life and rest your happiness on one specific outcome with one specific person, it will feel as if you’re getting screwed by life.

Surrendering doesn’t mean giving up; it means not being twisted up in fear trying to control the uncontrollable. It means being vulnerable enough to keep being you and seeing what life has to offer. It means confronting those fears and being kind to you anyway. It means recognising that there are alternatives to the way you see things. It means having an open palm instead of clenched fist attitude to life.

Your plan isn’t necessarily the plan and sometimes, your plan represents your limitations not your highest potential for your truest, most loving self.

My latest book Love, Care, Trust & Respect is out now.

If You Neglect Your Own Needs You'll End Up Hungry In Your Relationships
Are negative associations undermining your post-breakup and No Contact efforts?
Life tips for living single, dating, and relationships.