Breaking Up and Moving On By Cutting Contact. Part 2 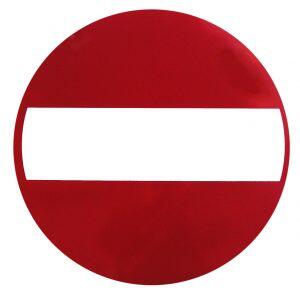 The No Contact Rule means that you have to go cold turkey, but that you put yourself in the driving seat, create your own closure, and you start to feel in control [of yourself] where you had felt uncontrollable. It’s an exit strategy and when push comes to shove and your desire to be out of a poor relationship is greater than any desire to stay out of fear or to play games, you will opt for No Contact (NC).

In Part 1, I explained what the No Contact Rule (NC) is, why we avoid it, and some tips to get you started, and here in part 2, I offer guidance on when NC is needed.

How do you know if you need to start No Contact?

No contact is a pretty harsh way to cut things off but it’s increasingly needed because of the type of dating habits that both men and women are adopting.

If you are experiencing any of the following, you need the NC for your sanity, never mind anything else:

You have no endings.

You have a number of exes that call you up to get nostalgic, get the lowdown on whether you’ve moved on, and also to get busy with you. As a result, you’re not technically finished with a number of the men in your past.

When someone keeps popping back up in your life, despite having nothing more to offer than when you dumped him/her (or they exited) and despite your insistence to stay away, he does anything but that.

You’re one of those women that hopes too much. You haven’t cut the contact because you think they’re going to turn from a cockroach, into a frog, and then eventually into a prince. You think you’re chasing and holding out for a man that’s playing hard to get, when in actual fact, he’s not trying to be caught…

When they pull The Friend Card.

Many men lack the balls to live with the feeling of knowing that they’ve behaved badly, so they throw you The Friend Card so that they feel like less of a sh*t than they really are. It is a gateway into your life and if you haven’t gotten over him and broken the emotional tie, it sets you back and prevents you from getting over him and moving on.

You have exchanged the ‘girlfriend’ role for the booty call one.

Never take a demotion in the hope that it will enable you to get a promotion!

He blows hot and cold.

Blowing hot and cold is Mr Unavailables (emotionally unavailable guys) way of controlling the relationship, keeping you at a distance, and keeping you in check, but when he blows hot, it’s not because he wants you, it’s just because he’s balancing things out so that he can keep you on ice for a bit longer.

You have a low self-esteem, bad dating and relationship habits, and are struggling to let go of old feelings.

Break off a relationship for the first time.

Do the decent thing! Unless they’re downright crazy or abusive, for the first breakup, a bit of an explanation wouldn’t go astray!

NC is not for marriages. Not only do you need to stay in touch for your divorce, but it’s a pretty nasty way to end a relationship with someone you were prepared to legally bind yourself to! The exception to this is if they’re abusive as obviously, giving them a heads-up that you’re leaving may trigger more abuse.

Ladies, ladies, LADIES! Stop playing games because it will backfire, you will bite off more than you can chew, and you will falsely impact on the relationship. Pulling the NCR to test if he’s interested is childish, plus, if he is emotionally unavailable, he will blow hot and then blow cold when he’s comfy putting you right back to square one.

It is as permanent as you want it to be, but the golden rule is that you can only restart or accept contact when you are completely over the person in question and have moved on. I suggest making it permanent for people that add little value to your life. There is no point in keeping contact for ego’s sake, as it will be mostly their ego that gets massaged.

At the bare minimum, the no contact rule needs to be enforced for 2-3 months. For men that tend to disappear and then reappear when it suits, take the longest period of time that they’ve ever disappeared for and add a month.

Think of it like giving up smoking– it’ll hurt in the short-term and you’ll be tempted to light up a few times in the first few weeks, but after a while, you feel better than you expected and time is disappearing.

Now why would you want to be friends with someone who can’t follow basic instructions but still expected to slip back into your life when it suited, and who hoped that you’d break him off a piece?

In Part 3, I will put the definitive list of the best ways to cut the contact, including some suggested by readers. If you have any suggestions or real life tales of cutting contact, don’t forget to include them in the comments box.