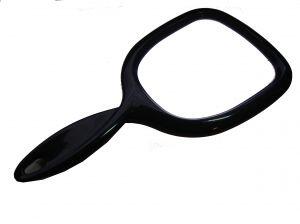 What’s the difference between an emotionally unavailable man and a narcissist? A thin line and someone defining it, but there is a line there nonetheless.

Since I published my book Mr Unavailable and the Fallback Girl, which focuses on the behaviour of emotionally unavailable men, I’ve had several emails requesting that I discuss the subject of narcissism further because many women do believe that they are going out with a narcissist.

So what is a narcissist?

For me, someone being a narcissist has always represented someone with excessive self-love, who pretty much fancies themselves.

According to the Narcissistic Personality Disorder (NPD) group it’s “An all-pervasive pattern of grandiosity (in fantasy or behaviour), need for admiration or adulation and lack of empathy, usually beginning by early adulthood and present in various contexts.”

How do you know if he (or she) is a narcissist?

There are nine criteria of which five need to be met:
1. Feels grandiose and self-importance.
2. Is obsessed with fantasies of unlimited success.
3. Firmly convinced that he or she is unique and, being special, can only be understood by, should only be treated by, or associate with, other special or unique, or high-status people (or institutions).
4. Requires excessive admiration, adulation, attention and affirmation.
5. Feels entitled. Expects unreasonable or special and favourable priority treatment.
6. Demands automatic and full compliance with his or her expectations. Is “interpersonally exploitative”, i.e., uses others to achieve his or her own ends
7. Devoid of empathy. Is unable or unwilling to identify with or acknowledge the feelings and needs of others
8. Constantly envious of others or believes that they feel the same about him or her
9. Arrogant, haughty behaviours or attitudes coupled with rage when frustrated, contradicted, or confronted.
Source: NPD

In general, the points that I’ve highlighted in bold reflect the most common complaints from women about their ‘relationships’ with Mr Unavailable. I’m not a psychologist; my gifts lie in translating what can be very baffling and painful dating and relationship behaviour.

Mr Unavailables have ‘narcissistic tendencies’ which essentially makes them a hop, skip, and a jump away from being a narcissist, but they often fall short on the criteria notch.

In Mr Unavailable and the Fallback Girl, I describe in depth ten core behaviours of Mr Unavailable that allow him to do exactly as he pleases and keep himself emotionally distant. Every single one of these actions are the behaviour of a selfish, egotistical and often deluded man, and they all tie into the three criteria above. For example:

They maintain The Status Quo – Mr Unavailables have already defined what you’re going to get from the ‘relationship’. Everything is about managing it back into a safe, comfortable area where he gets exactly what he wants.

They blow hot and cold – This is how they manage The Status Quo so that you fall into line. All of the blowing hot and cold manages down your expectations and after a while, you feel OK with what he is offering.

Mr Unavailable is a walking contradiction – He sees himself as Mr Wonderful, a great catch even, when in actual fact, he’s Mr Nightmare. You don’t know what you’re getting with this guy. Here today, gone tomorrow, back in a few months. He might make references to the future today (Future Faking) but if you bring up the future next week, he’ll tell you off for being needy.

Whatever role he feels like playing, you are expected to jump to his beat and play along.

Mr Unavailable looks in the mirror and thinks, ‘Hmmm, I’ve still got it. I work hard, I pay my bills, I don’t beat up women, I’m not a prick, I go to the gym five times a week and I think I look pretty good. There are a lot of men out there far worse than me. I am doing the best I can, I’ve just got a lot going on. It’s not my fault. If X would just lighten up a bit, stop busting my balls, and appreciate what she’s got, I might just think about getting serious with her…”

In amongst his various behaviours, Mr Unavailable tend to have a stock of women on tap, or what some readers refer to as a Narcissistic Harem.

These are the various female family, friends, ex shags, ex-girlfriends, acquaintances, women online, other women he’s dating etc., that he turns to get his ego massaged. Not only does he get to convince himself that he must be a ‘great guy’ because of all of these women giving him attention, but by spreading himself thin he keeps his distance from everyone but always has a woman to ‘fall back’ on.

But what if you are with a narcissist?

Well the first thing I have to bluntly ask is, what’s in it for you?

Women who date emotionally unavailable men do so because it works for them.

They get to avoid certain things and these men reflect negative beliefs that they hold about themselves, love, and relationships. Now it is bad enough for these women with three of these criteria to deal with, but if your man makes the grade of five criteria, you need to come up with a plan of action.

If you are waiting for him to change, whether he is ‘just’ a Mr Unavailable or a bonafide narcissist, you are in for a hell of along wait. That wait will extend itself further if you are with a narcissist.

You can’t win with a man like this and no matter what you say or do, he will defend himself against your ‘accusations’ and challenge and browbeat you to take his view of things. I would certainly seek some form of counselling and even as a first port of call, visit the NPD group. Whatever you do, don’t run home and tell him that he’s a narcissist — you have no idea how he will react and it could even be dangerous.

Be very careful of tarring all emotionally unavailable men with the narcissistic brush.

I think that some women find it quite easy to casually pin this clinical term to their men because it gives a ‘medical’ reason, which implies that it’s out of his control, which in implies that it’s out of her control, which leads back to the tried and tested route of making excuses for remaining invested. What I will say though as a word of warning, is that Mr Unavailables tend to numb you to inappropriate behaviour which means that at some point you may unknowingly find yourself with a narcissist.

This is why it is important to become aware of the type of relationships you are engaging in, their behaviour, and most importantly your own behaviour and patterns so that you don’t get drawn into these self-esteem, depleting relationships.

It’s also important to note that you cannot be emotionally available yourself, if you are with an emotionally unavailable person, and you are not a narcissist (or at least I hope not!).

As for Mr Unavailable…

Mr Unavailable isn’t necessarily sitting there saying, ‘I love the arse off myself’, but it is all one big ego trip where he loves thinking that at least one woman that he can habitually ‘fall back’ on, loves him. This is why he often keeps coming back or tries to come back, because his ego can’t take the idea of someone not being there for him to use for an ego massage. He’ll often disappear though when he thinks that he has at least one other woman out there that will give it a rub. Unfortunately, there is always a woman out there to welcome Mr Unavailable with open arms but the more of us that get wise, is the less there are for them to turn to.