The only people who take issue with you having boundaries, are the ones who need your boundaries the most 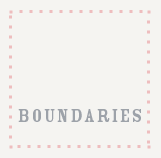 One of the things that really scares a person who’s embarking on instilling some much needed boundaries in their life, is this notion that having and asserting boundaries is going to scare away everyone. The thing is, the only people who take issue with healthy boundaries, are the ones that you need to have boundaries with the most. If somebody takes issue with you owning your right to have a line and a limit, it’s not because you’re not ‘doing’ it right and if you tweak your boundaries enough, they’ll sign off on them; it’s because that’s a code red alert that they see boundaries as a problem and that’s about their issues, not you.

A person whose personal values centre around love, care, trust, respect, integrity and essentially owning their own and letting others own theirs, while also being able to practise compassion, empathy, and conscientiousness, has no issue with you having healthy boundaries and will respect your right to assert your needs, expectations, wishes, feelings and opinions, just as much as they respect their own right. 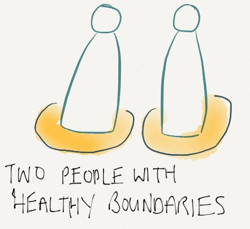 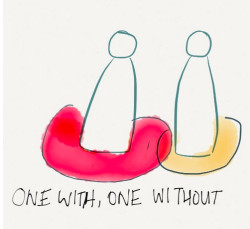 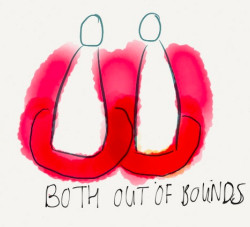 I’m not suggesting that they’re going to pat you on the back and skip off each time you say or show no, but then it’s not as if you’re going to be doing this each time somebody says no to you, hence that’s not going to stop you from having healthy boundaries (hopefully) as your desire to live your life authentically and happily shouldn’t be dictated about the amount of applause you get for doing what you need to be doing anyway.

You having boundaries won’t greatly affect a person with healthy boundaries, if at all, because they weren’t out of bounds in the first place.  They might even be relieved or pleased to see you doing right by you. All that you having boundaries does is ensure that you’re in your own space and that actually, you’re not crossing theirs either.

Once you know and respect your own line and your limit, it means that not only can you relax and go about the business of being you and living your life, but it also takes care of another pervasive fear affects many boundary ‘virgins’ and novices – predicting that boundaries will be exhausting and ‘bad’ for you due to having to patrol your perimeter 24/7 and having to be ready and waiting to be attacked.

Not everyone is a threat. In fact, once you are aware of your line and your limit (your boundaries) and are willing to step up when needed, you are then aware of what does and doesn’t work for you and spending enough time in the now, to be able to differentiate between real and imagined threats, and to also be able to distinguish between what’s yours and other people’s behaviour.

You only have to be acting as if your boundaries are under attack, if you’re unwilling to trust you to take action and live in preparation of being effed over, or if you’re surrounded by shady people and intend to keep it that way instead of apportioning your efforts towards people that you don’t have to keep swatting away from your boundaries. You having boundaries is going to feel bad to you if you have an unrealistic expectation that your boundaries will force people to change their ways and if you keep looking for them to make you feel better about the fact that they crossed your line, when that’s like going into the lion’s cage and expecting it not to bite you and then going back to reason with it and asking it to behave like a dog.

In reality, you only have to ‘step up’ for people who like to tap dance all over your boundaries, so unless every last person in your life is shady, you can chill out and enjoy being you with people who are in your Circle of Trust.

Boundaries are there to guide you and others on what does and doesn’t work for you. Not everything is ok with you hence your boundaries are your way of directing you out of harm’s way and towards healthy people and situations.

Boundaries are like garlic and daylight to vampires. They’re not going to scare everyone away but they will rightly filter out people and situations that would deeply compromise and even endanger you if you were to continue. It’s very possible if you were surrounded by shady people and you’ve gone for the cutting off option, which may have been appropriate due to how toxic the involvement was (there’s also keeping a safe distance via limiting the level of engagement, saying and showing no, focusing your efforts on forging other healthy relationships etc.,) then it’s going to be a little quiet, which of course will gradually improve as you focus on rebuilding your life. Of course these things take time but don’t kid yourself that having crumbs or faux relationships romantic and otherwise, is better than having boundaries, because many a person has felt at the loneliest when they’re being trampled on by someone and they’re having to abandon who they are and their self-respect in order to keep things going.

If you’re afraid that you will be lonely with boundaries, this is something that you’re predicting that may not be accurate – fears rarely are – plus you could buffer yourself by ensuring that you have things to do planned in your calendar. If you believe that loneliness equals boundaries, examine the reverse belief that companionship equals having no limits and basically putting you in harm’s way. Is that what companionship truly looks like to you? Nowhere in the dictionary does companionship have doormat or even abused beside it.

Healthy boundaries, which is basically treating and regarding you with love, care, trust, and respect and knowing your line and your limit so that you guide and direct others to treat you similarly or jog on, have a cumulative benefit. The more consistently you maintain them, is the more they pay off and you start to realise how good you feel, with and without company. Don’t chase instant results – make an investment in you and your present and future happiness.

How Having a "Tell" Can Give Someone The Impression That You'll Tolerate Their Behaviour Or Issues
Drama Seeking Triggers
Am I Involved With an Assclown? How To Spot Someone Who Means You & the Relationship No Good
Share this...