We self-sabotage our efforts to do better by us, because we’re afraid 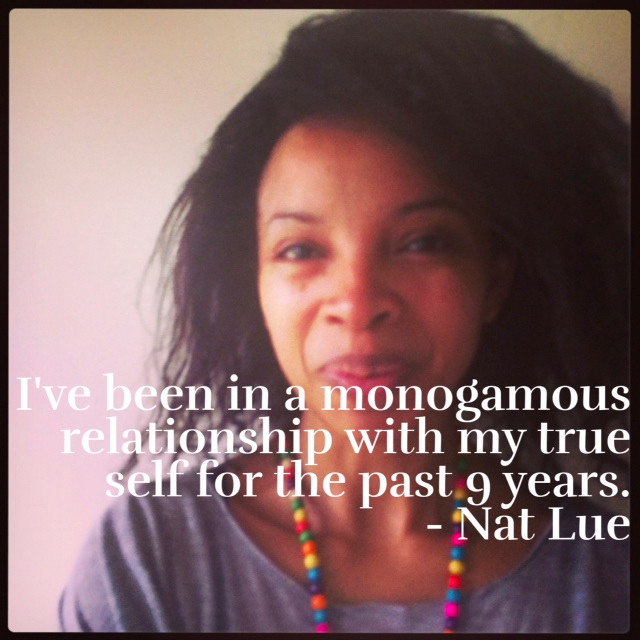 One of the biggest lessons I’ve learned about life, is that despite how much we may want something and know in theory how good committing to that something might be for our lives and wellbeing, we can still end up backtracking on doing the necessaries to make it happen. We may recognise that we’ve been accepting crumbs, or that a situation is toxic, or that we’ve not been stepping up for and representing our own needs, expectations, wishes, feelings, and opinions, and then feel temporarily galvanised to do something about it. We make some decisions and initial changes with gusto, possibly make some big announcements, and then next thing you know, we’re back up to our old habits.

The reason why we undermine our own efforts is fear.

While fear is an emotional response to a perceived threat, that doesn’t mean that the fact that we feel afraid is representative of the existence of an actual danger or that what we’re being and doing is wrong. We feel afraid when we have to get out of our comfort zone, even though that comfort zone may actually be an uncomfortable ‘comfort’ zone and the unfamiliar that we’re stepping into could actually hold something so much more befitting of us.

Sometimes we are our own threat and we use the fact that we experience discomfort at having to break habits, at having to get closer to ourselves and learn and grow, as an indicator that there must be something ‘wrong’ with our choice.

We must distinguish between real and imagined threats. It’s the whole internal versus external fear thang.

It’s also important to note that instincts rely heavily on intuition and instincts get out of whack when we habitually ignore ourselves and rely too much on external validation and dodgy assumptions. This is why it’s important to build a relationship with us before we devote a significant amount of energy to trying to build a relationship with someone else, because if we don’t, we will get into relationships for the wrong reasons and possibly with the wrong people, which will only take us even further away from our true selves and have the undesired side effect of pain, which will only exacerbate the fear.

We fear stepping up for ourselves and treating and regarding us with love, care, trust, and respect, because when we commit to doing this, we’ll have to do it tomorrow and going forward, and when that reality sets in, it can be damn scary. What, you mean that by owning my own and taking command of my life, I can’t keep living in the past and avoiding my feelings and responsibilities? Feck that!

When we make these big decisions, we’re declaring both inwardly and outwardly that we’re worthy and that we’re going to step up.

At first we feel quite bolstered by these declarations, and then as a reality sets in and we realise that if we’re going to respect ourselves and have some healthy boundaries today by telling, for instance, someone who takes advantage of or abuses us to jog on, that in theory, we’re declaring that we are now going to be someone who is going to have boundaries in 3 days, 7 days, a few months, a year and so forth. We fear that not only will someone confuse us in the future about our decision and inherent declaration (and we then fear that we may not be able to handle it at that time), but we also realise that we’re essentially agreeing to basically do this whole being a person who treats and regards themselves in a half-decent manner gig, for good. That right there is a commitment.

This is scary when we have beliefs that decent people are hard to come by and that it’s ‘tough’ to have boundaries in this world and basically tough to have self-esteem. We all find it easier to focus on stuff that’s outside of our control than we do to focus on what is largely within our control – us.

If we think that we don’t have the advantages, background, strength, time, or even ‘blemish-free’ existence that we bullshit ourselves into believing that we need to have before we can stand a cat’s hope in hell of seeing this through, the fear will creep in and we’ll let this override the very good reasons and evidence that we have to support the fact that we need to make changes. We self-sabotage. We tell ourselves that we’re not good enough and then we slide back into the pit of discomfort that comes with the territory of going against ourselves and then feel even worse.
The thing is, we can’t really go around making decisions about how decently we can treat ourselves on the basis that someone might say or do something one day that we might not like.  That’s gonna happen anyway, good self-esteem or not, the difference being that if we treat ourselves as worthwhile and valuable people, these incidences aren’t going to break us. If we made all of our decisions on what somebody might do one day, we wouldn’t do anything, and yet we self-sabotage and let fear rule, because truth be told, we’re worried that people or even a specific someone, will think that we’re uppity or even fraudulent for staking a claim in our life and not only deciding to know our own line, but to live and act like it too. We think we’re laying ourselves open to criticism and conflict. We’re also making decisions on the basis of how we are right now in this particular moment, without accounting for the fact that if we truly commit, we’ll put in the efforts to help us show up as that person in the future, which means we’ll be far more empowered and more knowledgeable. 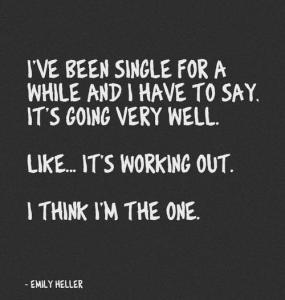 Stop Trading Yourself Down
Relationship/Drama Crack: Are You Creating Your Own Dynasty Level Drama?
You can change your version of normal at any time