What Learning About The Special Effects in Apollo 13 & Titanic Taught Me About Future Faking, Fantasy Relationships & Why We Get Carried Away 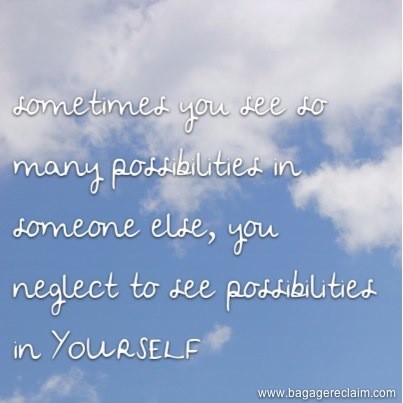 Having a browse over a cup of tea, I found myself on the TED site and finally got around to watching a talk. I was drawn (and I have no idea why) to The Art of Creating Awe by Rob Legato who is behind the special effects for films including Titanic and Apollo 13. Right at the start he says that making the latter film taught him “…how our brains work is that, when we’re sort of enthused with enthusiasm or awe or fondness… it changes and alters our perception of things. It changes what we see. It changes what we remember.” Ahh…. hasn’t this got a lot to do with our dating and relationship experiences?

When special effects are really good, you think that they are real (possibly even better than the real thing) and they evoke emotions in you. Rob explained how we can have emotion built into certain events/experiences and have memories attached to it but that what they basically do with special effects is try to work out which elements that they need to recreate for a scene that combined will give the impression of realness. So for instance, clearly he didn’t go and build an entire Apollo 13 – in a parking lot, while using a tin can, fire extinguishers, fire and wax over the camera lens to look like ice, he hooked the audience into the scene.

“If you believed any of the stuff that I just showed you, what you were reacting to… what you’re emoting to is something that’s a total falsehood.”

Special effects in films can be awe inspiring, but judging by the stories shared with me, it’s mind-blowing to experience this in a relationship…but not in a good way. When it comes to an end or reality bites, it can be incredibly painful and difficult to decipher between what was real and what was fake. It hurts because what we felt during those times were our emotions and they’re real even if someone is blowing smoke out of their bum or the situation and the possibilities aren’t as real as we think.

There are certainly people out there who are very good at creating ‘special effects’ in dating and relationships (they rely on charming their way around people who are not as ‘reality vigilant’ and are possibly vulnerable), and to be fair, there are also plenty of people who are very good at creating their own special effects with their imaginations (they rely on the hot air and lack of action).

People definitely enter into dating and relationships carrying a certain amount of built-in emotions and memories – some about themselves (and they might not all be good) and some about previous experiences. For instance with unavailable relationships, there’s a lot of trying to ‘recreate the feeling’ whether it’s with an ex or just chasing that feeling of being loved, adored, desired etc. Equally we may be carrying around hurt and bad memories and that in itself can create a great deal of anxiety and even cause us to see danger when there isn’t or have us trying to right the wrongs of the past. These experiences in turn can end up bringing out a lot of our worst fears.

Ultimately, whatever we bring into it influences how receptive we’ll be to the ‘special effects’ whether they’re our own or someone else’s.

When you consider people who ‘Fast Forward’ by using intensity to speed you through the early stages of a relationship, you can see ‘special effects’ at work. They are quite practiced at it and their cycle may be a few hours (collecting attention on a dating site), one night (a date or one night stand), a few days or weeks (a fling) or for a few months (I know more than a few people who have been with Mr/Miss 60/90 Days or Mr/Miss 6 Months).

The intensity may be a mixture of words, actions, and it being out of context with how long you’ve actually known them, and this is their tin can, fire extinguishers, and wax in a car park. It’s the same for Future Faking – when someone gives you the impression of a future so that they can get what they want in the present – the ice on the lens may be sex and a fine line in promises.

Of course our own enthusiasm can trigger our overactive imagination and possibly our libido. Sometimes we’re so eager to be in the throes of a romance, to be getting attention, to have possibilities with someone, that we end up getting high on our own supply.

I remember practically punching the air with a gleeful YES on more than a few occasions after being asked out. It was like “YEAHHHH! I’ve been asked out again! Life is good! This person is interested in me! This could be it!” I got all of that out of being asked out?

Of course it’s not that we shouldn’t be enthusiastic about dating (Eau de Cynicism and Skepticism aren’t attractive) but it’s where the enthusiasm comes from – the possibility of abandoning ourselves and our own lives for the promise of someone we don’t really know yet. When we’re high on the possibilities, we like ourselves more than usual, we have an extra spring in our step, and everything that happens in the relationship gets correlated into more possibilities, even if they’re unrealistic.

Sometimes we’re so enthusiastic that we don’t remember a date or our interactions with a person as accurately – we focus on the things that make it easy to maintain an illusion and our ‘high’.

We remember things ‘differently’. It’s the very simple reason why when we wake up in a less than attractive relationship and wonder how the hell we got there and play the relationship back in our mind, we suddenly spot the code red and amber alerts. Sometimes we’re so carried away that our hopes and expectations for a relationship and a person don’t really have any basis in what’s happening in reality.

When we get enthusiastic about someone because they look like someone who we’re attracted to or they have certain characteristics, qualities and values, we can fall into the trap of over-correlating that information which is where our minds end up filling in the gaps and ‘mocking up’ a person who possesses other qualities, characteristics and values. They go from being a tin can to a rocket launching into the skies.

If we’re not as aware and mindful as we could be, we can also be caught out by the hallmarks of a relationship (sleeping together over a period of time, time itself passing, plans being made, meeting friends, our feelings and expectations increasing) because we don’t realise that the landmarks (commitment, shared values, progression, balance, consistency and intimacy) are absent.

‘Hallmarks’ without ‘landmarks’ is like the shots of the real Titanic 3 miles down in the ocean being mixed in with the model version in the studio.

And let us not forget the ‘awe’ and ‘fondness’ – awe makes us operate those special effects where we stick a pump up someone’s bum and inflate them while putting them on a pedestal to look back down on us. Along with fondness, we like to use them to see people in the ‘best light’ which is really us just projecting our imaginations and sometimes what we want people to think about us.

We forget that the best light is reality and that we only need to do special effects for people who only seem to ‘work’ in our imaginations.

It’s not that we need to ‘kill’ our imaginations but it’s the fact that our ‘accounting system’ doesn’t kick in and start reconciling reality with our imaginations – by the time we start to consider this or something bad happens, we’re very heavily invested in what may be a partial or total falsehood, which either way is a falsehood. It is our job in taking our responsibility for ourselves seriously, to do the due diligence and to put as much effort into keeping our feet in reality as possible. Yeah it might not be as ‘exciting’ but it certainly paves the way to a happier, more fulfilling, authentic experience and no amount of special effects can recreate that.