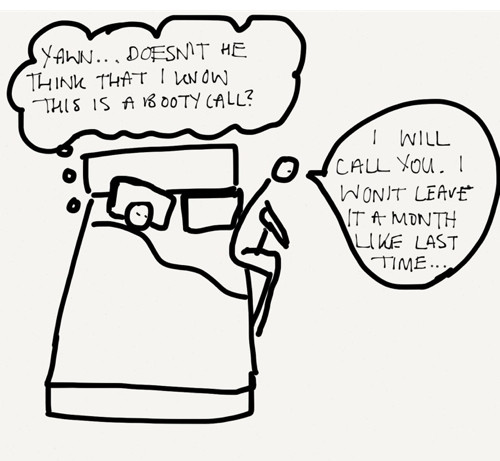 When we’re faced with situations where we choose to be indirect or even outright lie, it can be because:

While most of us will tell people what they want to hear from time to time, it will pretty much be a full-time habit if we’re passive or passive aggressive.

A passive person will tell someone what they want to hear because they typically suppress their needs, wants, and expectations to gain approval, validation etc and to also avoid the likes of conflict. They believe that if they do and say what’s ‘expected’ (which may be based on an unhealthy belief anyway), that they will be rewarded. Instead they feel marginalised and possibly taken advantage of and abused.

A passive aggressive person is only too happy to tell someone what they want to hear because unlike their passive counterpart, they’re either going to do what they originally intended to do anyway or they just undermine whatever was said with backtracking, managing down expectations, moaning, griping, being obstructionist, orchestrating conflict, cancelling etc.

When we decide to tell people what they want to hear even though it’s either going to cause us or them (or both of us) pain plus we may come across as flaky, difficult, full of sh*t, and even manipulative, we’re saying that people would rather that we make them feel good in the moment with a lie, than have them feel possibly uncomfortable in the moment (and possibly for a little while afterwards) but they’re ultimately spared from the consequences of our BS. We also have to question who we’re so afraid of telling the truth to people who genuinely care about us, because while they won’t exactly do a jig if something’s not what they’d hoped for, they will respect our honesty and the ability to know where they stand with us.

When we tell people what they want to hear, we’re just postponing discomfort and potentially adding on more consequences than would have originally existed. We’re postponing, not avoiding or deleting.

Some people have a serious aversion to being direct and representing themselves in a way that respects them and anyone else involved and so they will swear that they’re definitely not going to cancel this time, that of course they don’t want the relationship to end and will do whatever it takes to commit, or that of course they meant what they said and that they don’t mind doing whatever it is…. and then they end up showing us things that we’d prefer not to see or experience. The one who says that they don’t mind when they really do ends up miserable and blowing their proverbial gasket one day.

What I do know from personal experience is that the sky has yet to fall down due to lack of stroking egos or telling the truth with respect (honesty). I know that I’m most likely to tell somebody what they want to hear if I’m caught off guard or I know for a fact that it won’t go down too well but I’ve taken to the, ‘I’ll get back to you’, ‘I can’t give an answer now’, or just biting the bullet approach. On the occasions where I do get caught out – it happened recently with an estate agent that knocked on my door – I have to put on my big pants and nip the situation in the bud because aside from giving me brainache, delaying what I really mean is actually only causing ambiguity and messing us both around.

Remember that each time you say yes to something when you really mean no, you’re saying no to you while busting your own boundaries.

It may feel good to say or hear the words in the moment but the subsequent actions and thinking can hurt for much longer because while the truth can hurt at times, it’s the lies, contradiction and even the suppression of ourselves in our efforts to ‘please’ that can do far more damage.

Podcast Ep. 219: You Are Allowed To Rest
The Givers, Or Over-Givers
It's What Comes After The "But…" That Counts
Share this...