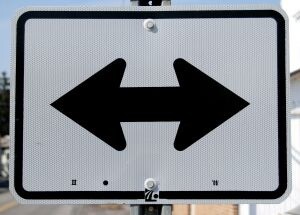 If you imagine (actually, many of you don’t even need to do this as you’re living it) that you’re in a relationship/dating a man that appears to be dragging his feet. It could be that you’ve been together for for a few months, a year, or even a few years but you know that he’s ‘trying to figure things out’. For some he’s trying to figure out if he’s even that interested. For others, he’s trying to figure out if he wants to be exclusive. For others, he’s saying that he likes/loves you, but he’s contradicting that with his actions and stalling on committing.

Maybe he’s got a wife he needs to make the move to finalise a divorce with.

Maybe he keeps doing the whole ‘That One Time in Bandcamp’ thing where he keeps bringing up that time when he got hurt or the same old story about some woman that disappointed him.

Maybe he’s straight up saying he’s not sure.

Maybe he says he waiting to feel ready.

Whatever it is that he’s saying, there is a difference between you and him.

You’ve made a decision about him and decided to stick around in spite of the fact that he hasn’t got both feet in the relationship.

How horrible is it to be around someone who isn’t sure that they want to be with you when you have your heart and mind so set on him?

It’s a blow to your self-esteem and all the patience and compassion in the world can’t disguise the gnawing sensation of feeling vaguely humiliated and definitely rejected.

The thing is, it’s not that hard for someone to decide if they want to be with you and if they want to be in the relationship – we’ve just convinced ourselves that it is because it makes it more palatable as if it’s a prerequisite for love that you’ve got to cut your teeth being in pain.

When a man ends the relationship with you and you cling to the relationship trying to win him back or obsessing about why he’s gone and why you love him so, this is a signal that something is very wrong because he has opted out and decided that you and whatever you both have is not worth trying for. This is a sign that come hell or high water, you need to drop the illusion and get real because you want someone that no longer wants you.

This is the same as when you’re with someone who can’t bring themselves to put both of their feet in the relationship and instead keeps a foot out, or just a toe in and makes it clear either through words or his actions that he is not on board. Instead of fighting for his attention, trying to prove yourself, trying to win, the fact that he is himming and hawing about you should be a serious indicator that something is wrong and that you need to step back, get real, and be careful of projecting what you think, feel, and believe on to him because clearly, you’re not on the same page.

And remember – when this continues over an extended period of time, it isn’t that he hasn’t made a decision; it’s that he’s using his indecision to mask the fact that he has made a decision, he just doesn’t want to clue you in on it. After all, better to hedge your bets than to do the decent thing…

Guest Post: Dating Hiatus, A Status Report
Advice Wednesday #8: Is He Really Not Over The Way He Broke Up With His Ex or Is It Just An Excuse?
When Mr Unavailables and assclowns use ridiculous statements to justify their poor behaviour
Share this...