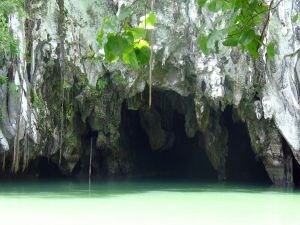 In part one of this three part post, I explained how believing that all men are like rubber bands (as described in Men Are From Mars, Women Are From Venus by John Gray) with an intimacy cycle that causes them to retreat and return, can end up being a licence for women to over-invest in relationships where in actual fact, he is retreating so far out of the relationship, he’s not in it and on another planet.

This isn’t about people having a healthy level of space in a healthy relationship (because that’s normal and needed); this is about how a wide sweeping statement that all men are like rubber bands that go through an intimacy cycle can send the wrong message where women don’t decipher between someone being independent and autonomous in a positive way, and someone who is using this so called ‘intimacy cycle’ to manage down their partners expectations, keep themselves emotionally distant, and effectively stalling the progress of a relationship.

Everybody has different ideas of what ‘intimacy’ means to their relationship but trust me, if you are someone, or involved with someone who is emotionally disconnected, it is very difficult, if nigh on impossible to forge real intimacy.

It’s not retreating from the relationship if you can’t cope with the idea of him being away from you and literally any absence makes you feel insecure, question whether he still loves you, or has you wondering what you’ve done wrong.

Just because you’re in a relationship, it doesn’t mean that you should lose your sense of self and individuality. You are partners, but you’re still individuals with your own thoughts, lives, opinions, feelings etc that also come together for your relationship.

You always have to do the balance and checks on this and ask yourself if you’re being reasonable about your expectations of your partner. If him doing normal things like having the odd night out with his friends, having hobbies, having time to himself or whatever throws you into a complete tizzy of insecurity, that is not him, it’s YOU that has the issues.

If you expect too much of your partner and basically derive all of your happiness, your value, your self-esteem from them and revolve your life around them, that is co-dependency. It may read like intimacy to you because it will be your belief that this is what real relationships equate to, but the reality is that it’s co-dependent and extremely unhealthy.

The process of adapting your relationship habits and building a higher self-esteem so that you can have a healthier relationship with yourself and with others is about recognising that good things don’t feel bad, pain is not love, and creating a picture of what healthy relationships look and feel like.

For any woman who has been on the receiving end of going through the ‘intimacy cycle’ with an emotionally unavailable man or even an assclown, in the cold light of day, the retreating and returning which is more indicative of him not knowing his arse from his elbow and not being able to commit to an outcome, is not very healthy at all.

Nobody wants to feel like the fish on the end of a fishing rod being reeled in and out of the water at will.

Nobody wants to wake up and realise that ten years have gone by and it feels like they’ve been on a permanent date and that the relationship hasn’t progressed much further emotionally from where it was at the beginning.

It’s not very nice to feel the hot spurt of someone’s ‘intimacy cycle’ where they shower you with attention and make like things are back on track, only to suddenly go ‘dark’ and not be reachable or for them to reduce you to one line text messages and distancing measures.

It’s not very nice to to feel like your relationship is a series of fits and starts.

It’s not very nice to discover that they’re retreating from intimacy with you but trying to forge intimacy elsewhere.

It’s very confusing when your instincts say that your man is edging his way out of the door, but you disregard that feeling because you don’t trust your gut, only to discover that he’s already left the relationship building.

Is it fair to try and forge a relationship with someone who every time you get close reads it as a signal that you may expect, need, or want too much from him so he ‘disconnects’ and ‘retreats’ so that he doesn’t feel the heat too much?

Is it fair for him to start acting out by being difficult so that he can create an opportunity to retreat?

What about feeling damned if you do and damned if you don’t? Many women cannot win. They don’t react or get on with their thing when he withdraws and he starts blowing super hot and making all the right noises. These same women often let his withdrawal go by without question and accept him back, only for him to withdraw again! On the flipside, other women pursue when he withdraws which can cause him to withdraw further. He keeps his distance and she eventually takes the hint or he decides he’s ready to come back and he quickly learns to ‘punish’ her with retreating.

So yes emotionally retreating (which in some cases may also be coupled with physically retreating) on a habitual basis in the relationship, to the point where there is a recognisable and felt pattern of retreat is often a strong indicator of issues but you always have to to remember that none of this behaviour happens in isolation so you must be able to recognise the wood for the trees and understand the bigger picture of behaviour.

Back in part 3. Also check out part one.

That Nagging Voice: The Danger of Internal Negative Messaging
So What is Commitment-Phobia?
Do You Really Need To Investigate What Someone's Intentions Were Or Prove That You're 'Right'?