Are men really like rubber bands? The Bigger Picture (Part 3) 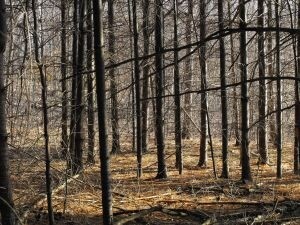 Over parts one and two of this mini series, I have been explaining why John Gray, author of Men Are From Mars, Women Are From Venus’ theory that are all men are like rubber bands because they have an intimacy cycle that needs them to stretch (retreat) and then eventually spring back when they want to get closer can be a dangerous belief to have that will cause women to overinvest in inappropriate relationships in the belief that poor behaviour is just ‘normal’.

I’m a firm believer that with the type of modern day relationships that we have which are fraught with commitment issues, emotional unavailability, assclownary, and complications like technology such as online dating and text messaging, that subscribing to this theory is like giving a man carte blanche to take the piss. It also means that the lines become very blurred because many women do not end up being able to distinguish between this so-called rubber banding and someone who is actually using a cycle of distancing themselves and then returning to control the relationship and manage down your expectations.

You always have to remember that in any relationship, we teach people how to treat us and also what to expect.

For people with issues who will want to control their environment as much as possible, they use blowing hot and cold and the pushey pulley game to teach you what to expect from the relationship and ultimately, what initially will have felt uncomfortable to you will eventually become familiar and habitual, even though it is actually uncomfortable.

There are a few key things that you need to take into account to assimilate your situation:

1) Are you in a hot and cold/pushey pulley cycle with your guy? If so, this is a very strong indicator of problems. This can feel like passion and excitement initially but it will eventually translate to tension, ambiguity, and drama.

2) Are you looking at the bigger picture? Are you seeing the wood for the trees? These things do not happen in isolation. Where there is one dubious pattern of behaviour there will be others plus red flags and boundary crossings. The truth is, when you open your eyes and take off the rose tinted glasses of betting on potential, the reality may add up to a whole lot of issues. When he’s ‘retreating’ what is he doing? Being a bit quiet or doing a few things he enjoys doing on his own, or trying to shag other women, completely ignoring you to the point of hostility, or straight up disappearing?

Fear derails relationships and also creates bad ones but we also need to recognise that sometimes our internal fears can have us either believing that someone is retreating when they are not, or can cause us to believe that they’re going to retreat so that we behave in ways that bring about the outcome and create the self-fulfilling prophecy.

If you do either of these things, this will create a dubious intimacy cycle that’s actually of your own making.

4) Are you co-dependent? In my ebook Mr Unavailable and The Fallback Girl I explain that

“Co-dependency is something that affects all Fallback Girls because the very basis of your interaction is built around the idea that you place all of your love on one person, that makes you feel secure, builds you up with his own supposed intrinsic value, and provides the source of all of your wellbeing and happiness. When he leaves, you feel miserable, agitated, nervous. You wonder where he is, what he’s doing, and if there is a possibility that in the last few hours, he may have discovered the ‘truth’ about you and decided to leave you. You fear abandonment and with some women, every time their Mr Unavailable leaves them, it feels like abandonment. It’s like you need them in your field of vision.”

I also say that “You lose yourself in relationships and you find it easy to take on his characteristics or relationship style so that you can fall in sync with his behaviour.”

I bet this sounds familiar to many of you!

The trouble is with being co-dependent is it’s a recipe for relationship disaster as it can feel pretty overwhelming and intense to feel like the complete and utter focal point and source of everything for another individual. Imagine then, that you have that expectation of someone who is emotionally unavailable or an assclown, and do you really have to wonder why you run into problems?

The reality is that whilst we all have our off days and can be impacted by stress, tiredness, and a variety of factors that may not actually be related to our partners, it shouldn’t be a ‘chore’ to be in a relationship and you shouldn’t really have to be at the mercy of some guys emotional menstrual cycle that seems to come about when it all gets a little much and he wants to go away so he can feel the desire to come back.

As I said in part two, there is absolutely nothing wrong with someone wanting to maintain their independence and autonomy but there is a big difference between this and actually using the ‘intimacy cycle’ to edge out of the relationship or ensure that it’s solely on your terms.

Because this is something that stands out about this rubber band theory – much like when we’re involved with Mr Unavailables and assclowns, this is about doing things on their terms and jumping to their beat and relationships require a bit more than that.

What I can say is that generally speaking, healthy relationship or not, when someone does appear to retreat the solution is not to come at that person full force. Whether that’s because you continuously ask the person what’s wrong (sometimes you can’t always put into words that you’re just having an off day) which can often make it bigger than it actually is, whether you go into a tailspin and start wittering on about what you may have done to ’cause’ the retreat, or whether it triggers you to start drama seeking, doing the bums rush on his retreat no matter what relationship you’re in will just exacerbate the issue and blur the lines.

This is why it is important to have some self-esteem in your relationship because when we have low self-esteem, we are inclined to place ourselves in the centre of everything and assume that if something appears to be ‘wrong’ it must be down to us and we respond accordingly.

If you have higher self-esteem, not only will you make better love choices, but you’ll be confident enough to recognise that when your partner does appear to ‘retreat’, it’s not down to something that you have ‘done’ and you can see the wood for the trees enough to realise that it could be any number of things or he might just have ‘things on his mind’. You will also have your own healthy desire for independence and autonomy.

If you’re already in a cycle, the only way to deal with it is to break it. One of the biggest ‘weapons’ (for want of a better word) in your relationship armour is realising that when you start to take control and remove the controls that men like Mr Unavailables and assclowns have (like when we do No Contact), you not responding how they expect you to respond throws the cycle out of kilter.

Stop chasing, stop asking, stop drama seeking, even if it means sitting on your hands and taping your mouth closed. Fight the urge because trust me, being in a cycle means that he has come to believe that you will behave in certain ways.

The key now is what does he do when you don’t play ball? Does he adapt his behaviour in a positive manner? Does he pretend to adapt and then slowly slip back into the cycle?

If it’s genuinely a case of him just needing a little space, try to step back and leave him to it without being resentful and see what happens. If you do ask what’s wrong and he says it’s not you, take it at face value and go about your business.

Relationships require positive consistency, not extremes and ultimately the choice is yours – if your man does have an ‘intimacy cycle’, can you handle it? Do you want to?

Relationship Advice: Is he ever going to commit to me? How do I get him to listen?
45 Tips For Surviving Christmas/The Holidays Whether You’re Single, In a Relationship, No Contact or...
Getting Real About Recognising Inappropriate Relationship Behaviour: He Doesn't Need To Cheat (or Be...