Advice Wednesday #9: Is It Possible To Remain Neutral Between My Feuding Friends? 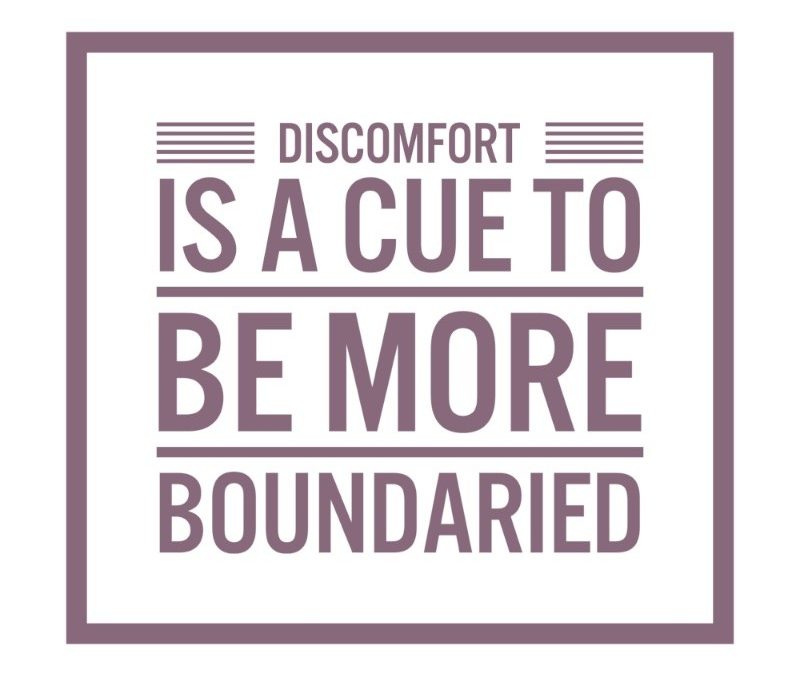 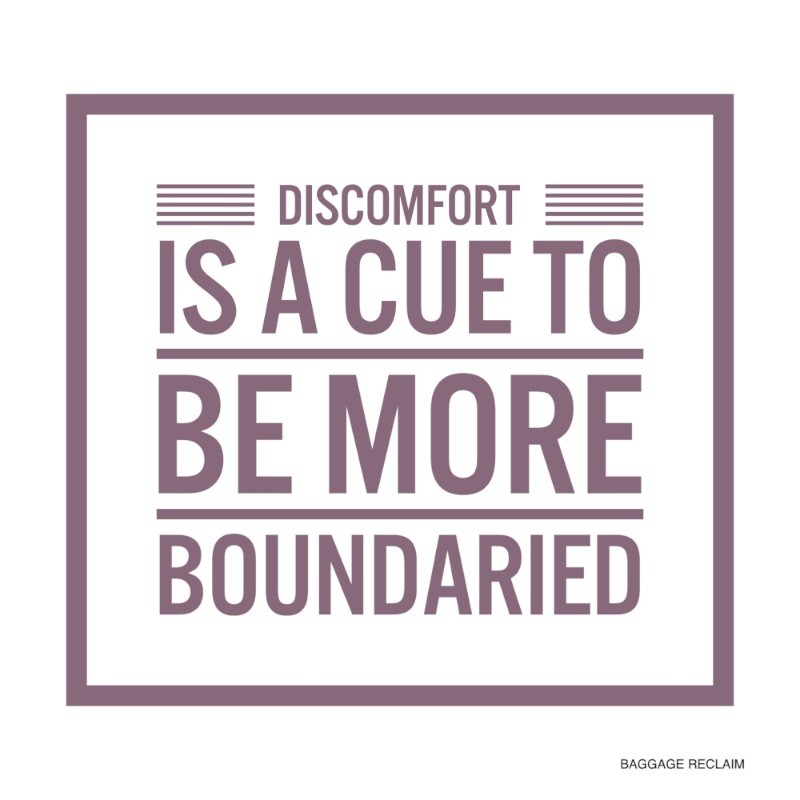 The Tricky Situation: Zoe asks, I have two friends who have resented each other for such a long time that no one remembers how it really started. We all work for the same company. I am very close with Friend A, spend a lot of time with her also outside work, whereas I’m just very friendly with the Friend B but don’t spend time together outside work.

Friend A is very emotional and sensitive, with some self-esteem issues. Friend B is down to earth, quite bubbly, definitely stronger in terms of self-esteem. The way I see it, their problem stems from the personality clash and the unwillingness (or inability?) to forgive and understand the other friend’s perspective.

Both girls do a good job in trying not to make me take sides, but I sense that when I talk to Friend B in a friendly way, Friend A becomes kind of hurt (she tries not to show it, but I can feel it). It doesn’t happen the other way round. These emotions resonate through to me as I try to empathise with A but also acknowledge the other girl’s perspective and I simply like her.

Is it at all possible and realistic to stay Switzerland in this situation without straining myself emotionally, being a people pleaser or passive aggressive? We have talked about it and she knows my stand and I can see she’s really trying but it’s clearly difficult for her as much as it is for me.

I empathise because having two daughters at school, I’ve not only been reminded of the twist and turns of forging friendships in early childhood and what can already be girly bitchiness, but how being friends with other parents can at times make you feel as if you’re back at school. I actually have two friends who weren’t and aren’t that crazy about each other. There was one bust-up where one tried to offload on me and I drew my line after that because I don’t want to be told who I can be friends with when I’m heading for forty. I’m not insensitive but I don’t pussyfoot because not only does it make the situation far worse but it leads to resentment and awkwardness.

You’re not friends as a group; you’re friends individually. If you’re being a friend to both and you are being trustworthy and you are genuinely close friends with one and the other is a work mate but that’s it, let them get on with their own drama and draw your line when one or both step over it.

My first thought on reading your letter was, What is Zoe getting out this situation?

This is one of those situations where its evident that there are roles—these can be real ones in terms of how each of you behave, or perceived roles that may not reflect the actuality of what is truly felt by each party.

Friend A feels as if she is the victim and is apparently wounded each time you interact with Friend B. Friend B is seemingly the persecutor of Friend A (in Friend A’s eyes possibly) but I’m picking up that you also see Friend A as being the persecutor of Friend B. You say that you’re trying to stay Switzerland but your role extends far beyond that. If you were staying Switzerland, you would not be ‘feeling’ her feelings in the way that you are. You act as friend to each party but you also derive something from your position of being the friend caught between two people who don’t like each other.

It might not be on a conscious level but you’re gaining something from the drama. Do you need to feel needed? Does this longstanding feud that none of you know what it is about, inadvertently make you feel important?

Have you ever been in a threes situation before? No, not a threesome of the saucy kind but where you are in a friendship dynamic of three or where you are close friends with one person and pally with someone that the other friend doesn’t like. Or has there been another situation in your life where you have felt caught between two people? A very common example with BR readers is feeling caught between two separated or divorced parents as a child or a traumatic loss of friendship earlier in life where it now keeps playing out and they fear being abandoned again.

This situation is presenting itself as an opportunity for you to resolve something and to learn more about you.

I suspect it’s fear of confrontation so fear of staking yourself on an opinion and action for fear of being disliked.

Examine your motivations for trying to be neutral and evaluate whether this is part of a wider pattern.

It strikes me that a lot of this is about your discomfort and your perception of things, which leads to attempting to influence and even control their feelings and behaviour with your people pleasing in the hopes that you will not have to take action because they will do something to make you feel better.

Zoe, if you want the discomfort to end, you will need to change your role in this dynamic.

I’m not saying that you’re imagining things but if you’re hyper aware of this tension and resentment, hasn’t it occurred to you that you’re over-empathising and so over-feeling, projecting your perceptions into the situation and calling it facts? If no one is talking about anything, how can you have reached such sure conclusions?

I guarantee that in time you’re going to feel resentful and it is most likely going to be with Friend A. You are busting your boundaries and calling it staying Switzerland but you’re not even doing that because you are not neutral.

You say both girls do a “good job” of not making you take sides and yet you’re either being a typical people pleaser who’s too afraid to call a spade a spade or, it is you who is putting yourself in a ‘sides’ situation in your head. Which one is it?

There are subtle biases as well. Friend A is perceived as having less self-esteem than Friend B and Friend A is the one who you see as making you feel bad, even if it’s not her intention, with you emphasising that Friend B doesn’t do it. Now either you’re closer friends with Friend B than you like to admit or your underlying frustration with Friend A’s behaviour is causing you to put a rosy glow on Friend B.

Here’s the craic Zoe: You have to stand for something.

Trying to do all this diplomat, keeping the peace, and ‘rising above’ the playground shenanigans means that you run the risk of alienating both friends and unless this tension is all in your head, then they are also both out of order for letting this run and run despite your obvious discomfort.

While you may endeavour to be neutral between these two friends, I hate to break it to you Zoe but you cannot be neutral in your individual friendships with these women. You are choosing this situation. I’m not saying that it’s bad to be friends with both of them but you cannot choose to be friends with two people who don’t like each other and then complain about you being uncomfortable. You need to be boundaried for you and boundaried within these two friendships before you make yourself ill.

I sense resentment brewing between you and Friend A and this is a very good time to assess your friendship and the roles that each of you have either assumed or assigned each other. On one hand, you derive value from your role of maybe being the ‘rescuer’ in this friendship but on the flip side, this leads to resentment when you feel as if you have to prop up your friend or that she’s putting obligations on you. Friend A however, likely also feels resentful due to being treated like the victim, even if it is the way that she’s behaved. This leads to passive aggression on both sides. You both need to talk. You have a problem in your friendship otherwise this malarkey with Friend B would have been done and dusted ages ago instead of it being salt on the wound every day. You could even laugh about it. You must take responsibility for you and this will automatically stop you from taking responsibility for her feelings.

You like Friend B, a lot. More than you’re likely willing to admit. It’s either that or you like having something to worry about and this has become far bigger in your head because you are a people pleaser and want everyone to get along and now feel super sensitive to the fact that two people don’t like each other.

You and Friend A are not Siamese twins. Honour the separateness and the cord will be cut in this codependent dynamic between you.

You’re trying to be all things to all people because of your underlying motivation to be liked at all costs, even if you’re going to run the risk of busting your boundaries. What kind of friendships can these really be if every day you’re going into a silent war at work and feeling as if you have to watch yourself when you hang out with Friend B or that you have to pacify Friend A? You are a good friend misusing your good qualities. Up-level your friendships with some assertiveness and confront this awkwardness.

Each Wednesday, I help a reader to solve a dilemma. To submit a question, please email natalie AT baggagereclaim.com with ‘Advice Wednesday’ in the subject line. If you would prefer your question to be featured on the podcast, drop a line to podcast AT baggagereclaim.com. Keep questions below 200 words. For more help with boundaries, my 30-Day Project, Embrace Healthy Boundaries will revolutionise the way that you engage in your relationships so that you can take care of you.

Disclosing Your Past and Insecurities
Is It Time To Take a Break From Facebook? When Facebook Is 'In Charge' Of Your Self-Esteem
Podcast Ep.30: Standing Up To Disrespectful Co-Workers, 'Keep Me In Mind' Letters, Thinking Too Much