Advice Wednesday: Help! I’m Just Not That Into My Mother 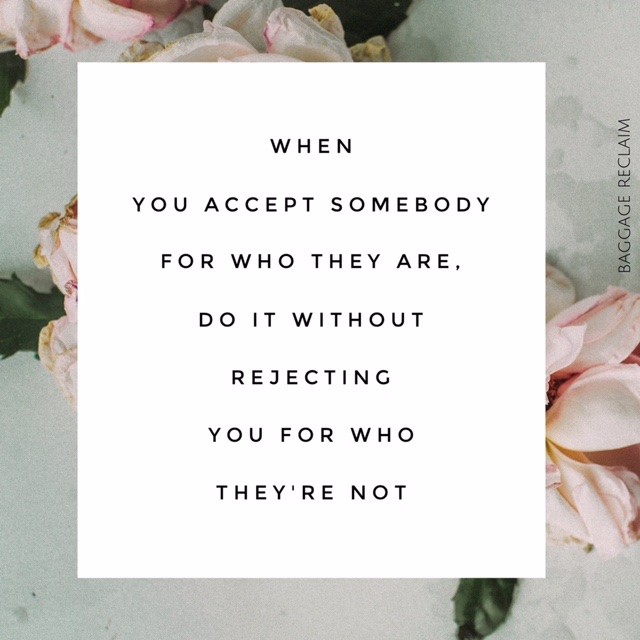 Olivia asks: At 38, I’ve come to accept that my mother is never going to be the type of mother I’ve wanted her to be. Other people have mothers who are loving, supportive, and who they even hang out with but with mine, it often feels like she’s my enemy. I want to love her; I want to spend time with her but it’s my secret shame that I can’t stand her. I feel safe in saying this to you because you’ve been very candid about your struggles with your own mother and have gradually managed to forge a relationship. Is it possible for me to accept her for who she is and be able to spend time with her without the anxiety, guilt and resentment that often plagues me?

Growing up and in fact right up until I was 28, I envied ‘everyone’ who had a ‘normal’ mother. I honestly cannot ever remember a time when there hasn’t been this jagged tension that can either ebb away into the background until I can almost wonder if I imagined it all, or that cuts me up and leaves me feeling anxious and yes, even ashamed. Or at least it did until I changed my relationship with her from the inside.

Mother-daughter relationships aren’t ‘supposed’ to be like this. They’re supposed to be easy, skipping through the meadows, being hugged when you’re hurt, able to turn to your mother for advice, support, justice even. When the person who birthed you seems to get fired up on criticising what seems to be your every move, embarrassing you in front of loved or not-so-loved ones, or who instead of playing Monopoly likes to play Three Minutes In The Gaslighting Oven, it’s easy to wonder why you’re not lovable enough.

It’s confusing to feel unsafe around someone who is supposed to love and take care of you and who you’re supposed to love too. She might teach you to go towards danger instead of away from it, setting up a pattern of feeling confused and drawn towards danger when your fight/flight response is supposed to kick in. When she blames you when others do you wrong and even harm you, or she keeps shaming you so that it feels as if you’re trapped in the sticky gunk of the past that you can’t seem to wipe off and escape from, you might conclude that she must really hate you.

In reality, there’s a hell of a lot of self dislike and projection going on. Highly critical, destructive and neglectful parents are not coming from a place of self-love and aside from having unresolved issues wreaking havoc in their lives, can also find that they’re acting out and behaving in ways that are more reflective of a child role, including engaging with us as if we’re a sibling. Sometimes it can be that they’re so busy trying to make up for what they didn’t get in the past–It’s my time now!–they don’t have the emotional, mental, physical and spiritual space to step up to the plate in the way that we or even they might hope that they can.

Our parents are humans first and foremost and we tend to assume that creating a child and the role that extends from that, will serve as a catalyst for whatever major behavioural and attitudinal shifts are needed on their part. We forget that they have a past, that they’re on their own journey, and that there are some or a hell of a lot of chapters in their story that we’re either entirely unaware of or that we’ve made a lot of assumptions and incorrect judgements about.

We tend to think, Inadequate parenting equals I must be an inadequate child, which is so very far from the truth.

The first lie that you must stop telling you, Olivia, is that most women have a great relationship with their mother. Have those vulnerable conversations with other women and you will find that you are so very far from being alone or part of a tiny minority.

It’s OK to admit that you’re just not that into your mother.

You can also accept her for who she is without rejecting you for who she’s not.

Blood does not mean that you must get on or that you’re the same or similar. Instead of guilting you, acknowledge your feelings and their origins so that you can give voice to your present and younger self that’s been repeatedly invalidated by shame. She matters.

You’re still playing The Dutiful Daughter role and waiting for mother to show up and do her part. The more you try to please her is the more that the resentment builds. You keep trying to behave in ways that might cause her to finally spring into motherly action. You’ve probably tried confiding in her, sharing your highs, trying to be her friend and goodness knows what else and still, zip.

Olivia, stop. It’s not that your mother couldn’t do with amending her ways but there comes a point when you have to question why you would spend your life trying to make her change when you could be cracking on with the business of living.

As jacked up as it is, the more you play the role is the more she clings to her role of doing what she’s always done.

Even if she never admits it or lacks the empathy to recognise what has come before, on some level, you repeatedly trying to ‘get’ her to be a different kind of mother, all while undoubtedly being your daughterly self, is just tapping on her guilt, which pokes at resentment, which in turn pokes at passive aggressive and aggressive behaviour.

I would lay bets that your mother has a toxic relationship with her own mother and possibly one with her siblings, hence some of her enemy-like behaviour. She might be threatened by you, plus suppressed and repressed feelings about her own discontentment with herself are getting turned into the project of creating problems with you.

You can either be a sitting duck that keeps trying to appeal to mommy or you can accept her wholly and fully and recognise that you’re not responsible for her behaviour and never have been. What you’re responsible for now is how you show up and how much you let her shenanigans disrupt your life. As one reader so brilliantly put it, Why should your mother get two lives while you have none?

Stop playing the role and your relationship will change (even if she doesn’t). Choose when and how you want to engage.

Step back. Stop looking for her approval or any change. Stop holding her up to your vision of a mother. Does it mean that your hurts and disappointment will vanish? No, but it does mean that you stop destroying your inner peace. Do stuff, not because you think that it’s expected of you (which fuels resentment) but because you want to. Even if that means that the truth is that you feel obliged to speak to her every day but you only want to speak to her once a week and for a short period of time, that is perfectly OK. You’ve done your time and now it’s time to keep it real before you give you an ulcer with the stress of all of this play acting.

Stop setting you up for pain. This was one of the most painful but liberating lessons I learned. I kept being open to certain things happening time and again because I kept being Good Girl Nat who didn’t want to hurt feelings and who hoped that Yet Another Chance would prompt a different outcome to previous. Eventually, I had to stop hiding behind being ‘good’ and step up to the boundary plate and I’m a much happier person for it and it hasn’t made me a ‘bad daughter’. Me being less resentful and expectant has relieved me of a so much stress and anxiety but has also allowed me to cultivate a relationship with my mother that I’m comfortable with.

Yes, sure, you’re her daughter but you now need to cultivate an adult-to-adult relationship. Be the lioness. Redefine the parameters of your relationship. So many people tell me that they’re worried about backlash from new boundaries with parents but here’s the craic:

Your mother is doing her. Whether you have boundaries or not, this is how she rolls. You can either have boundaries and limit the impact of any shenanigans or you can keep going with the same ole painful dance.

It’s a process so instead of expecting overnight success, be consistent and most of all be you. Be a mother to you and allow love and kindness from others into your life instead of punishing you for being the girl who couldn’t make her mother different. Take care of you.

Have you struggled with your mother-daughter relationship? What have you done to either improve the relationship or to certainly improve your own position so that you can take care of you?

When someone blanks you / disappears & then reappears to ask a favour of you, it's OK to say no
How to deal with feeling obliged during the festive season
The Pandemic Will Teach Us To Be More Boundaried