Are you still trying to right the wrongs of the past? 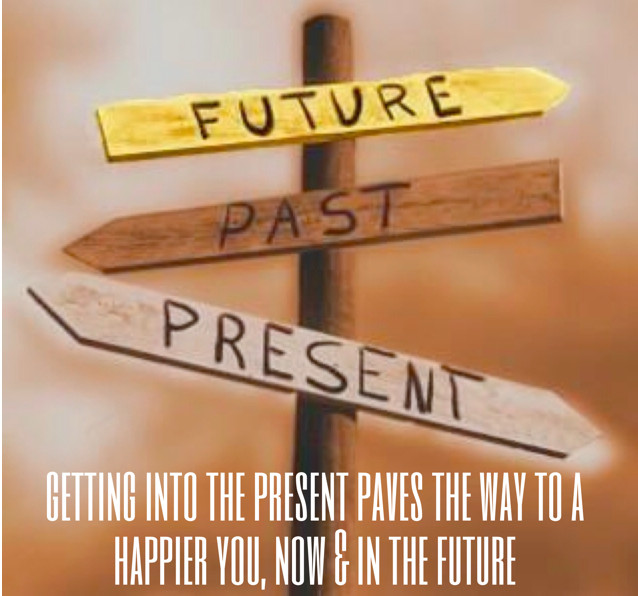 I got talking to someone recently who shared her childhood experience of growing up in a home where no boundaries were allowed. Opinions and feelings were ignored and disregarded, voicing concerns and discussing problems was a no-no and any perceived slight or apparent dissension quickly yielded verbal abuse. She became used to being passive and holding her tongue. After vowing to never be like these people, who do you think she gets involved with? Yep – people with similar communication and behavioural styles to her aggressive family members.

It’s not uncommon for children who grew up around dysfunctional people to end up in engaging with similar people in adulthood. Despite recognition on a number of levels about how toxic it is, they’re repeatedly drawn to the perceived opportunity to right the wrongs of the past. While if you’re doing this you may be conscious of it, many people genuinely don’t recognise it until they begin working on themselves or they experience an epiphany such as realising that they’re going out with a mirror image of their father.

Righting the wrongs of the past centres on the assumption that if you can successfully correct someone in your present who possesses similar issues or brings out the same need for approval and acceptance, that it will cancel out the past or at least give you that longed for validation that you may believe will be the start of everything improving. It’s also getting stuck on your principles – “I wouldn’t behave in that way and it’s outrageous that they continue to behave in such a disrespectful manner…so I’ll keep trying to teach an old dog new tricks while being miserable.”

Here’s the thing: it would be a hell of a lot easier for this woman for instance, to assert herself if she didn’t keep choosing people and situations where she is dealing with someone who is aggressive – they seek to get what they need, want and expect by force.

These people are who they are. Instead of trying to revolutionise the wheel, accept these differences and go and assert yourself with people who actually know how to be assertive without busting up your boundaries. Learn through trial and error instead of veering between being in battle and accepting failure from the outset so being resigned to misery.

Sometimes righting the wrongs of the past is about whatever you think it was you ‘failed’ to do as a child and trying to fix / heal / help and it’s guaranteed that you’ve assumed the blame for something that was very far from being your responsibility. Also when you’ve had to jump through hoops for validation, affection and love, the only situations, love and attention that appear attractive are those that you have to suffer for. It’s what you know – it feels like home.

I spent my relationships trying to make men stay by being compliant (read: a boundaryless people pleaser) because I assumed responsibility for why my parents hadn’t been together since I was three or why my father hadn’t at least been around in some capacity. I also lived in fear of messing up in some way and so I did a lot of approval seeking in an attempt to get what I’d been seeking from my mother.

Of course hindsight is 20:20 vision and I now know that if you’re going out with people who are like your parents or some other unhealthy reflection of your childhood, this is a code red alert.

When you put your childhood on repeat it stops you from being a fully-fledged adult because you take up a default child role in your relationships where you automatically assign power to the person you’re giving a parent role to. Of course if you give power they will use it.

It’s also important to recognise that when you’re still in a role from childhood, these habits of thinking and behaviour have been learned and developed for dealing with a specific set of people that have typical behaviours and situations associated with them. You learned over time to quickly ‘read’ typical situations you experienced and have automatic responses due to you having associated certain responses and outcomes with certain cues and triggers.

Example: you hear raised voices and your body tenses and maybe you get a whoosh of thoughts and then you try to make yourself ‘invisible’ so that you don’t get drawn into things or maybe you try to be a peacemaker. You now assume that if A happens then B probably will and that you will then get C and then you assume that this is what happens for any and all situations where you feel/see/hear similar.

Continuing the role in adulthood means that you’re using a customised role designed for your childhood as a default role for the world at large – you expect ‘everyone’ to behave and think as you’ve come to expect and assume that you must continue to think, see, and act in the same way and try to be the exception to the rule. The role of course bears no relevance… unless you’re around similar people…

Shedding this role can be like staying in a job you hate – it can seem easier to hold on to the role you’ve adopted or even had imposed upon you because it’s what you know and fits around your belief system whereas shedding it would mean change; lots of it.

The trouble with any default role is that it locks you off from discovery, due dilligence, experience and having an active response – being assertive. You end up doing lots of unnecessary stuff and it essentially makes no difference who is in front of you or what situation you’re in because you treat everything the same and expect similar outcomes. 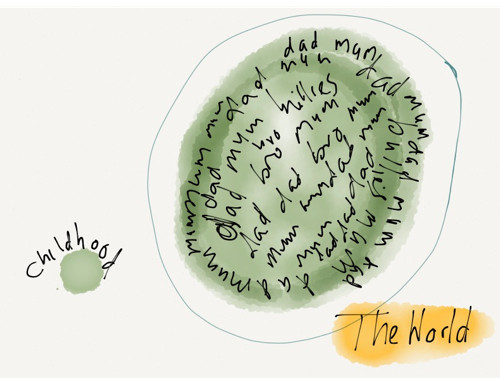 The world isn’t a giant-sized version of your childhood. It wasn’t a dress rehearsal so your past doesn’t have to be your present or your future. When you treat certain people like they’re templates for ‘everyone’, you’re assuming that they were ‘right’ and like every word that came out of their mouth was the gospel truth. It’s as if they’ve still got the keys to drive your life and play your soundtrack. If you weren’t treated as the valuable, worthwhile human being that you are, they weren’t “right” so stop agreeing with these people.

One of the things I worked out when I embarked on this journey of changing my life was that I only had to continue feeling, acting and appearing the same way if I kept choosing similar situations and people and of course kept doing what I’d always done. Sure it was comfortable in the sense that I could do, think and be this stuff with my eyes closed and little real thinking and conscious action but it would just lead to more of the same. I couldn’t take anymore.

Sure I’ve met people like some from my childhood but it’s funny how I’ve met less of them since I’ve dealt with what I can control – me. My default role wasn’t working for me plus there is no romantic relationship, friendship, work relationship etc, that could fill any voids created by my parents or anyone else from my childhood. Even they couldn’t fill these – my self-esteem is mine to fill and my childhood is done.

You can let your past be your past when you don’t keep introducing replica figurines from it into your present. As long as you take the blame for stuff from your childhood, you have yet to learn and are still treating you like you deserve less than love, care, trust and respect. Other people’s inadequacies aren’t a reflection of your own inadequacies. The more time you spend trying to fix a past that’s already happened is the less time and energy you have to face forward and live your own life. You have the power and control for your own life – use it.

You're just not *that* intimate: No boundaries, no intimacy
Drama Seekers: It's time to get off the relationship crack
Podcast Ep. 125: Tidying Up Emotional Baggage
Share this...