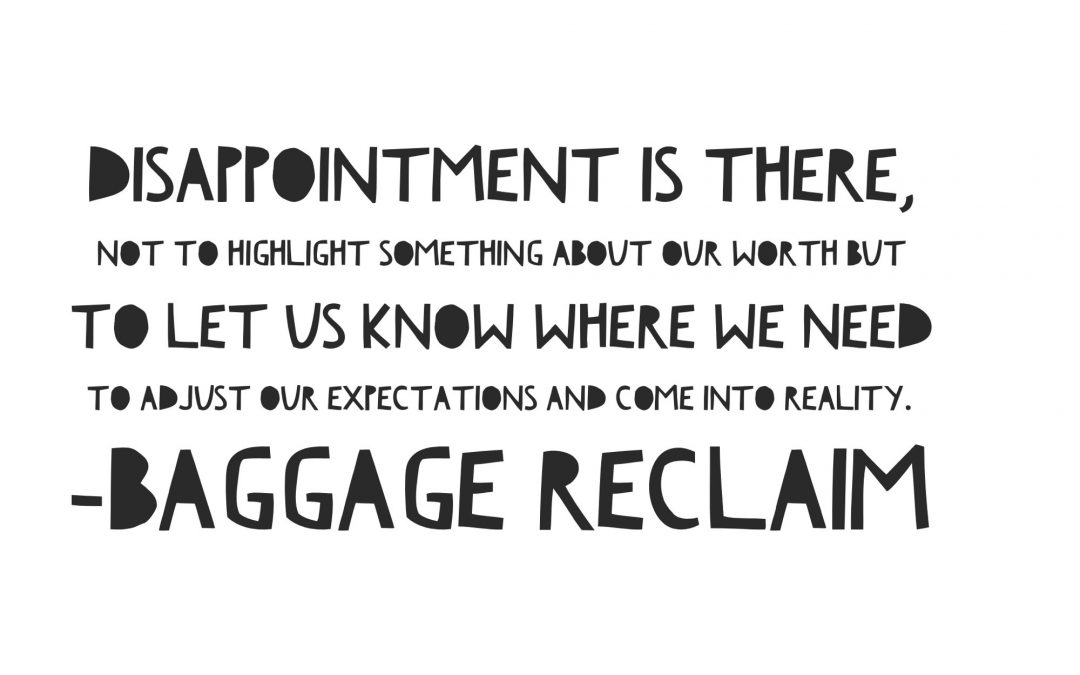 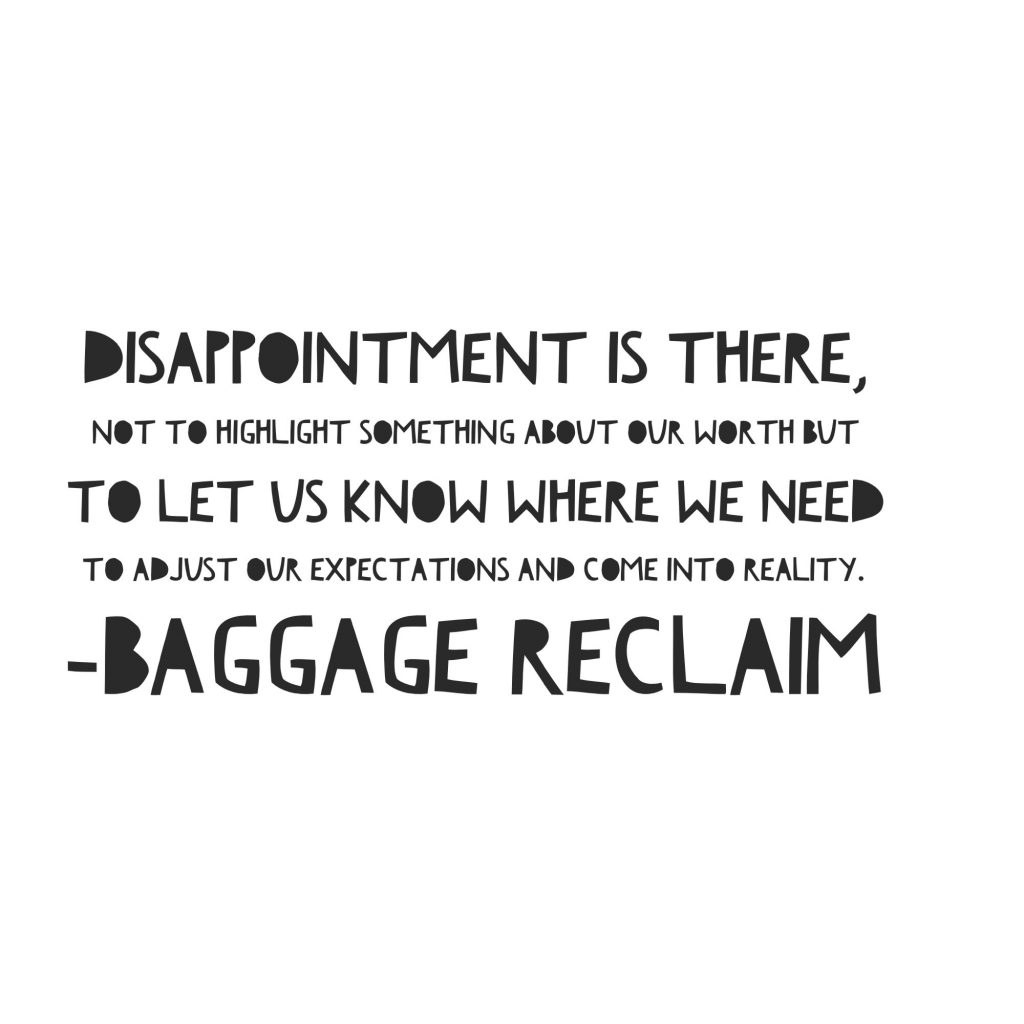 When we’re confronted with the realisation that our partner has done a  U-turn on previously expressed feelings and plans, it’s understandable  to feel horribly confused, disappointed, and more than a tad wounded. We may decide that it’s our fault and that something about us is unpalatable and rejectionable. We often jump to the conclusion that people don’t talk about their feelings or make plans with you unless they mean it, and then convince ourselves that we’ve provoked their current attitude and behaviour.

As an initial reaction, making it about us is to be expected. It’s our egos doing the talking and we subconsciously run through our mental Roladex of other unsavoury associations that we have with feeling less than, or being rejected, hurt, or disappointed, and end up reliving that pain. As an ongoing response or a typical habit, it’s dangerous.

If we don’t get conscious, aware, and present, and discern what’s going on, we make dodgy decisions and adjust our thinking and behaviour to accommodate the self-judgement. We try to influence and control their feelings and behaviour with people pleasing so that we get a rejection retraction and the preferred ending.

We are not going to solve a damn thing by taking ownership of their feelings and behaviour. It will muddy the waters even further – we won’t know where we end and they begin. It also sets a precedence that’s difficult to recover from if it’s not nipped in the bud. How is a remotely healthy relationship going to blossom, if each time we encounter problems and disappointment, we disappear into the past and lose ourselves? They also don’t end up having to account for the fact that they haven’t come up with the actions to go with the words; they’re sheltered from reality.

A U-turn in our relationship is an alarm bell symptom telling us to have an honest conversation with this person and to also check in with us and get grounded.

Once we decide to get into a relationship even when we know that we have certain things that we need to address, we must double our efforts to deal with that stuff rather than hoping that the other party will take it away or even anesthetise it. If they’ve done a U-turn and it’s not because they’re 10.8 on the Future Faker Richter scale with a penchant for pressing the reset button and instead, they’ve gotten carried away (possibly by their own hopes, lust or libido) and spoken/acted first then thought later and backtracked, that’s something they need to face up to and address, especially if they’re hoping to continue a relationship with us.

We potentially have something to work with if they haven’t made themselves out to be something they’re not (or reality is better) and they’re also not blaming their jitters and overestimating on us.

If they lack the self-awareness, they may end up dumping stuff on us in an effort to avoid feelings and thoughts, and that’s not fair. A person who can own up and make a concerted effort to address the issue makes for a better relationship co-pilot than somebody who is expecting us to, for example – make up for the fact that they had issues in a relationship with someone else.

We also need to acknowledge where we may have denied, rationalised and minimised any concerns, and if we’ve been swept up in being fast forwarded, we need to acknowledge our part in it because then, if we’re going to work at things, rather than going along  with their speed to keep the peace despite concerns, we take ownership of how we want to feel and think about the well-being of the relationship and the team spirit of that, rather than being a passenger who doesn’t want to upset the driver. We then know that we have to go slower and become more mindful and be assertive in the relationship, and this way we know that we can trust ourselves and also get a sense of whether we can trust them.

We mustn’t hide away from the issue (or pretend the U-turn isn’t a U-turn) because we need to know where we stand.

If [their behaviour] is about fear, or miscommunication stemming from not knowing how to handle conflict or criticism, or it’s about the past, we can’t know whether there’s something to work with if we jump to conclusions and make it all about some ongoing narrative where we paint ourselves as an unworthy eff-up who always gets found out. They need to communicate.

We can’t be the relationship tutor or Florence Nightingale, or even spend our time trying to decipher what the hell is going on.

We might be scared. We possibly have our own conflict, criticism, or whatever issues but it doesn’t mean that we’re excused from being conscientious or from having to show up in our relationships. We can be empathetic but we also need to know our line. We matter too.

If they’re not cut out for anything beyond the beginning or for coming up with the deeds to match the talk, it’s better that we know sooner rather than later.

Disappointment is there, not to highlight something about our worth but to let us know where we need to adjust our expectations and come into reality. It lets us know what is and isn’t possible in that specific instance or in that type of situation. Of course it hurts but it also gives us a place to work from, something that denial and other forms of BS-ng ourselves don’t.

So, where do you go from a U-turn?

Step up for you. The thing that we often find difficult to deal with is not about having tried or spoken up, but about having remained silent or inactive despite knowing at the time that there were niggling or even glaring concerns. Don’t just focus on what they need to do and trying to get them to change or adapt in order to make you feel better because you will end up being passive. Know your line, make sure that you have other things going on in your life and that you haven’t sacked off all of your friends, family or interests in order to get into this involvement or to focus on saving it.

Whatever it is that you’re expecting from them is also what you need to expect from you. If you want them to be vulnerable or to communicate, you do too. Often in these situations, because one person starts acting funny, the other person does it too and of course that just makes an already tricky situation much trickier. Know your line. Be authentic. Don’t play games. It’s better to let go of the relationship than let go of you.

Let go of the picture you and they have painted in your mind and come into reality. These situations put one or both of you on a pedestal and it’s hard to keep up with a fast forwarding pace. Take the U-turn as a warning to spend a bit more time getting to know each other and/or that you each need to learn the language of your relationship, so understanding each other’s position and how you each relate in certain situations, not so that you can pander to each other but so that learn how to work as a team and get the best out of each other.

Know when to fold. If it’s very early on in the proceedings, painful as it may be to acknowledge, they may have expressed certain sentiments and plans without the sincerity and reality to back it up. If this is a back and forth that’s been going on for some time, end the cycle before you throw up your life from too much riding of the rollercoaster of U-turns.  Don’t let chasing return on investment blind you to a more pressing concern – that you’re in something that’s not working.

Less big, more small. U-turns often result from trying to supersize relationship efforts with words. This creates unrealistic expectations and internal panic. They’ve over-egged it. How about they focus on the less showy stuff and being present as opposed to rushing along? Some of these ‘big shows’ are a means of avoiding being vulnerable with the emotional stuff and truly showing up.

And let me repeat: Don’t make it all about you. Stop blaming you and don’t turn you into a performing seal trying to earn their devotion. You matter.

Advice Wednesday: I Tried To Escape My Grief With An Affair--What Do I Do Now?
Dating Doesn't Equal Relationship! It's a Discovery Phase Not a Relationship Guarantee
It's Most Definitely Not Your Job to Make a Romantic Partner Commit