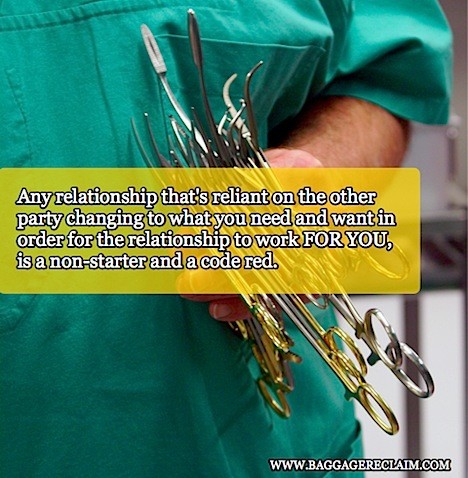 I think it’s safe to say that everyone understands what the term “being on the rebound” means and yet time after time, many of us dare to go where we’ve already gone before and had our fingers and hearts burned, and we inflate our emotional airbags and be the “Buffer” to a rebounder. We allow ourselves to be used, whether its consciously or unconsciously, as a soft, comfortable landing for someone who is still emotionally and possibly even still legally attached to their previous relationship. What we don’t realise is that when we’re buffering, we’re actually providing a refuge for their ‘recovery’. Or we may just be helping them to remain shut off from feelings and thoughts that they’re trying to avoid.

We hope to be the exception, we hope that they’ll forget about whoever it is because, why are they still loving them when we’re right here ready to love them? We feel rejected when they don’t forget about the person they hadn’t forgotten about when we first met them and we feel even more wounded if after the breakup, they move on all ‘healed’ to a new relationship.

When this happens, it’s like you’re “the bridge” – you provide safe passage for the rebounder as they struggle emotionally and possibly physically and spiritually with the fallout from their previous relationship. When they get to the other side, they often disconnect the bridge and leave you behind, or… start scoping out other options while keeping one foot on the bridge in the meantime.

Ever been with someone who you were attracted to with their assclown or unavailable ways but were expecting them to change their character or retain what attracted you but be available? Fond of ‘florencing’, which is where you tend to be in relationships where you think you’re the solution to their problems and they’re your purpose for your fixing / healing / helping ways? If you have, you’ve likely ended up being “the bridge” there too.

When they don’t reward you with the relationship or the character that you expected, you feel disappointed, rejected, angry and even misled. You may not realise it, but being a “Buffer” or a “Florence” is passive and passive aggressive behaviour where you’ve used a mix of suppressing your own needs, expectations and people pleasing (being indispensable, the fixing / healing / helping, the seeking approval, the being super-understanding, super-accomodating and relaxing your boundaries, possibly by switching off your electric fence altogether) to assert a hidden agenda which is, you do all of this, and in return they love you and give you the relationship that you want.

Any relationship that’s reliant on the other party changing to what you need and want in order for the relationship to work for you, is a non-starter and a code red.

It’s strange that so many of us struggle with criticism, conflict, rejection and disappointment and yet we don’t realise that when we don’t accept who someone is, even if it means that we have to judge ourselves out of the situation because there’s a conflict of core values, we are rejecting who that person is.

But here’s the thing: Whether you’re an emotional airbag or a nurse tending to your ‘patient’, unless someone has major issues and wants to take cover under the airbag or remain as a patient, they’ll want to leave the retreat, ‘rehab’ or ‘hospital’.

Aside from how emotionally debilitating it is to be in a rebound relationship living with the ghost of the previous relationship, whether it’s the effects of it or the imprint of this person who may even still be lingering in their lives, it’s not your job to make a person who is unavailable due to not being over their ex, available. That.is.their.job. If you participate in this hot mess, not only will you compromise you greatly and put you in the position of ‘campaigning’, but you’ll basically nurse them out of unavailability and prime them for their next relationship. Either that or you’ll nurse them until it becomes clear that you want them to be available and then they’ll move on to the next Buffer and keep moving until one day they emotionally implode.

Equally, you’d be better off fixing / healing / helping you instead of avoiding facing your own issues and using ‘potential’ as a way to seek validation in your attempts to right the wrongs of your past. I guarantee you if you continue down this path, you will wind up in a lot more pain than you would have done if you’d taken the personal responsibility that you already have for your own emotional wellbeing.

Trying to get an external party to right the wrongs of a past that they had nothing to do with or to mend your internal issues is like trying to stick in a liver for a heart transplant.

There’s no point in acting like someone’s emotional retreat, hospital or rehab because no matter how good the ‘service’, ‘bedding’, or ‘environment’ is, most people want to leave at some point. They want to stand on their own two feet and get back to life. You really want to be in a relationship because it’s mutual and you want to be there, not because you feel guilty and like you ‘owe’ one because of everything the other party has put up with. I would especially caution you if you Florence, because often what happens is that the person wants to distance themselves from anything and anyone that reminds them of the “old them” and have a fresh start whether it’s to form new healthy habits, or to press reset with someone else…

Some people overestimate their capacity for a relationship and once you realise that they’re on the rebound (steer clear of anyone who is fresh out of a breakup no matter how confident they sound), you have to do the right thing for you because many are very good at convincing themselves and you and then next thing it’s “I can’t give you what you want. I’m not ready for a relationship yet.” Better for it to be a ‘short stay’ than a long one that crushes your self-esteem.

As for Florencing, you’d be better off channeling your energy into you and helping out with shelters and charities than you would be using romantic relationships as a source of healing and self-esteem. Aside from the fact that self-esteem has the word ‘self’ in it for a reason, you’ll likely wind up on your own emotional stretcher.

You can read more about Buffers and Florence Nightingales in my book Mr Unavailable and the Fallback Girl.

'Why am I with an emotionally unavailable person?' Identify who you're competing with
Knowing If You Feel Good In New Relationships Part One
Am I Single Because I'm Picky?