Am I Involved With an Assclown? How To Spot Someone Who Means You & the Relationship No Good 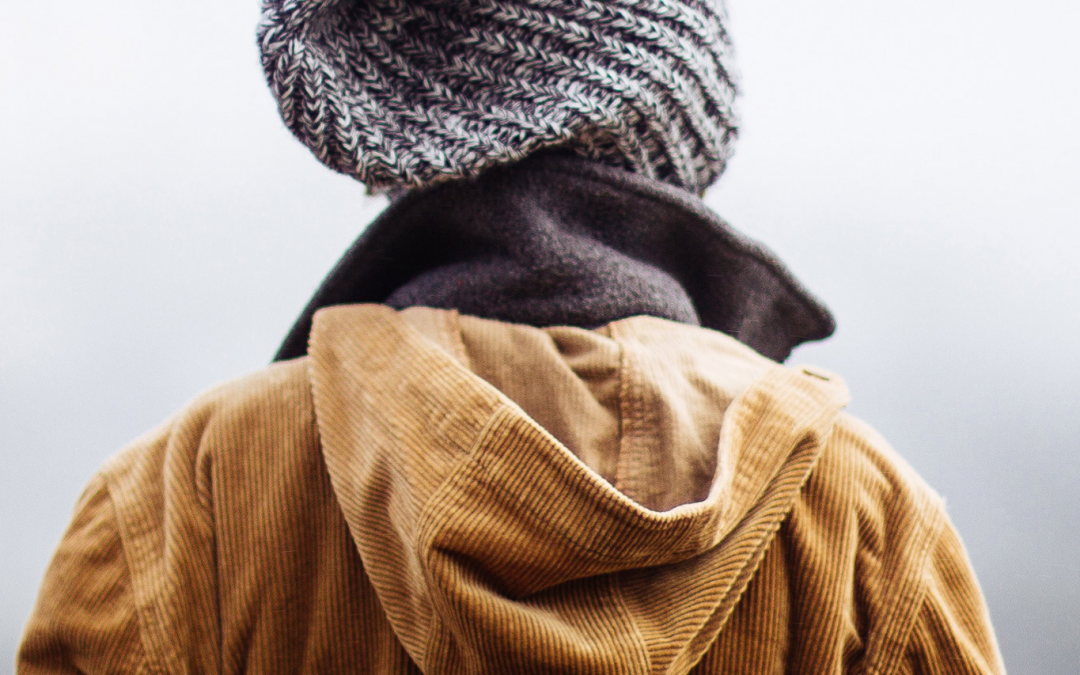 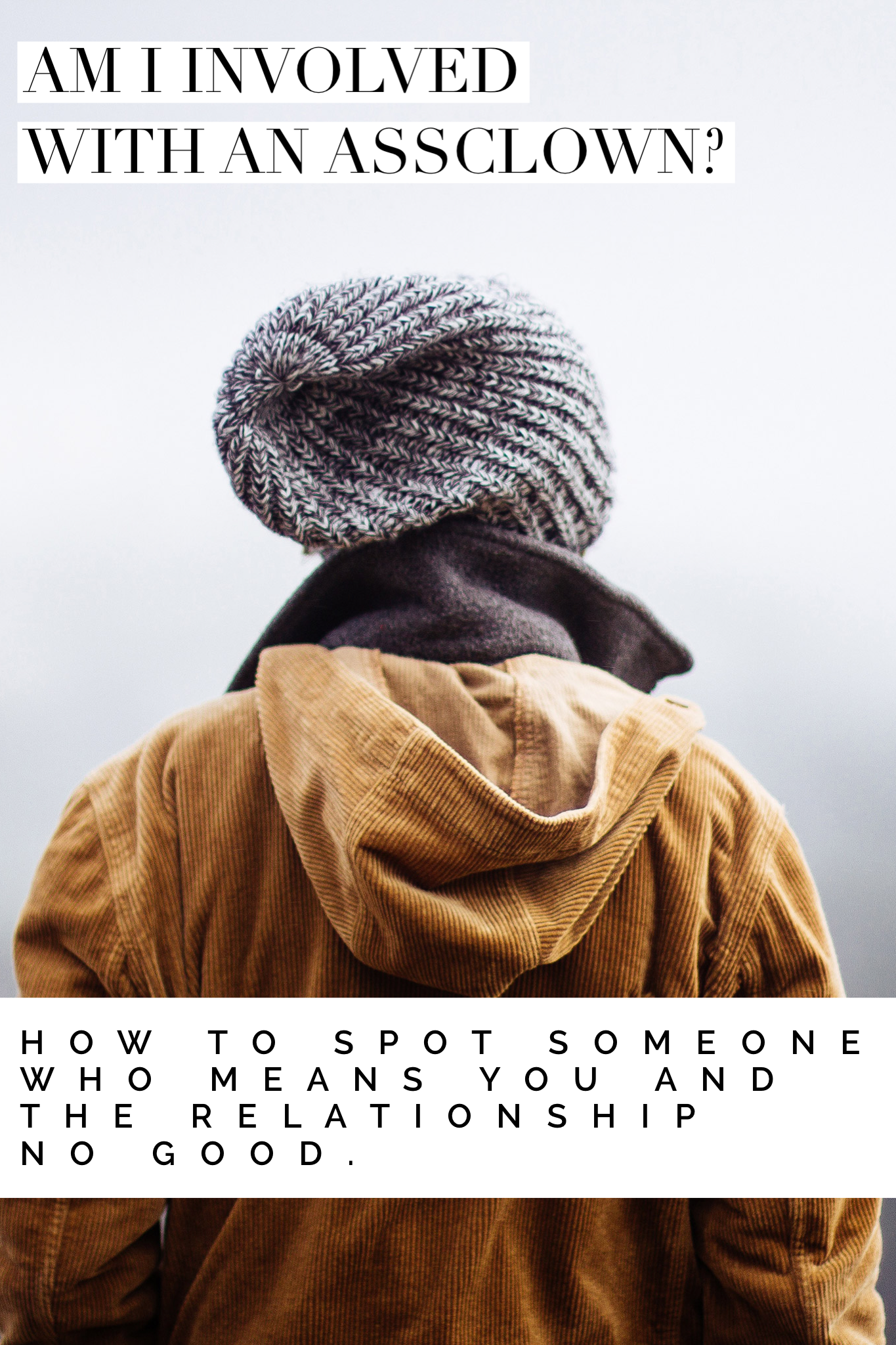 An assclown is someone that deliberately and consistently goes out of their way to treat you without love, care, trust and respect. They add little or no value to the relationship and the cost to you of being with him/her is often your self-esteem, your well-being, and in some instances, your career, family, friends, finances and more.

They only have one foot or possibly even a toe in the relationship, or even nothing at all, and they knowingly (even if they deny it) mess you around and enjoy the fringe benefits of being with you (ego stroking, sex, a reliable shoulder to lean on, money etc) even though they don’t actually want you or have no intentions of ever giving you the relationship that you want. Often mixed in with Mr / Miss Unavailables, while some unavailable folk are super shady because they actively and knowingly seek to mistreat, exploit, and abuse people they’re involved with, not all unavailable people are assclowns, especially because their ‘fallback’ counterpart (the person they’re involved with) is also emotionally unavailable.

All assclowns are emotionally unavailable, are narcissistic or certainly have narcissistic tendencies, in some instances are sociopaths, but whatever label you might want to put in psychiatric terms, bottom line is that they don’t mean you any good, regardless of how charming they can be at times, and they veer between, at best, being users and at worst, being very dangerous.

You know they’re an assclown when they rely on The Outrageous Principle and busting your boundaries – They’ll take a chance and ask or do the most ridiculous thing to test to see what they can get away with, and with your little or no boundaries, taking this risk often pays off. They’re always trying to push the boundaries and have little or no respect for any that you enforce. Basically if you have boundaries, a relationship with an assclown cannot and will not work (you are unlikely to give them the time of day in the first place or for very long), because they on do things on their terms.

You know they’re an assclown when they have an ‘I’m Not That Bad’ attitude and outlook – They’ll often compare what he/she deems to be worse to cast themselves in a better light and won’t consider something to be bad if they don’t think that there’s been a tangible and severe enough consequence, i.e. what would typically be the natural consequence of mistreating someone – that person not having anything to do with them anymore. They’ll believe that they’re ‘not that bad’ if they believe that you don’t know the true extent of their dubious actions plus, coupled with his/her selective memory (see below with The Reset Button), they see themselves in a near glowing light anyway. They then back up their ‘I’m not that bad’ attitude by justifying it with ridiculous utterings (see below).

You know they’re an assclown when they liberally press The Reset Button – They possess a special ability to reset the relationship to whatever point that he/she feels most comfortable with, which is effectively like erasing the past. This is how they breeze their way back into various exes lives, disappearing for long enough and then bamboozling his/her way back in and trying to force out the memory of their misdemeanours. You’ll either remember them but be so fricking relieved to have him/her back and feel like you’ve ‘won’ that you go along with their brainwash or you’ll try to reason with them and explain your point of view about past events and they react negatively, effectively teaching you (see below with passive aggression) that if you ‘remember’, they’ll be offski and/or difficult to deal with.

You know they’re an assclown when they shed Crocodile Tears – He/she uses tears with little or no sincerity in them that are used to get what they want. These are often mistaken for evidence of emotion, or remorse. Unfortunately it fits in well with pressing The Reset Button and shifting the focus off their bad behaviour or the impact on you.

You know they’re an assclown when they use The Drip-feed move – Instead of being upfront and giving you all of the information, he/she makes the private decision to only tell you what they think you can handle at that time. Then it’s drip…drip…drip. Unfortunately for you, if you’re an eager listener willing to believe they’re reformed or that they’re keen to be honest, you’ll take their latest drip as the truth and then become unseated when it turns out that you’re basing your relationship on another half-truth. You are very likely to be caught out by this if you’re in denial about who they really are and don’t want to let go of your illusions.

You know they’re an assclown when they engage in Future Faking – Letting you think that there’s a future so that he/she can get what they need in the present, you’ll be spun tales, taken on whirlwind rides where they promise the sun, moon and the stars, be told that they want to have babies, get engaged, get married, buy a house, and may even show pony you around to friends and family, and then shazam, the future’s not so bright. When you call them on their rinky-dink behaviour, they look at you blankly, say you misunderstood, say that you didn’t meet his/her standards, or claim that they just need ‘time’ or that it turns out that they’re not over their ex, or even worse, they’ve been shagging someone else the whole time while they’ve been spinning tales. You’re very likely to be caught out by this if you buy into the fairy tale illusion and don’t think it’s very odd when a someone you hardly know is making grandiose promises and gestures that start to dwindle sharply. In fact, you don’t find it odd when someone wants to fast forward you through the initial stage of the relationship.

You know they’re an assclown when they amend the ‘terms and conditions’ of the relationship – Constantly switching the goalposts after luring you in on a temporary deal where you probably didn’t read the small print, little do you realise that they’re mentally tweaking up the ‘agreement’ with every boundary busting move they can manage. Tied in with their future faking, they reserve the right to withdraw the offer at any time or to roll out a different deal and if you want to be with him/her, it’s their way, or no way.

You know they’re an assclown when they do the ‘Showing You The Door’ act – Dumping you to gain power and control, or giving you periodical ‘opt-outs’ – ‘If you don’t like how I roll, you know where the door is….’. They use insecurity and fear and the prospect of telling you to beat it, to keep you in check. You’ll fall foul of this especially if you ‘cry wolf’ and engage in Women Who Talk (and Think) Too Much syndrome because they’ll realise that you’re crying and talking/complaining, but not going anywhere, and so recognises that the threat of him/her going or them disappearing after you voice any opposition, will create maximum impact, possibly even silencing you.

You know they’re an assclown when you get caught up in their passive aggression – Despite appearing to be on board, they obstruct and undermine through resistance that let’s him/her do as they always intended. As an example they’ll agree to go somewhere with you and to pick you up at a certain time. You hear nothing from them on the day and an hour after they’re due to show up, they say they’ve got problems at work and will be there soon. You wait. They call throughout the evening and then say that they’ll be there about 10 minutes before the event is due to finish… It’s the same when they say, ‘Of course I’ll be faithful’, and then they continue shagging around behind your back, or they claim that they’ll move in and then come up with every obstructive move possible. If you don’t get wise to this very quickly and keep buying into their lies, you will be stuck in The Disappointment Cycle.

You know they’re an assclown when they rely on The Status Quo – A behaviour that’s also seen with Mr/Miss Unavailables, assclowns also try to keep the relationship in their own comfort zone by blowing hot and cold and managing down your expectations. What separates an assclown from someone who is unavailable but not shady, is that they have lots of other dodgy or downright outrageous behaviour that they’re doing while managing down your expectations.

Check out my post on how to spot emotionally unavailable men

Self-Esteem: It's Not All About Your Childhood - It's About How *You* Feel About You & Whether You I...
Don't explain someone's disrespectful behaviour to them
Relationship Advice: I want to confront the Other Woman and thump her! How do I deal with my anger?