Did they just do a U-turn? When a person overestimates their level of interest or capacity for commitment 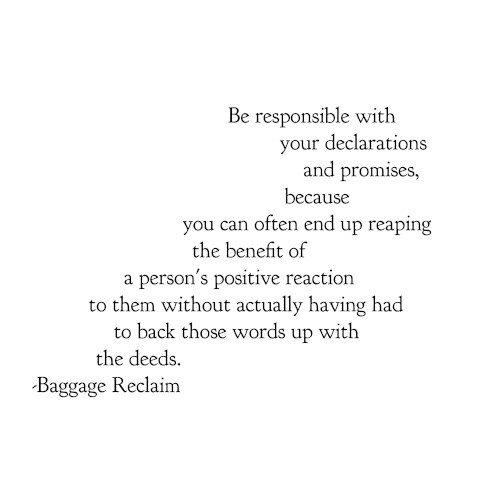 When we’re not boundaried with our time and we tell people what we think that they want to hear, we can end up overcommitted, over-scheduled, and overwhelmed. It’s a time management issue stemming from people pleasing – a mix of relieving tension (even if it’s due to our overactive imagination or being triggered), along with wanting to make others feel good, plus attempting to control their opinion of us. Flip that habit over to dating and relationships and there are some clues about why somebody may do a U-turn on declared feelings and intentions.

Sometimes a person overestimates their level of interest or capacity to commit.

When we’re on the receiving end of this and the big claims and promises don’t prove to be true, we feel damn bloody upset (and rightly so), but it’s important as we traverse the complicated mix of emotions that these situations bring up, along with what can seem like a mental travelator of unpleasant thoughts mixed with bittersweet memories that make us ponder, What was real? What was fake? Am I fool?, that we don’t clobber ourselves for it not working out.

An expression of feelings (or plans) isn’t a contract. What we express and the level of understanding about that expression, represents our understanding at that time. A self-aware person has enough self-knowledge to express those feelings with intention, integrity, and awareness for follow-through. They don’t say things lightly or off the cuff. They know if they have those feelings because they’re for instance, falling for us, or whether part of what they’re feeling is about escaping something else or looking for us to be the solution to something internal.

Even though feelings and plans aren’t a contract – it’s not as if a person says that they like us and they’re contracted to do so forever – that doesn’t absolve each of us from being conscientious and responsible. This doesn’t mean taking ownership of other people’s feelings and behaviour and micro-managing ourselves, but it does mean not being reactive or running purely on feeling. It means considering the consequences and expectations that come with what we communicate to others.

Some people take a considered approach because while they’re not making any grand claims that this is exactly how they’re going to feel in 2050, they know themselves enough to know that what they feel is real, true, and sustainable, not just a momentary or short-term thing that will wane as soon as real life kicks in.

They’re also not hyping and selling.

When a person is, for example, cheating on their partner or spouse and making declarations to us and putting forward plans, they’re fantasising. They’re also selling the dysfunction. It’s better to say that they’re crazy about us (hence why they’re engaged in lying and deception) than it is to say that we’re a form of escape or an ‘upper’, or even somebody that anaesthetises them.

If someone lacks self-awareness and is looking to prompt feelings in others in order to gain validation or to even bask in the way that they’re being seen by that person, they’ll say things in the moment that don’t really reflect what they feel in the main or their ability to commit. As I said to someone the other day, “If you don’t want a relationship with him and are unable to commit, why are you telling him that you love him?” This is where a person can fall into the trap of using their feelings (and ego) to act as if they have a proprietary right to a person… even when they have nothing of substance to give.

They don’t realise that there needs to be the deeds to go along with the sentiments.

Some people overestimate their interest or capacity for commitment because they like how they look on us.  They might feel that saying all of this stuff is how you woo somebody and compete in this ‘market’ (read: dating). They don’t want to miss out. It’s similar to people who list a property as a three-bedroom when it’s a two-bedroom with a dining room.

Sometimes a person overestimates because they really want to believe, either because they’re very attracted to us and want to possess us and/or because they’ve been through tough times.

When it’s about possession, they mistake being out of control for love, and may also believe that in possessing us, that they will feel a certain way or that certain problems will disappear. When they don’t, rather than recognise the flawed thinking and deal with that, they say, that they haven’t found their perfect person yet.

When it’s about their past, we can inadvertently become a form of escape where they convince themselves that they’re ready, that they’re finally going to forget about the past, and as a result, they big themselves up or they go all out on the big ticket commitment items such as engagement or moving you in. Sometimes they’re pressured about their recovery time and sometimes they feel what may be pressure from their loved ones or are comparing themselves to others.

They move in haste so that they don’t have time to think or even fully feel what’s going on.

Then real life kicks in, possibly along with feelings of inadequacy and the realisation that they’re still afraid and affected by those things from the past that have held them back before. They worry about getting things wrong or things going wrong. It seems safer to sabotage and bring things to an underlying foregone conclusion (the self-fulfilling prophecy) or just straight up make a fast exit.


There’s often this unrealistic expectation that things have to be perfect just like at the beginning (when it’s new and both parties haven’t unfolded or had to truly follow through on commitment), and when reality bites, they panic.

I hear from so many people who are living with or engaged to somebody, or who were introduced to family or friends, or who went on holiday or whatever it was, only to suddenly find themselves left with the shell of the person they met or an empty hole where they their Road Runner-style exit, often hitting The Reset Button on the way.

It’s as if this person woke up one day, and maybe it was seeing their partner move things around in the house so that they could fit their stuff in and make it ‘theirs’ or maybe it was the first quarrel, but whatever it was, they’ve woken up and done the equivalent of thinking, Sh*t’s got real! What the hell have I done?

What do we do when we’re scared? We seize up. We start behaving unusually. It manifests itself in various ways even though we often think it’s hidden.

We love and we want to be loved and sometimes, our desire to feel connected, or to not feel pain that we haven’t quite dealt with and healed from yet, gets in the way of that. We say and do things that in retrospect, didn’t need to be said. We do things, not really to show and give our love to others but because we want to make some sort of point to ourselves or generate something from them, and when we do this, we end up hurting not loving. We are reckless with our choices and our words.

If you’ve been hurt by someone’s overestimating, it’s understandable to feel shaken and wary. This is why it’s vital not to go too fast or to be swept up because if they slam on the brakes, it’s a rather painful awakening. In these situations, you have to slow right down and gauge the situation – and that’s what I’m going to talk about in my next post.

Compromising your integrity causes you to feel unsafe
Podcast Ep. 222: They're just not that into you?
Relationship Amnesia - When you keep forgettting what's REALLY going on