Advice Wednesday: I Realised I Never Asked For What I Needed In My 5-Year Relationship & Want To Go Back 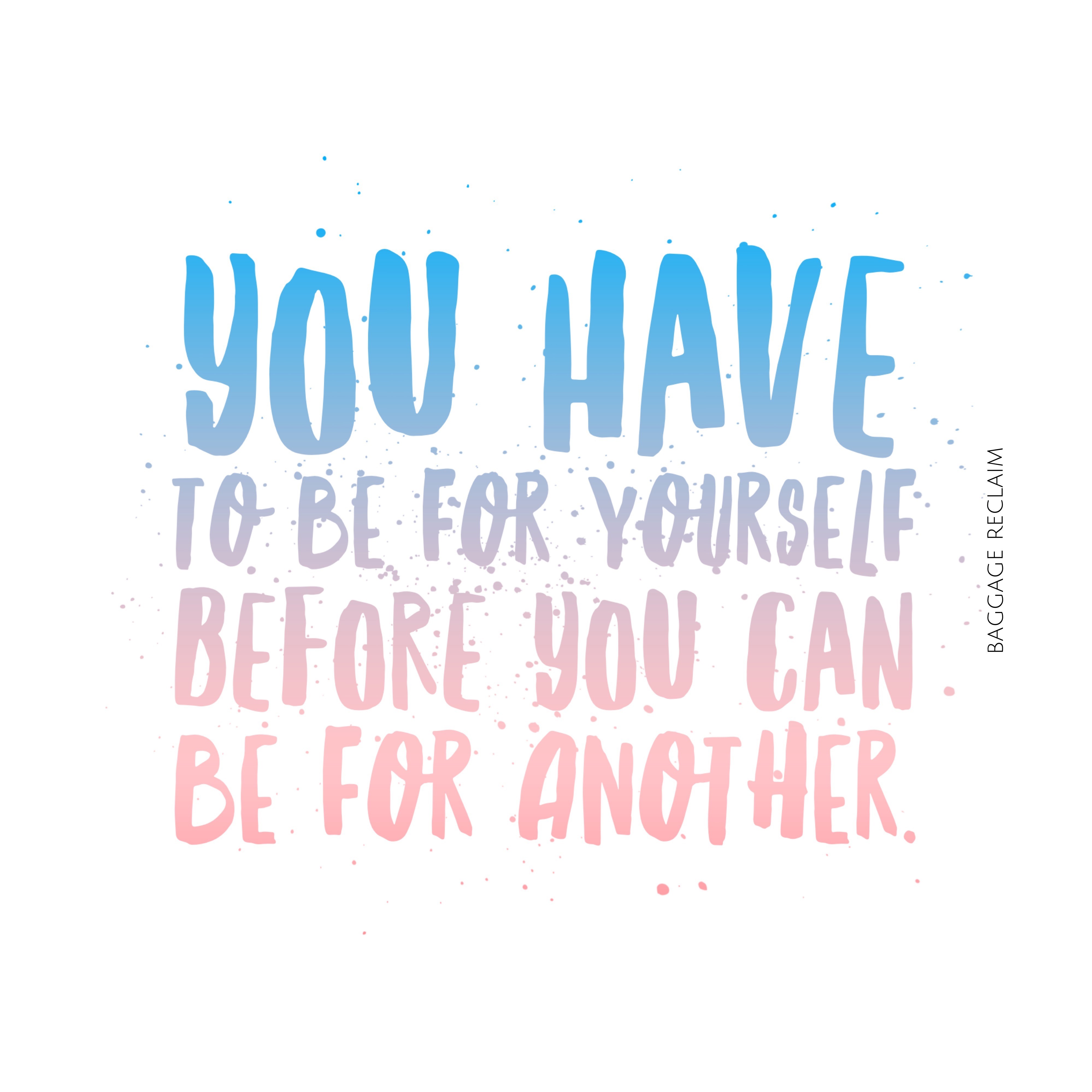 Bethany asks: I broke up with my boyfriend of 5 years just over a year ago. At the time, I thought that it was because I met someone else but after a short relationship with the new man and some serious self-reflection while single, I realised that it was because I never really asked for what I needed in the relationship. We had one big fight at the beginning which was definitely all my fault (long story short, the man before him dented my self-esteem and so I was pushing my boyfriend away) and because I felt guilty about this behaviour, I never liked to argue or confront him if I was unhappy with something in our relationship.

My ex would have given me everything I needed if I’d only known myself well enough to ask. We’ve both matured and I believe our breakup could make us better partners. I can’t get him out of my head. He is the first person I think of when I wake up and the last person I think of at night. I am constantly driven by a desire to be back with him but afraid of grovelling on my knees and being rejected. Is it even possible to make it work a second time round? If not, how on earth can I get over this? 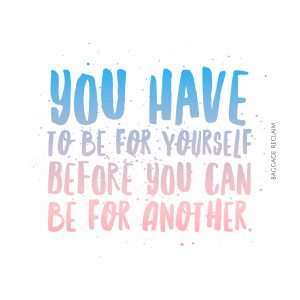 As humans, we have a habit of rewriting the past to suit a present-day narrative. When we’re self-critical and prone to being a blame absorber and something goes wrong, we misremember aspects of how things went down. Now that we know how things have turned out, we convince ourselves that we did XYZ and that the reason why the other person was or wasn’t being or doing ABC is because of us. We then work out what we think are the conditions for being OK and try to make it happen, or we beat ourselves up because we can’t turn back time.

How do you know that he would have given you everything you needed “if only” you’d asked him? Do you want to get back with your ex or do you have regrets about leaving a five-year relationship for something and someone that quickly didn’t work out?

Going through some serious self-reflection is no bad thing, in fact, if only more people would self-reflect to a more balanced perspective, there would be less chaos in dating and relationships.

That’s something that you can learn straight away: Whether you get back with your ex or not, what you’ve learned will make you a more emotionally available and engaging partner within your relationships.

Suppressing and repressing your true needs, expectations, desires, feelings and opinions to avoid conflict, criticism, rejection and disappointment (people pleasing) is very detrimental not just to your sense of self but to how you show up in your relationships and even to who you choose as a partner.

Conflict is a necessary part of life. We only truly experience intimacy when we can disagree and express our innermost feelings and thoughts even when they might not be ‘pretty’, opening up our awareness about each person’s perspective and allowing us to work together for resolution as well as to grow in self-awareness and self-knowledge, but conflict isn’t an automatic result of any and all expressions of needs, feelings, expectations, desires and opinions.

Consistently being authentic and showing up in the relationship represents our needs to ourselves as well as to our partners.

Feeling that you’d provoked the argument (possibly not over your previous ex at that point), the guilt prompted you to make a rule to avoid speaking up out of fear of what might come out and/or that you would alienate him. Unfortunately, this was a self-defeating activity because doing things out of guilt just creates more fear as well as resentment plus you were cut off from intimacy meaning that your relationship couldn’t really grow. You were making a rod for your own back by trying to influence and control his feelings and behaviour with people pleasing and hoping that this as well as him potentially reading your mind would solve the issues and make you feel better.

When we feel that our needs have been repeatedly ignored and/or inadequately met in the past, we on some level decide that it’s less painful to silence our needs than it is to express them and run the risk of it being unmet. Throw in a negative association with conflict, and there’s a recipe for pain right there.

It’s true that knowing yourself and being open to increasing that self-awareness and self-knowledge is an important part of being a mature, loving partner. Your suppression limited your connection to you which must have felt lonely a times in your relationship(s).

You have to be for yourself before you can be for another.

I don’t doubt you’ve matured but it’s unclear how you’ve determined that your ex has. You must honour the separateness–one of the mistakes people make post breakup is to assume that because they’re experiencing growth and insights that ipso facto the ex is too. He may have used his time out in a different way.

Get to a grounded place so that you don’t revive this relationship with unrealistic expectations. Write down examples of the needs you avoided expressing and issues that you avoided addressing (confronting an issue good, confronting people in a hostile and argumentative way, not so good): Were they issues that only existed because you hadn’t expressed a need or said that you didn’t like something, or were some of these symptomatic of something else?

View him as a real person who had his own contribution to the relationship. I don’t doubt that there’s aspects of each of your actions that are reactionary but if you don’t distinguish between your own baggage and his, and believe me, he does have his own, it won’t be long until you’re feeling very bruised and confused.

Has it ever occurred to you to ask how your ex managed to be in a relationship for five years and not think that it’s a tad strange that besides one big fight, his girlfriend never raised anything with him?

Let’s imagine that you had a fight within the first 90 days….there were at least another 1736 days where something surely must not have felt quite right to your ex!

Your boyfriend’s been pretty conflict avoidant too. That’s not to say that you don’t both stand to learn a lot from this relationship that will undoubtedly make you both better relationship partners if you each heed the lessons and take responsibility, but you do need to wake up to the fact that you are taking the blame for the entire relationship. You’ve overcompensated for the “one big fight” for the best part of six years.

I’m not asking you to villainise the guy, just to be truthful about the content of your relationship.

I don’t doubt that you love and care about him but distinguish these from obsessing. The latter not only distorts your perspective even further due to repeatedly retracing your steps and trying to control the uncontrollable, but it also allows you to do something else:

Delay having to take the next step and move forward. You might feel ‘safer’ going back than you do going forward.

Before you speak to your ex (no grovelling—desperation may communicate that you haven’t grown your self-esteem!), have a very honest conversation with you and ensure that the continued ‘reflection’ isn’t a way of protecting you from vulnerability and moving on. Thinking is great. Thinking as a substitute for action, not so great.

There’s only so much thinking you can do. The rest is vulnerability through action and expression. 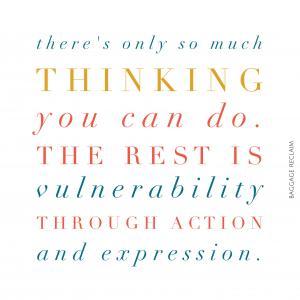 Be honest with you about the baggage behind your habits during this relationship so that you can be kinder to your younger self, understand what you were bringing in so that you have the awareness to differentiate between the past and present, and forgive you with healthy boundaries instead of being walled.

Relationships aren’t mistakes—they’re stepping stones where you get to shed the unhelpful baggage that you’re not aware is holding you back so that you’re ready for the relationship where you can be your best and evolving self.

There’s no point in returning to a relationship unless both parties are clear on what it was that broke the relationship and the issue no longer exists or it’s being mutually worked on.

If you go to your ex, explain what you’ve come to understand about yourself and what you realise that you need to do in your relationships and admit that you kept your silence about certain things (give a few examples but don’t throw in everything but the kitchen sink) and why, he has an opportunity to respond. Remember that if you’re as committed to your realisations as you say, expressing your truth is the next step otherwise how could you even get to being an honest person who expresses her needs in and out of a relationship?

If there isn’t a reconciliation, even though you will undoubtedly feel hurt and will have to grieve the loss of your hopes and expectations for this relationship and even the person you thought you would be in that relationship, you will finally have closure on not just him but your other exes too. You will, as you gain perspective and let go, not only have the opportunity to be that person you hoped to be anyway, but you will also know who you are and how you have to be in your future relationship because you know what you weren’t and what didn’t work for you. Either way, you begin to move forward.

Have you broken off a relationship for someone else only to realise that the new person was a mistake and to think that the ex is the one you’re meant to be with? What did you learn? What would you advice Bethany to do?

If you're always The Giver, others have to play the role of The Taker
Excerpt from The No Contact Rule: Getting Trapped By Your Own Feelings
Closure: How to Know When You're Ready to Move On
Share this...