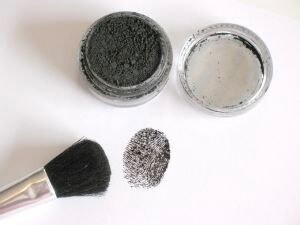 I’ve often talked about the fact that we’re inclined to talk and think too much when it comes to our relationships, whether we’re in one or out of it. When we’re ensconced in the relationship, we use discussing, and explaining, and thinking, and obsessing, and projecting, and agonising, and everything but the kitchen sink to stop ourselves from actually doing something.

When we’re out of the relationship, we obsess about what we coulda, woulda, should’ve done. Even when he’s moved on, on another emotional planet, or a complete and utter assclown, we then spend time obsessing, again to stop ourselves from moving on but also because we are looking for reasons to blame ourselves for the relationship ending.

Why? Because if we can find a reason that we can attach to ourselves and say ‘Bingo! It’s me!’ then we can convince ourselves that we have the reason for why things haven’t worked out, and the solution that can ‘fix’ our problems.

The thing is…despite of all this talking and obsessing, nothing really comes of it.

In fact, many of us become the equivalent of a crime scene investigator with a room overflowing with evidence of why the relationship didn’t work and more interestingly, why he’s not the right person for us. Instead of processing our ‘findings’ though, we often acknowledge what each individual piece means and then instead of piecing all of the evidence together, drawing a conclusion and closing our case, we opt to continue obsessing and keep hunting for more evidence.

The scary thing that that this can often reveal is that even though we have our own issues that need to be acknowledged and dealt with, a large part of the reason why we become trapped in obsessing is that we can’t find a concrete reason that we can latch onto and come up with a ‘fix’.

One woman I speak with has so much evidence and is doing exactly what I have just described and eventually she’s had to acknowledge that a huge part of her frustration and obsession is being caused by the fact that despite months of being in limbo and trying to hunt down clues and amassing a wealth of overriding evidence that shows not only that the relationship was doomed to fail and that he was an assclown, she still has not found a piece of evidence in all of this that she can leap on and claim as hers and fix.

Whatever her own issues are, everything that she has uncovered cannot disguise the fact that she was in a relationship with an emotionally unavailable man with a penchant for lies and exaggeration, that’s behaved like an assclown, moved on whilst he was still in the relationship, and who got a kick out of taking chips out of her self-esteem.

This is what it is like for every woman who gets involved with a Mr Unavailable or an assclown – you cannot make it your job to save them, or fix, heal, or help them.

You can’t place yourself in the centre of their disconnected universe and decide that you are the source of the problem (it’s something I’ve done that’s making him this way) or that you’re the solution (he just needs the love of a good woman like me and if I can just get him to see that that’s me…).

It’s not all about you – it’s often about them and you’re assuming the reins for things that are beyond your control and that you wouldn’t want to fix, heal, or help if you had healthier ideas about yourself, love, and relationships.

As I’ve said before, if you spend the great majority of your time and brain energy talking and thinking, you are a person of inaction. You’ll be able to recognise that you are when you look back on all of the discussions, explaining, defining the relationship talks, arguments, pleadings, thinking, thinking, and more thinking and realise that nothing has really changed. You’ve become someone who not only talks and thinks a good game, but is in danger of mirroring some of the very behaviour from the men in your relationships. We can’t lament their lack of inaction if we’re not prepared to unmask and let go of our own inaction.

We use talking and thinking too much to mask our true inaction because if we put ourselves in the position of actually doing something we would have to deal with confronting uncomfortable things about ourselves and/or be in the driving seat of our own lives rather than place the responsibility on someone else.

What we don’t realise is that even if we do place the responsibility for our happiness (or misery) on someone else, it doesn’t change the fact that we’re still responsible for us.

Quite frankly, you can think all you want to think about him but it’s not going to change anything and the scary thing is that one day you wake up and realise that life for you, has come to a standstill whilst you’ve wallowed in your pain, overthinking, and indecision, and he’s off living his life.

If you profess that you want to be personally happy and to be in a positive relationship with someone, you have to realise that you must process your relationship – that’s acknowledge the good, the bad, and the ugly, grieve it, let go and move on.

How much evidence are you sitting on? How about weighing it up, processing it, and drawing a conclusion so that you can give yourself closure? How about putting yourself in the position of having to either do something, or stop talking and thinking?

Is it love? Or is it fear, drama and pain?
That Nagging Voice: The Danger of Internal Negative Messaging
Quiz: How much of a Blame Absorber are you in relationships?