Forget this hinting malarkey. I’m going all the way. 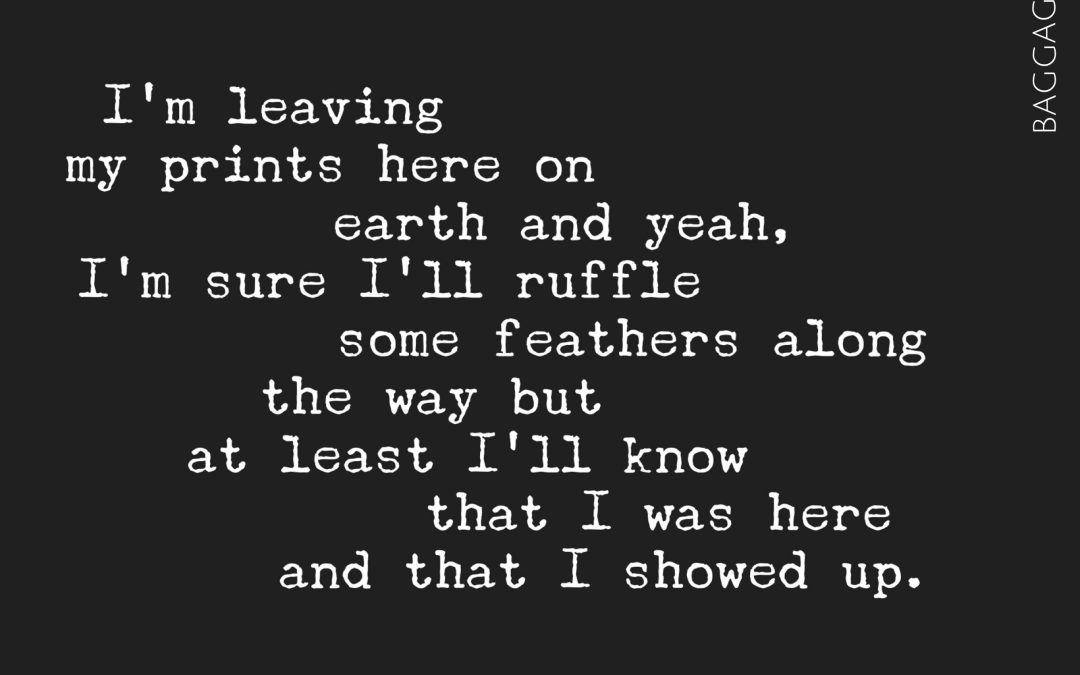 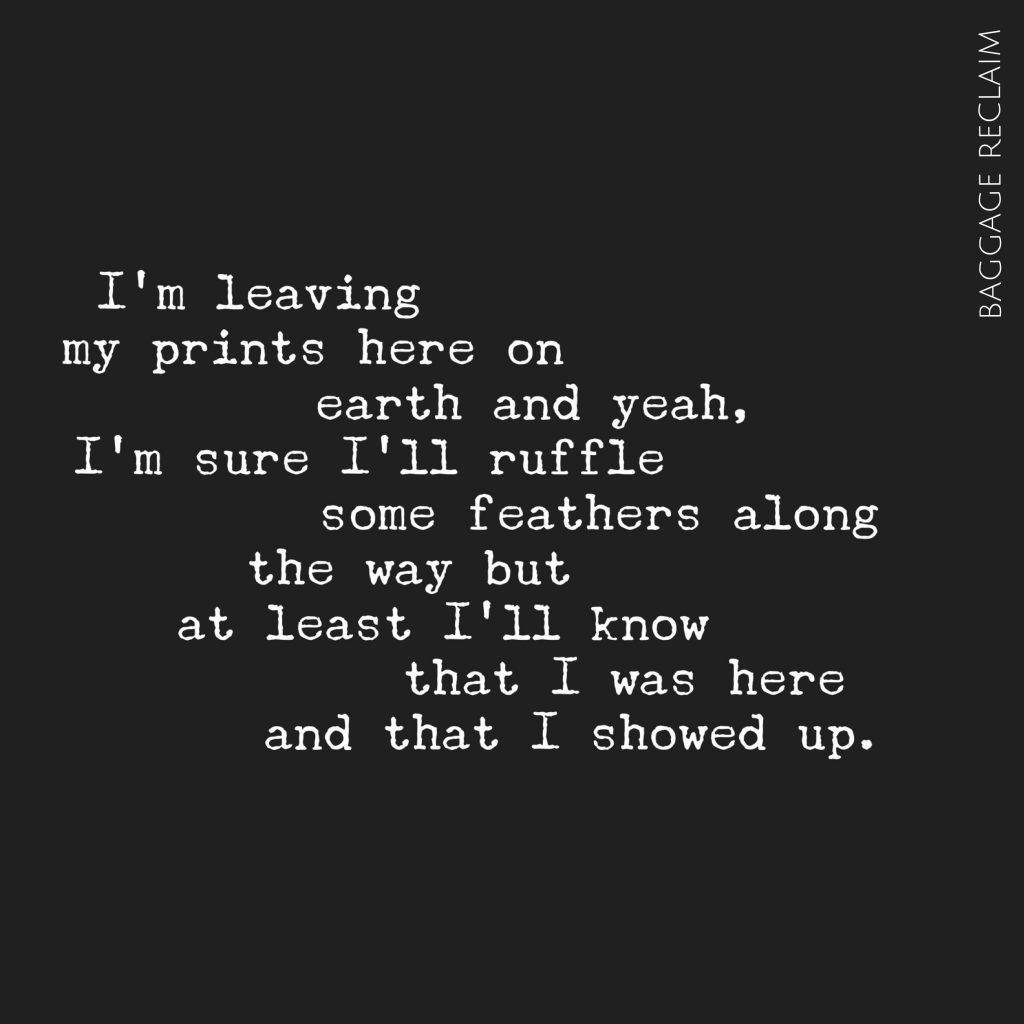 I turned thirty-eight last week and while there are many takeaways from what was actually an emotionally tough but very much necessary year—and I’ll be sharing these in another post—one thing that I won’t be doing is stopping short of expressing what I truly feel or think on the basis of “not hurting people’s feelings”.

There are people in this world who could stand to be more conscientious and truly empathise but it’s safe to say that there are some of us who really need to get grounded and own our own and let others own theirs. We can still be conscientious and empathetic but we must not take ownership of other people’s feelings and behaviour and duck out of stepping up and showing up, on the basis that the person in question might not like the way that we’re doing it or might not like our response to their boundary crossing behaviour.

It’s my nature (and my calling) to look underneath the hood of human behaviour and to increase self-knowledge and self-awareness and so I look for the patterns and where I can tweak and adapt, not because I think it will “control the uncontrollable (it won’t) but because I have no desire to be be stuck in my own Groundhog Day.

It is OK for me (and you) to express feelings and opinions that are not all hearts, flowers and My Little Pony vibes. We have a range of emotions to draw on and each one provides clues as to how to take care of us and repeated ones give indications about our inner state.

It is OK for us to not always be able to articulate our feelings and opinions. It matters that we try, try and try again.

It is OK for us to not like being around somebody or what they represent. The sky won’t fall down. Move along. Don’t make it your vocation to try and find a “good point” so that you can be The Good Person or to try to change them. Respect the differences.

“Yes, it is OK for us to consider the feelings of others and to consider the impact of our actions but what isn’t OK is for us to bullshit ourselves about why we’re doing this and to end up doing all manner of self-destructive stuff in an effort to ‘spare’ others from us.

Be conscientious by living your life authentically. If you keep shying away from the business of being you, you are the one who has to live with the consequences and these are far bigger than any short-term discomfort and tension from showing, speaking, or stepping up.

Any person who cannot cope with you coming from a place of love, care, trust, and respect, will shuffle along. It clears the way for people who are in alignment with the way that you conduct yourself.

Remember that you can still be a loving, good, kind, positive person and express feelings and opinions that you’ve typically labelled as negative. It’s called being human and not living so much of your life in fear. You can be direct and conscientious rather than being so achingly conscious of not wanting to be vulnerable and say the “wrong thing” that you don’t really say anything at all. That’s called hinting— a slight or indirect suggestion or indication of something because you don’t want to be explicit in your communication for fear of embarrassment or negative consequences.

I’m never mad at me for being brave. Whenever I’ve been angry about hinting-related stuff, it’s because on some level I’d balked at going “all the way”. I’d known what I truly felt or thought (or I’d had a damn good idea of what the other person was saying or indicating), but struggled to find the courage to address it. Time after time, that’s what many BR stories have an underlying theme of – this sense of frustration that comes from knowing what needs to be said or done but being too scared at the time and feeling regretful.

Thirty-seven was when I learned that I have to go all the way and thirty-eight and beyond will be my continued execution of that.

I hinted at my upset with our ex-landlords, then I hinted at my frustration and disappointment with a professional acquaintance, and then I hinted at hurt and anger with my mother-in-law and mother. It felt as if I was saying a lot in each of these situations (and I was) but I stopped short of laying it down. It’s not because I typically do this but there was a theme of feeling as if I was out of control of my circumstances in a way that I hadn’t felt since I was a child. It was triggering and in the end, rather freeing.

There is a part of you in these situations that thinks, Hold up a feckin’ second here. I’ve laid it out in black and white. Sure, I haven’t gone batsh*t on you but I’ve made it clear that I’m not happy. Why do I have to give you even more? You were there too.

And you know what? It’s normal to feel this way but what it doesn’t acknowledge is that we’re only really making assumptions about how much they understand or empathise plus we’re using hinting as a way of avoiding taking responsibility.

We’re all different. We all need to communicate. We also need to do less trying to anticipate every feeling and thought that a person might have and more be-ing. We must take care of our own side of the street.

It can feel as if we’re stopping short but only “just a little”, like, I won’t say that last bit because I don’t want you to think that I’m being mean, which might not have been the conclusion they would have drawn anyway. At least they’d be able to get a sense of the gravity of the situation because we’re communicating it. They have an opportunity to respond, as do we.

Our perception of what’s ‘short’ may be another person’s ‘ long’ so we might be leaving something off the table that’s vital to truly communicating our position but also to growing us and growing our relationship. We think we’re going to “third base” but we might only be going to “first base”.

It can feel as if we were crystal clear but when we hint at stuff, we take a lot of the substance out of our communication. We apologise for our feelings and opinions or even put words in the other person’s mouth. We list our grievances and forget to state what we’re going to do or what our expectations are. So many people have heard, “This isn’t working” and not realised that the other party is saying but not saying is, “I don’t want to continue dating/working/whatever with you.”

We know we’re going “all the way” when we say what we mean instead of hoping that others will read between the lines.

You cannot know what you feel if you don’t acknowledge it or express it.

We’ve got to stop being so afraid of “hurting feelings”. It’s not about going the total opposite and not giving a stuff about anything or anyone, but guess what? Whichever way we go, there’s going to be feelings out there and even when we think that we’re not saying anything, avoiding conflict, criticism, rejection and disappointment has a hell of a lot of hurt feelings that come with it— ours and yes, sometimes those of the people who we don’t trust to truly engage and communicate with. We end up carrying deep regrets about all of the things that we wished we’d said and done but didn’t.

I’m leaving my prints here on earth and yeah, I’m sure I’ll ruffle some feathers along the way but at least I’ll know that I was here and that I showed up. Please join me.

Podcast Ep. 263: Some People Might Miss the Point of That Statement You’re Trying to Make
Green Sex - Eco-Sex Kit
Podcast Ep.30: Standing Up To Disrespectful Co-Workers, 'Keep Me In Mind' Letters, Thinking Too Much